A Calvados a day … 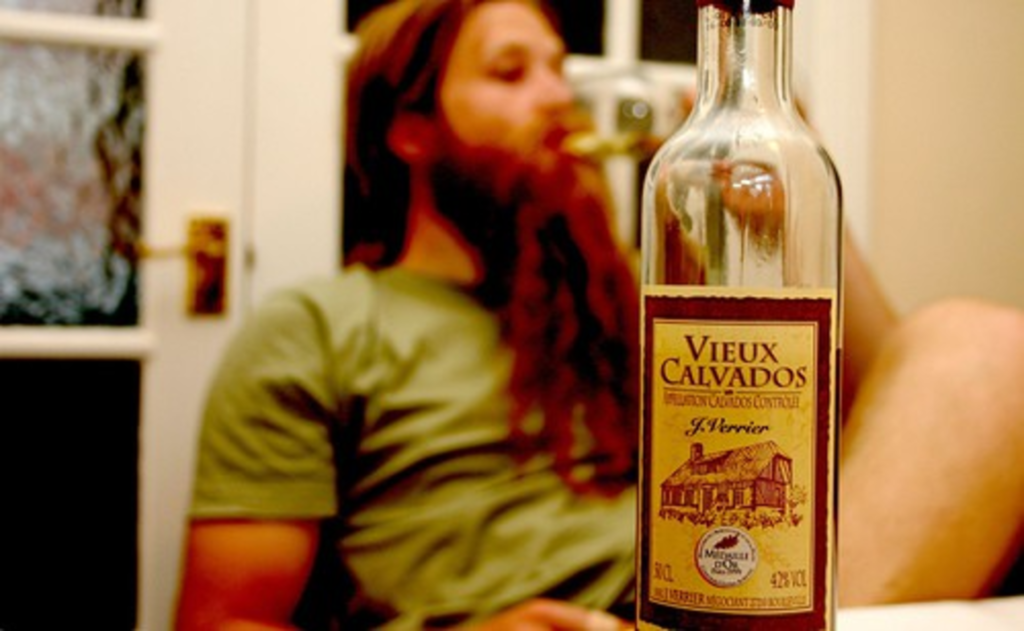 Let’s start with the hard parts. You’re either going to love Calvados or you’re going to hate it. And a decent bottle is going to cost you more than $20 and likely closer to $40 — all for something that may end up gathering dust in the back of your liquor cabinet. That said, there’s a strong case to be made for the apple brandy from Normandy, France.

The process for making Calvados is essentially the same as it was in the 16th century. It’s distilled from fermented apple cider that’s been aged in oak casks for at least two years. The French import was supposed to catch on in 2005.

Washington Post spirits writer Jason Wilson makes the case that Calvados should be widely included on after-dinner drink menus. His most compelling point is that Calvados is a drink you enjoy leisurely:

Calvados also has the potential to be a versatile addition to cocktails and recipes. The Pommeau, a version of the traditional mix of Calvados and cider made with Calvados, apple juice, and champagne, reduces some of the bite that scares drinkers away from brandy or whiskey.

If you’re cooking, try making a pork tenderloin with apples, apple cider and Calvados. It’s a new take on a classic pairing. Or consider a Calvados sorbet with tart apples, lemon juice, and the apple brandy.