A buffet is not always a buffet 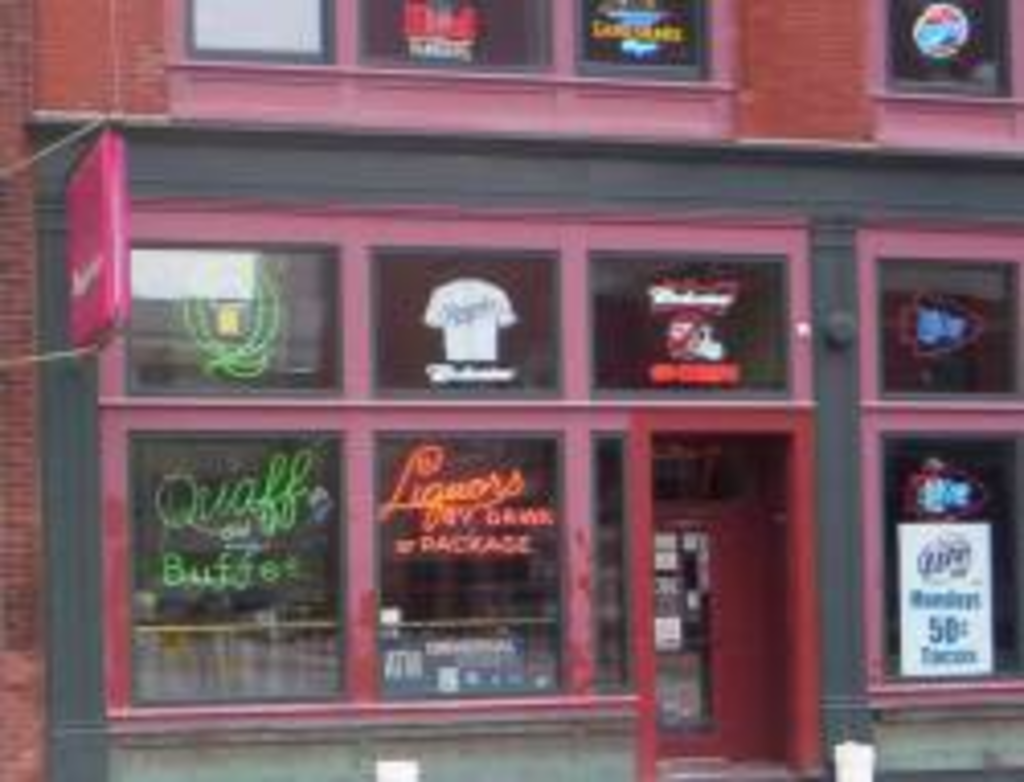 Kansas City still holds many mysteries to me. Like the venerable downtown saloon, The Quaff Buffet, right, at 1010 Broadway. The current owners have operated the Quaff since 1954, but the bar didn’t actually start serving food until the early 1990s. So where did the buffet in the title come from?

Well, I think I may have one answer. While doing some research through the City Directories for a program I gave at the Kansas City Public Library last week, I found out that in the years during and following the end of Prohibition, there were two kinds of buffets in Kansas City. Well, maybe more if you throw in the tradition of calling a whorehouse a “buffet flat.” But that’s another story.

Now back in the 1930s, there were the buffets that actually served food — although not buffets in the sense that they were “all-you-can-eat” joint like a Ryan’s Steakhouse or a Home Town Buffet or the dozens of Chinese buffets scattered all over town— but a combination bar and dining room, like the long-gone El Sereno Buffet and Restaurant, below, which once served American and Italian dishes at 800 Walnut Street.

I love the postcard for the El Sereno Buffet, which claims the place is the “Home of the Hot Tomato Chaser.” If anyone finds a recipe for such a drink — I don’t know if it had booze in it or not — there are a couple of library employees who would like to taste one. The El Sereno was apparently famous for its fried shrimp, one of those dishes that probably tastes really good with a Hot Tomato Chaser.

And that brings me to the other kind of buffets.

There was a long spell after Prohibition ended in 1933 when there were liquor stores that didn’t serve food, but still called themselves buffets, like the Rialto Buffet, the Lobby Buffet and Frank and Georgia’s Buffet. The name of the Quaff Buffet may be a relic of that era.

But the only kind of buffet I want to visit is one that has “All You Can Eat” connected to the title.