A brief history of speedway festivals 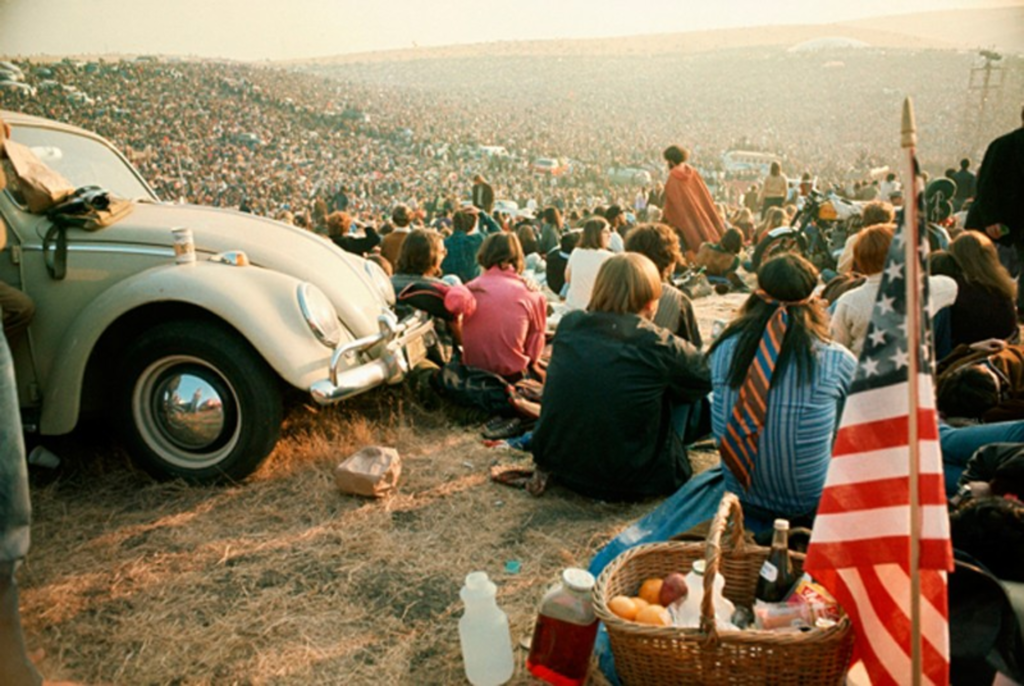 Six weeks before Woodstock, parts of Georgia ran out of ice.

The Atlanta International Pop Festival took place over the Fourth of July weekend in 1969. Janis Joplin, Creedence Clearwater Revival, Joe Cocker, Canned Heat and an up-and-coming English band called Led Zeppelin were among the performers at the Atlanta International Raceway in Hampton, Georgia. With temperatures in the 90s and a crowd of more than 100,000 in attendance, bags of ice were treasured like sacks of gold.

It fits that when the peace, love and music of the late 1960s reached the Deep South, the event where they converged was at a speedway. Stock-car racing developed in the southeastern United States. At the time, the Atlanta International Raceway (now known as Atlanta Motor Speedway) opened, in 1960, the NASCAR series featured drivers who had spent time in prison for running moonshine.

Another chapter in the rich and occasionally dark history of music festivals at speedways will be written when Kanrocksas fills the infield of Kansas Speedway on August 5 and 6. Primus, a band known for the song “Jerry Was a Race Car Driver,” is on the bill, appropriately enough.

Aside from the heat and the long lines at concession stands, the Atlanta International Pop Festival of ’69 was an orderly affair. An article in The Wall Street Journal in advance of the event indicated that Pinkertons and “roving hippie types” armed with Kool-Aid-filled water pistols were in charge of keeping the peace. Later that summer, a festival crowd at the Dallas International Motor Speedway behaved so well that a chief of police went onstage and thanked the audience, according to Join Together: Forty Years of the Rock Music Festival, a 2008 book by Marley Brant.

The good vibes were about to run out, however. By year’s end, a speedway festival would become synonymous with concert violence.

Absent at Woodstock, the Rolling Stones decided to conclude their 1969 U.S. tour with a free concert. The event was hastily organized. A contract between the Stones and the owner of Altamont Speedway, outside San Francisco, wasn’t signed until the day of the show, which drew an estimated 300,000 people.

Inadequately planned and hazy from drug use, the Altamont concert on December 6, 1969, left four people dead. Three of the deaths were accidental. The fourth took place near the stage, as the Stones performed “Under My Thumb.” A young black man named Meredith Hunter got into a scuffle with some of the Hell’s Angels, who had been paid with beer to guard the stage. Hunter was stabbed to death by a member of the biker gang after drawing a revolver.

“If Woodstock was the dream,” a photographer who attended the event later said, “Alta­mont was the nightmare.”

The Grateful Dead was supposed to perform as well. Sensing the danger, that band fled the scene before its time to perform. Four years later, the Dead headlined a festival at a speedway in Watkins Glen, New York, with happier results. In future years, the Allman Brothers, the Band and the Dead would all release music recorded at the track that day.

Eventually, corporations began to recognize the actuarial possibilities of holding festivals at speedways that could accommodate large crowds. ABC Entertainment backed a festival held at the Ontario Motor Speedway, outside Los Angeles, on April 6, 1974. Deep Purple and Emerson, Lake & Palmer headlined the event, called California Jam. The show grossed $2 million, prompting Billboard to call it the “most profitable single rock event of all time.” Ted Nugent, Aerosmith and Heart performed at a sequel — Cal Jam II — in 1978.

A final note about speedways and rock music: The 1976 film A Star Is Born featured Barbra Streisand as a singer on the rise and Kris Kristofferson as her self-destructive love interest. Kristofferson’s character fronted a band called Speedway. Alas, the filmmakers used a football stadium to shoot the outdoor concert scenes.