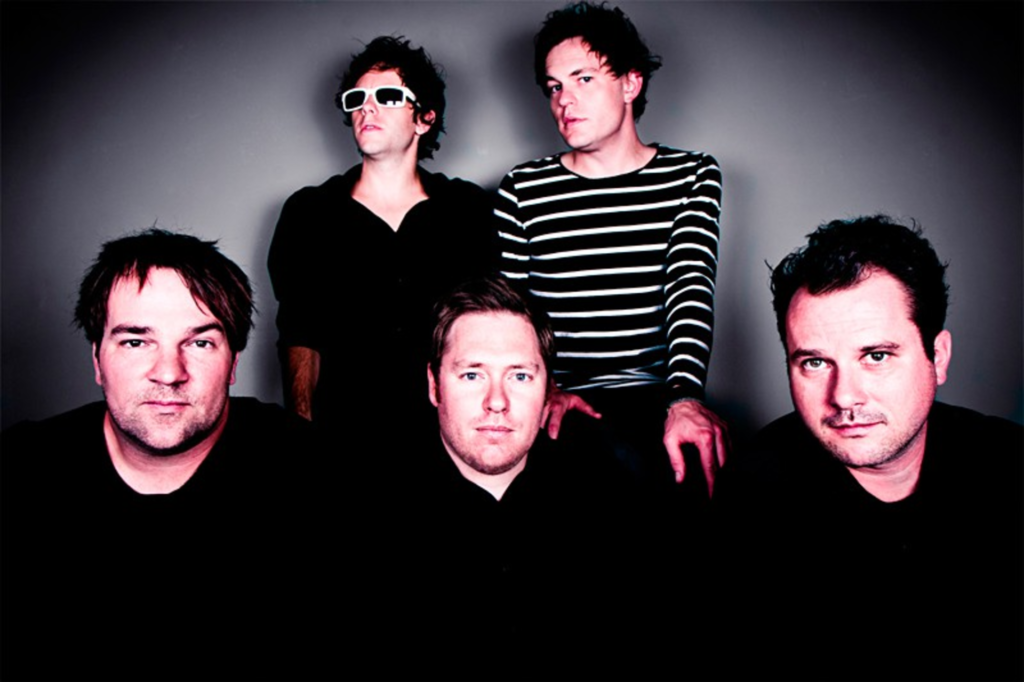 Matt Pryor, frontman of the Get Up Kids, is talking on the phone from his home on the east side of Lawrence. Wonky cartoon sounds echo in the background, alongside a child’s laughter. They’re mundane, domestic noises but, for Pryor, they also signal one of the benefits of taking control of one’s career.

“It was a business and philosophical decision,” Pryor says. He’s referring to the decision that the Get Up Kids made to self-release their music, starting with this year’s forthcoming There Are Rules. When the Get Up Kids released a comeback EP, Simple Science, last year, it was the first time in more than a decade that the band’s music hadn’t been issued by the band’s longtime home, Vagrant Records. (The band had been with Vagrant since the 1999 release of Something to Write Home About.)

“We’re lucky enough to be in the position where we can do something like this,” Pryor says. The Get Up Kids — one of Lawrence’s biggest, most influential bands — have been making music for 15 years. A reunion tour, a new EP, re-forming the band, and a new album are counted among the group’s achievements in the past three years. “We have the knowledge of the years of experience, of putting out years of records, and we know how the system works,” he says.

Pryor brings no false expectations to the band’s split from Vagrant. He calls the time-consuming process of releasing and promoting their own music a “grand experiment,” and he acknowledges that it could all fall apart at a moment’s notice. The trade-offs, though, are worth it.

“It’s work that I can do from home, which is work that I like,” Pryor says. “For instance, today I’m doing interviews while my son’s watching Nickelodeon. Once I’m done with you, I’ll have to take him to preschool.” They’re duties that he’s thankful to have. “I can’t do that if I’m in Toledo or whatever,” he says.

After taking time off in 2005, the Get Up Kids underwent several changes. A slew of side projects came first: Jim Suptic’s Blackpool Lights, Pryor’s the New Amsterdams and his children’s-music project, the Terrible Twos. Rob Pope is also a bassist in Spoon, and James Dewees tours as a keyboard player for My Chemical Romance. The band now arranges the Get Up Kids’ tours around these other acts.

“Schedulingwise, the Get Up Kids takes priority, except when it comes to Spoon and when James [Dewees] has to travel with My Chemical Romance, because they don’t really give a shit one way or another what we do,” Pryor says.

Other bands aren’t the only things the Get Up Kids take into account. Sanity is a priority, too.

“The three-week mark is when you start to lose your mind a little bit,” he says. “If you just want to be a road rat, you can stay on the road for forever. But, after about three weeks, it gets to the point where you’re like, ‘I need to get away from all of you guys. I need to go play with my kids.’ The road is not real life.”

But the road is what brought the Get Up Kids back together. During a handful of festival dates for the 10th anniversary of Something to Write Home About, in 2009, something strange happened: The bandmates started enjoying themselves.

“We were having enough fun that at one of those festivals, in Belgium, we just threw the idea out there of doing a record,” Pryor says.

The resulting album, There Are Rules, was more of a group effort than previous releases. Rather than the individual members bringing completed songs to rehearsal, the band would go into what Pryor describes as “a very small room” to hash out details.

“While they would be playing around with synthesizers and effects pedals, I’d be holed up in the garage trying to write lyrics, and just go from there,” he explains. “It was a very organic, community-oriented way to write. It also takes a really long time because you have to take all the ideas and see which ones work.”

The ideas that worked became There Are Rules. The Get Up Kids’ fifth full-length steps away from the scrappy, guitars-and-drums approach of past albums — records that influenced bands such as Fall Out Boy and Midtown. Synth and reverb populate the new tracks, introducing a tinge of Joy Division and New Order. Pryor attributes this to Rob Pope and drummer Ryan Pope as well as the record’s producer, Ed Rose.

“I feel like we’ve never made the same record twice,” Pryor says. “We’re in a very lucky position in that we have a fanbase that’s gone through its ups and downs with our evolution as songwriters.”

That’s why Pryor can hang up the phone, take his kid to preschool, and go back to being a rock star. He’s earned it.