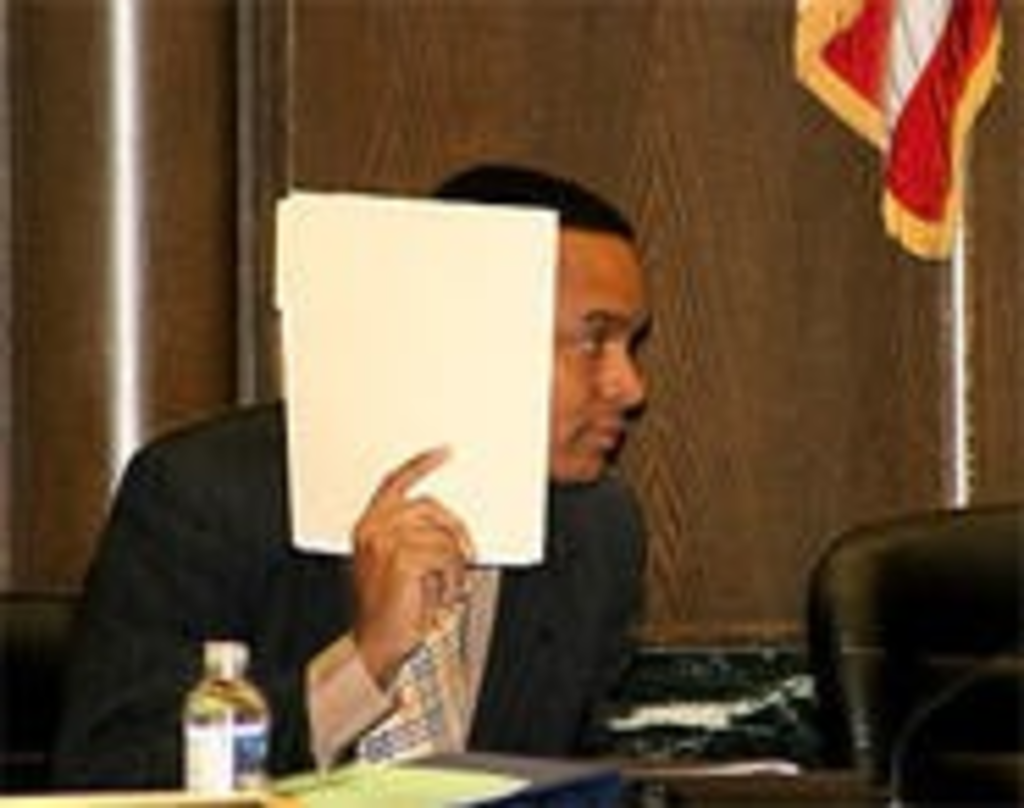 In July 2000, Kansas City Councilman Troy Nash led a six-day vigil at 39th Street and Prospect. Nash and members of the crime-fighting group MoveUp camped out in tents and an RV in an effort to interrupt the drug and prostitution trades, if only for a week.

The event drew attention to one of Kansas City’s most desperate corners. Afterward, residents, merchants and city planners got together to sketch ideas for an effort called the Prospect Corridor Initiative. They wanted to make Prospect the envy of urban redevelopment.

Today, two vacant lots and two failed businesses front the intersection of 39th and Prospect. One of the dead businesses, a liquor store, was open at the time Nash and friends staged their “144-hour marathon.” Now there’s a padlock on the door, and someone has spray-painted the word “shitt” against a wall. Not even the steady flow of alcohol, it seems, could stop the bad-spelling armies of blight.

Nash was a first-term councilman when he camped out on Prospect seven years ago. Intelligent, good-looking and determined to succeed (the son of a single mother, he’d earned a law degree after serving in the Air Force), Nash arrived at the City Council dripping with promise. But like the Prospect Corridor Initiative, he amounted to something less.

The predominantly black 3rd District might have entirely new representation at this time next week. Term limits are forcing Nash’s departure from the at-large seat. Saundra McFadden-Weaver is running for re-election to the in-district seat while under federal indictment for mortgage fraud.

A trial should determine whether McFadden-Weaver is just a fool or, as one 3rd District resident put it to me, a woman with “larceny in her heart.”

The project got federal funding from a community development block grant. In 2002, after 10 months of community meetings, the people who worked on the initiative produced a 127-page “action plan.”

The plan is professional and even practical in places. But the whole endeavor gave off the unmistakable aroma of a patronage scam, with Troy Nash in the role of favor-dispensing ward boss.

Kim Carlos, who was Nash’s aide, and Stan Counts, who worked on Nash’s campaign, got contracts totaling $109,800 to staff the Prospect Corridor Initiative. Mary Williams-Neal, McFadden-Weaver’s predecessor, called the arrangement “appalling” when it came before the council.

Williams-Neal’s instincts were correct. The Prospect Corridor Initiative was supposed to last, but when I went looking for it last week, I found a dead guy.

The address for the Prospect Corridor Initiative led me to a house near Prospect and 39th. It looked like the “before” in makeover shows. Shingles spilled off the roof. A scorched lawn belied the signs of spring evident in neighboring yards.

Hammond Robinson, the Prospect Corridor Initiative secretary, had lived at the address. He died last December. A neighbor told me that Robinson had been dead for two weeks before anyone discovered his body.

“We never got any money,” Lyons tells me. “We’ve never had any money.”

The strategic plan talks about the Prospect Corridor Initiative becoming self-sufficient one day. Yet Lyons says the group doesn’t even have a checkbook. Carlos and Counts, it turns out, were off to other things once the grant money ran out and the fancy reports had been completed.

Pressed for details, Lyons says I should talk to Nash. I tried, but the councilman won’t agree to an interview. Nash stopped speaking to the Pitch after we reported that he billed the city for meals eaten by his wife, daughter and sister. We also called him a “dumbass” for his support of a Tax-Increment Financing project.

It’s not nice to call someone names. But when it comes to TIF, Nash let down his district.

An economic-development tool, TIF was intended to bring progress to areas that the free market has ignored. But the city has allowed developers to use it for ritzy projects around the Plaza and in the Northland.

Nash chairs the city’s Planning and Zoning Committee, which considers all TIF plans. And there are only two TIF plans in the 3rd District, the lowest number in any council district — an ugly reflection on Nash’s work.

Another example: In 2003, Nash said he wanted to make sure the Planned Industrial Expansion Authority — an obscure city agency that has exempted millions of dollars’ worth of property from the tax rolls — wasn’t abusing its power. But the PIEA is no more accountable today than it was then. The city’s main development agency, the Economic Development Corporation, can’t even tell you when the PIEA meets.

As Nash let developers run roughshod, he grew apart from the people working to improve their neighborhoods. Ronald Heldstab, president of the Lykins Neighborhood Association, tells me that he’s “very disappointed” with Nash.

Heldstab says he supported Nash early in his career, only to watch the councilman become less and less engaged. “He just fell apart,” Heldstab says. “I felt we got not very good representation toward the end.”

Nash, the chairman of the board of People to People International, a kind of foreign exchange for grown-ups, appears to be grooming for a career as a diplomat. “I think he’s decided to move on to bigger and better things,” Heldstab says, expressing a common view among those who pay attention to City Hall.

I don’t profess to know all that Nash went through as a councilman. His terms coincided with the reign of a mayor, Kay Barnes, who punished anyone who wasn’t drinking eagerly from the same bucket of Kool-Aid. And dealing with the venality of some inner-city clergymen and other grant hustlers would wear on anybody.

But it has been sad to watch Nash sleepwalk through his second term.

Of course, next to his 3rd District colleague, Nash looks like a statesman.

Tamara Copple, the president of the Independence Plaza Neighborhood, tells me that Nash pushed through a request for a water playground at 10th Street and Agnes. It opens in May.

But McFadden-Weaver? “I never got a phone call from her,” Copple says.