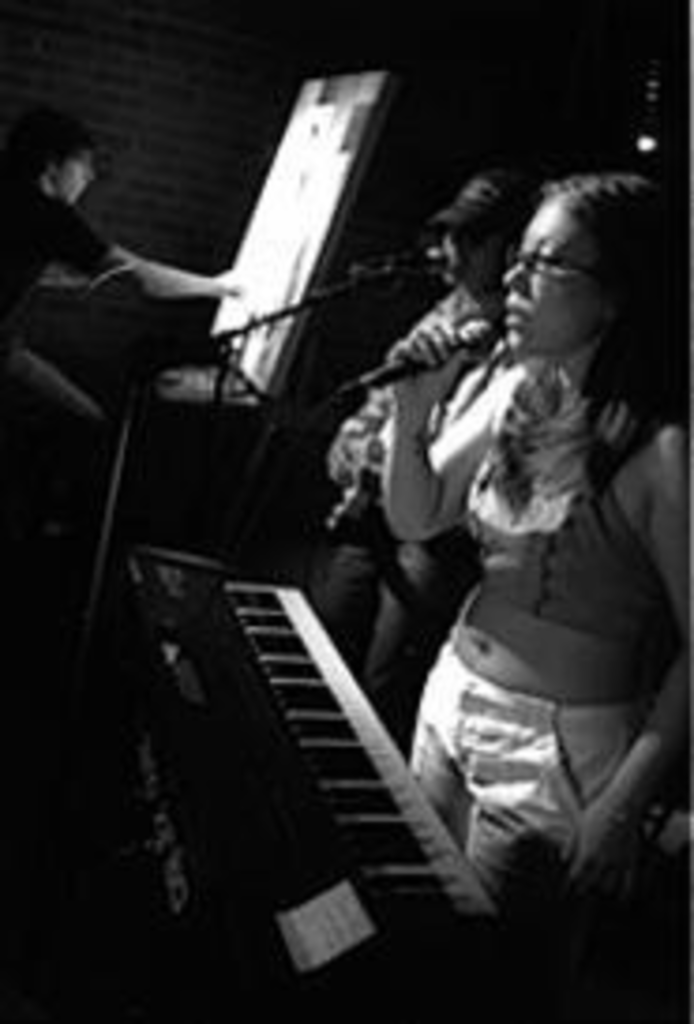 The idea came from Ray Narbaitz (of the band Simon Wonder Brown). When the owner of Joe D’s asked him to perform on Sunday nights, Narbaitz decided to use the low-pressure time slot to try something different.

This week, Lakeshore Drive plays in a style that Narbaitz compares to the goofball band Tenacious D because of the duo’s lippy between-song banter. “It’s not a squeamish, folksy kind of vibe, which is cool,” he says. The evening’s live painter is Adam Fox, who doesn’t necessarily paint portraits of the musicians; he lets his mind wander. Funk DJ Oro Negro (James Reed) finishes off the night each week.

Crowd size varies. “We had Aaron Baker playing not too long ago,” Narbaitz recalls. “He’s kind of the Elvis of 39th Street, and we drew a huge crowd.”

Joe D’s may have an upscale feel, not to mention a distinguished older cousin residing in Brookside (BKS!), but the regulars are laid-back 39th Street folks. Expect a $2 cover charge. For information, call 816-561-3663. — Gina Kaufmann

People who enjoy the popular sport of French bashing now have an opportunity to put those feelings toward a charitable cause. For Cinco de Mayo, a celebration of the Mexican defeat over the French in 1862, two philanthropic societies are throwing a bash called Viva la Fiesta.For $25, partygoers get live music from pop-rockers the Daybirds; food from Baja 600, Mi Cocina, re:Verse and Rudy’s Tenampa Taqueria; beer and margaritas. If sipping margaritas on the patio of the Plaza West building (4600 Madison) does not, on its own, satisfy your social conscience, rest assured that proceeds from the event are going to the Kansas City Ronald McDonald House, providing a home for families of seriously ill kids receiving treatment in the city; and to Operation Breakthrough, which offers food, clothing and medicine to inner-city children.

Festivities take place from 7 p.m. until midnight, giving revelers at least one day to sleep off the good times before the real May 5. For information, see www.bacchus-kc.org. —Liz Smith

After opening for the Yeah Yeah Yeahs in New York City last May, the Ssion got this review on a French Web site: “Autant dire que c’est completement inaudible. J’adore.” (Suffice it to say it’s completely unlistenable. I love it.) Combining screaming vocals, crazed dancing and barnyard animal costumes, the Ssion performs its new album, Opportunity Bless My Soul, at 10 p.m. at Your Face (925 West 17th Street). For information, call 816-472-1854. — Gina Kaufmann

Museumgoers learn about the stylish 1920s-’40s.

The Jazz Age spawned a number of now-collectible cocktail shakers, such as the bullet shaker, which looks like a standing metal bullet, as well as various shapes of glass shaker. In Art Deco: Cocktail Shakers and Movie Palaces 1920-1940, visitors to the Nelson-Atkins Museum of Art (4525 Oak) can learn about these vessels of drunkenness and other art-deco legacies. The free lecture covers architecture and decorative arts popular between World War I and World War II from 6 to 7 p.m. in the museum’s Atkins Auditorium. Dinner set to live music will be served in Rozelle Court from 5 to 8 p.m. For information, call 816-751-1278. —Gina Kaufmann