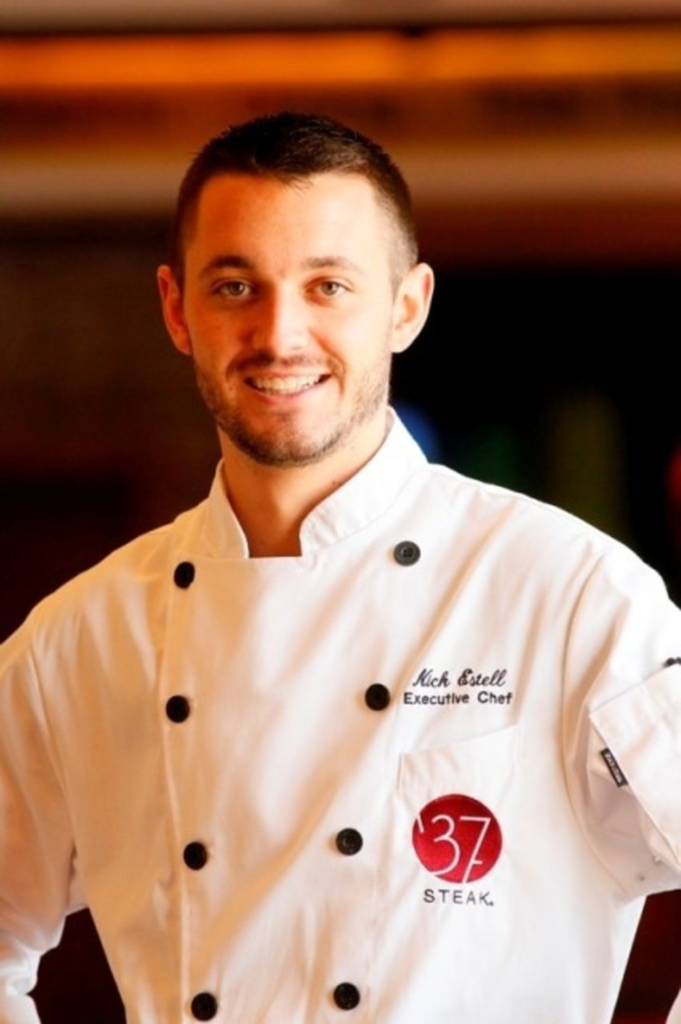 Chef Nick Estell is gearing up for Tuesday night.

He won’t be watching the sixth game of the World Series. He’ll be too busy in the kitchen of ’37 Steak, the four-month-old steakhouse — a fancy steakhouse, unlike its predecessor the Range — grilling ri- eyes and lamb chops for the high rollers from other Harrah’s properties.

Harrah’s Kansas City has been hosting its high-rolling patrons since the beginning of the World Series, says 26-year-old executive chef Estell, who took over the kitchen at ’37 Steak over the summer after being wooed away from his previous job at another venue for big gamblers, the Final Cut Steakhouse at the Hollywood Casino.

Estell, a former sous chef at the American who had also worked at Celina Tio’s Julian and the Michael Smith Restaurant, likes the opportunity to build a new restaurant brand and sees the job with Harrah’s to be a positive step in his career. “Definitely in terms of job security and benefits,” Estell says.

Estell won’t be implementing his own changes to the ’37 Steak menu until later this year, but he says he’s hoping to “push the envelope a bit,” at least creatively.

“This restaurant is not your typical casino steakhouse,” Estell says. “We still have people coming in to look for the Range and see our menu and walk out. But this restaurant is for the high-end customer who appreciates the kind of menu and service we provide, particularly for special occasions, holidays and family gatherings.

“We’ve been swamped this past week because of the World Series games. A lot of important patrons are staying with us, and they want the top-of-the-line cuisine.”

No matter who wins tomorrow’s game, you can bet the customers will be eating — and drinking — well at ’37 Steak at Harrah’s Casino.