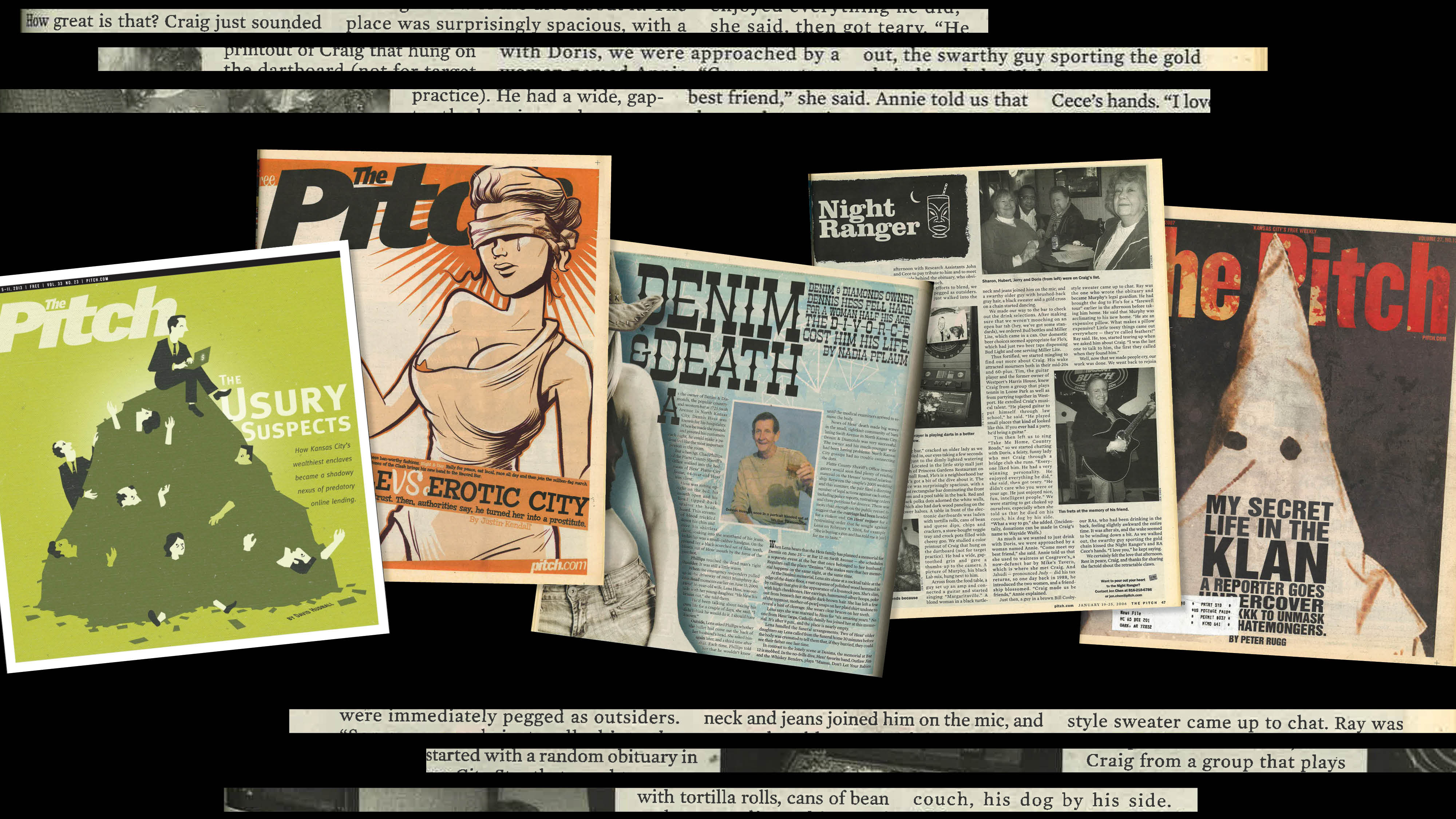 The Kansas City Missouri School District’s endless accreditation woes nearly stopped two students from Central High School from becoming national debate champions. Joe Miller followed this story for years, and the series ultimately became a book: Cross-X: The Amazing True Story of How the Most Unlikely Team from the Most Unlikely of Places Overcame Staggering Obstacles at Home and at School to Challenge the Debate Community on Race, Power, and Education.

Coach Rinehart says her teams have lost rounds in Missouri because an opposing team will abandon the debate topic and argue to the judge that Minton and Leach talk too fast and that “speed is killing debate.”

The team’s invitation to the TOC in Kentucky was an extraordinary accomplishment considering the forces arrayed against Central’s students, who hail from some of the poorest areas of the city. Though the school was once a standard bearer for Kansas City’s black community, it is now one of five “academically deficient” schools the state has identified in Kansas City.

A murder in a cemetary leads Allie Johnson into a long, tragic look at the lives of disaffected teenagers, with entanglements that led to homicide.

The girl’s best friend watched the other mourners. A slim, pale young man dressed in black walked to the casket, leaned over and stared at the body for a long moment. He had been one of the last people to see her alive on the night of her murder. Her friend began to sob quietly.

Nearly everything in the room is stained — sheets, towels, carpet, curtains, mirrors, television, desk, sink and bathtub. There are stains in this room, I realize with some concern, that are older than I am.

The Pitch’s Kendrick Blackwood followed a group of local BASE jumpers for over a year as they planned (and executed) jumps off of downtown Kansas City high-rises. The story offers a vivid picture of downtown, just as it was on the brink of its “renaissance.”

The building is going to be part of the downtown renaissance. It’s being converted to high-dollar apartments, part of a citywide effort to make downtown a 24-hour destination. But for now, downtown is still mostly dead at night, and the building is a target for BASE jumpers.

It could be done. The men have their rigs in the car. The trunk is packed with a survival kit of sorts: BASE-jumping parachutes, duct tape, helmets, an aircraft map with tower heights, mini-digital camera, two-way radios, a blue light to toss from the top, a utility knife and a pry bar.

But it’s raining just a little. They aren’t sure about the wind. And there is no ground crew, no one to drive the getaway car. No one except the Pitch.

It is exceptionally difficult to choose one piece to represent the late Charles Ferruzza, The Pitch’s iconic restaurant critic. Every piece he wrote had at least one line that would remind you why he was so loved—funny, catty, and knowledgeable, his was a voice you could trust. Although so many of the restaurants he wrote about have subsequently closed, his columns are precious little time capsules that provide a true sense of Kansas City and some of its history. Look back through his archive to 2005–07, and you’ll see just how much KC has changed.

Downtown Kansas City still had a glimmer of life when the Spinos took a gamble and built a new restaurant at the corner of Admiral and Grand. But the pulse was fading fast — the once-thriving entertainment scene known as the River Quay, on the other side of the highway loop, had already gone from coolsville to ghost town. And things were equally grim a few blocks to the west, where the bawdy dives and strip clubs on 12th Street were slated for demolition and several big movie palaces and department stores had been either closed or razed.

Anthony’s has outlasted most of its urban contemporaries, including the venerable Italian Gardens and Jennie’s. Why? Maybe it’s thanks to the little shrine to St. Jude — the patron saint of hopeless causes —mounted on the stone bluff facing the restaurant’s parking lot. A friend of mine scoffs at that theory. “The reason Anthony’s carries on,” he insists, “is that it’s the last real no-bullshit, smoker-friendly, unpretentious Italian-American joint left in town. You know what Buca di Beppo pretends to be? Anthony’s is the real thing.”

In her weekly Night Ranger column, Jen Chen basked in Kansas City’s nightlife, beer or vodka cran in hand. One week, she read an intriguing obituary and headed to Flo’s in South KC to crash the deceased’s wake. There were so many great Night Ranger pieces, but this one is sweet, sad, and still funny.

Just then, a guy in a brown Bill Cosby-style sweater came up to chat. Ray was the one who wrote the obituary and became Murphy’s legal guardian. He had brought the dog to Flo’s for a “farewell tour” earlier in the afternoon before taking him home. He said that Murphy was acclimating to his new home. “He ate an expensive pillow. What makes a pillow expensive? Little teeny things came out everywhere — they’re called feathers!”

Surely Peter Rugg could not have known that his 2007 piece on “infiltrating” the KKK would be remarkably relevant in 2020.

The oddness of the situation was compounded by having to answer to a name that wasn’t mine. He thought I was serious about fighting for white supremacy. He’d even suggested that the two of us should found a Klavern — essentially a local gang with Robb’s blessing. I immediately regretted ordering the nacho platter.

Justin Kendall wrote a portfolio of stories exposing corruption and hypocrisy. Here, he goes far beyond the salacious headlines and tells the story of a nearly unimaginably horrific case of child sexual abuse.

Herd has a smirk on his face as he looks over his left shoulder at his family. For a man who has agreed to serve 18 years in federal prison, and whose victim can be heard sobbing uncontrollably, Herd looks like he’s in a good mood.

“The ballad of bar owner Dennis Hess started as a love song and ended with his suicide” by Nadia Pflaum, October 22, 2009

This piece by long-time staff writer Nada Pflaum illustrates what The Pitch has always brought to Kansas City—profiles of people and places that you won’t find anywhere else. This story paints a picture of a specific time and place as it tracks the seedy backstory of a North Kansas City honkytonk and its owner’s suicide.

At the Denims memorial, Lena sits alone at a cocktail table at the edge of the dance floor, a vast expanse of polished wood hemmed in by railings that give it the appearance of a livestock pen. She’s slim, with high cheekbones. Her earrings, hammered-silver hoops, poke out from beneath her straight dark-brown hair. She has left a few of the topmost, mother-of-pearl snaps on her plaid shirt undone to reveal a hint of cleavage. She wears clear braces on her teeth.

Lena says she was married to Hess for “six amazing years.” No one from Hess’ large, Catholic family has joined her at this memorial. It’s after 9 p.m., and the place is nearly empty.

In a massive investigation, David Hudnall blew the lid off of an exploitive, get-rich-quick online payday lending scheme being run by some of Kansas City’s most wealthy and supposedly upstanding citizens, and highlighted the dilemmas it posed for the parishes and charities that benefited from the ill-gotten gains.

Regarding the church’s position on payday lending, the Rev. Patrick Rush, pastor at Visitation, notes the lack of specificity in the Bible as to what would constitute usury in modern times. “I think in today’s world, you would have to make the judgment of what constitutes a legitimate interest rate versus what constitutes an exorbitant interest rate,” he says.

Where does 700 percent fall in that judgment?

“I would say that’s an exorbitant interest rate,” Rush says.

Pitch stories published prior to 2000 cannot be found online.