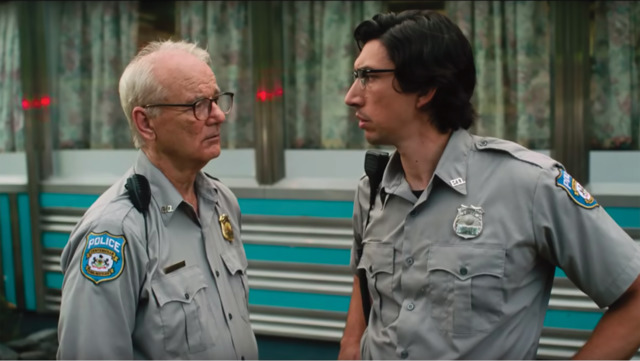 A zombie movie isn’t the first thing you’d expect to open the prestigious Cannes Film Festival, but The Dead Don’t Die, which hits theaters June 14, isn’t like any zombie flick you’ve seen. One way you know that is because Jim Jarmusch wrote and directed it.

The legendary writer-director — Jarmusch has had 11 films at Cannes over the last 35 years and won the coveted Palme d’Or in 2005 with the Bill Murray drama Broken Flowers — makes films known for their deliberate pacing, philosophical musings, and a quiet stillness that allows viewers time to think. They’re intimate. The Dead Don’t Die is intimate, too, but it’s also laugh-out-loud funny. The sense of humor is dark and dry as a bone, but the movie maintains a genial quality throughout. It is also the least pretentious of the 66-year-old filmmaker’s movies, sometimes feeling less like a fully realized film than a mischievous hang-out session with the uber-talented usual suspects from his previous films — Bill Murray, Adam Driver, Tilda Swinton, as well as musicians Iggy Pop, Tom Waits and the RZA.

Yet despite its essential silliness and the fun it has with genre tropes, the Jarmusch Zombie Party also manages to let some of that patented Jarmusch melancholy creep in as well. In between the flesh-eating and the beheadings (which themselves are never played for laughs), The Dead Don’t Die is elegiac — a sort of funeral for 20th century Americana.

Murray plays Cliff Robertson, the tired police chief of Centerville, Pennsylvania, a sleepy town with a population of 723. Ronnie Peterson (Driver) is his no-nonsense partner, and with officer Mindy Morrison (Chloë Sevigny), the trio makes up the entirety of the city’s police force. They first sense something is amiss when it’s still daylight at 8pm, and the next morning, two people are found mutilated in the diner. Is it the work of some kind of wild animal? Or several wild animals? When Cliff and Ronnie are alone, Ronnie states the truth as he sees it: “I’m thinking zombies.”

It’s refreshing to see a world where The Night of the Living Dead already exists, and you don’t have to wait for the characters to catch up to what’s going on. Setting the movie in George Romero’s home state is no doubt a tribute, and the zombie pioneer is even referenced by name — as is Sturgill Simpson, who sings the theme song and later shows up in a cameo as a guitar-dragging zombie. Why is Tilda Swinton a Scottish samurai mortician who prepares dead bodies with drag makeup? Because she’s Tilda Swinton, that’s why. The Dead Don’t Die has enough winking self-reflexivity to make Deadpool blush. It’s refreshing, and it leads to some of the film’s biggest laughs, though it can be maddening if you’re trying to find an emotional marker.

The movie’s zombie invasion, and Ronnie’s measured reaction to it, is a metaphor for the wacko political environment we live in and the apathy that allows it to continue. If little acorns keep landing on our head, it doesn’t mean the sky is falling. Or does it? In The Dead Don’t Die, the pundits on the radio say the Earth has swung off its axis, but insist it’s not the result of polar fracking. The irony, of course, is that people are still deflecting blame. When an environmental apocalypse disrupts every living (and undead) creature on the planet, it’s a little late for that.

Although Jarmusch is directing his actors to deliver his signature brand of low-key performances, that doesn’t mean the movie itself is subtle. Like the dire climate change warnings we’ve been getting lately from countless global studies, The Dead Don’t Die is as unmediated and direct as it gets, from its breaking of the fourth wall to its messaging. Jarmusch zombies talk, but it’s mostly just one-word exhortations of the thing that gave them joy when they were alive. This is an extension of another Romero idea, but it’s still pretty funny to hear zombies wandering around aimlessly, looking at their phones and bleating “Coffee!” and “Wi-fi!”

On its surface, The Dead Don’t Die is a bit of a lark, but it’s also a warning. Jarmusch wants to wake us up from our tendency to accept the hostile aberrations around us as the new normal. Ronnie especially has a sense of resignation about everyone’s fate; he repeats throughout the film that he thinks it will all end badly. But if we know how the story is supposed to end, we can change it for ourselves, right? Through all the movie’s lighthearted pessimism, the most hopeful thought comes from RZA the Wu-PS delivery driver, who says, before everything goes to hell: “The world is perfect. Appreciate the details.” 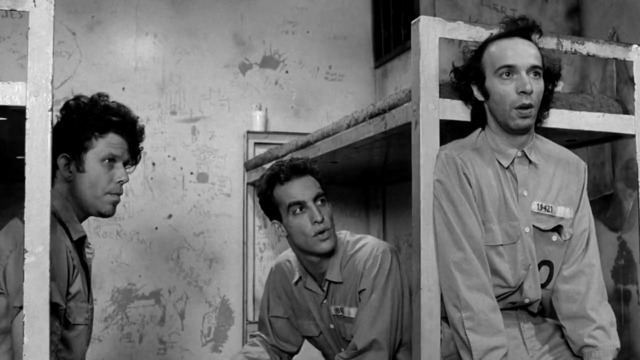 ♠ Paterson (2016). Adam Driver is a kind, content adult who drives a bus for a living in Paterson, New Jersey. He also writes poetry inspired by the people in his daily life in this touching drama, streaming now on Amazon Prime.

♠ Only Lovers Left Alive (2013). Having influenced music, science and literature, two centuries-old vampires, played by Tilda Swinton and Tom Hiddleston, live quietly in the shadows of the modern world. Rent or buy this evocative drama on Amazon.

♠ Broken Flowers (2005). Bill Murray plays an aging former Don Juan who receives an anonymous letter informing him he has a son he never knew about. A road trip to visit former flames ensues in this quietly moving film about loneliness. Rent or buy on Amazon, Google Pay, or YouTube.

♠ Dead Man (1995). This surreal, black-and-white western depicts a 19th Century America struggling with its identity during the age of industrialization. Johnny Depp plays a meek accountant. Now streaming on the Criterion Channel.

♠ Down By Law (1986). Tom Waits, John Lurie, and Roberto Benigni play incarcerated cellmates hatching a plan of escape. But the film centers less on the jailbreak and more on the relationships between these three very different men. Now streaming on Kanopy and the Criterion Channel.