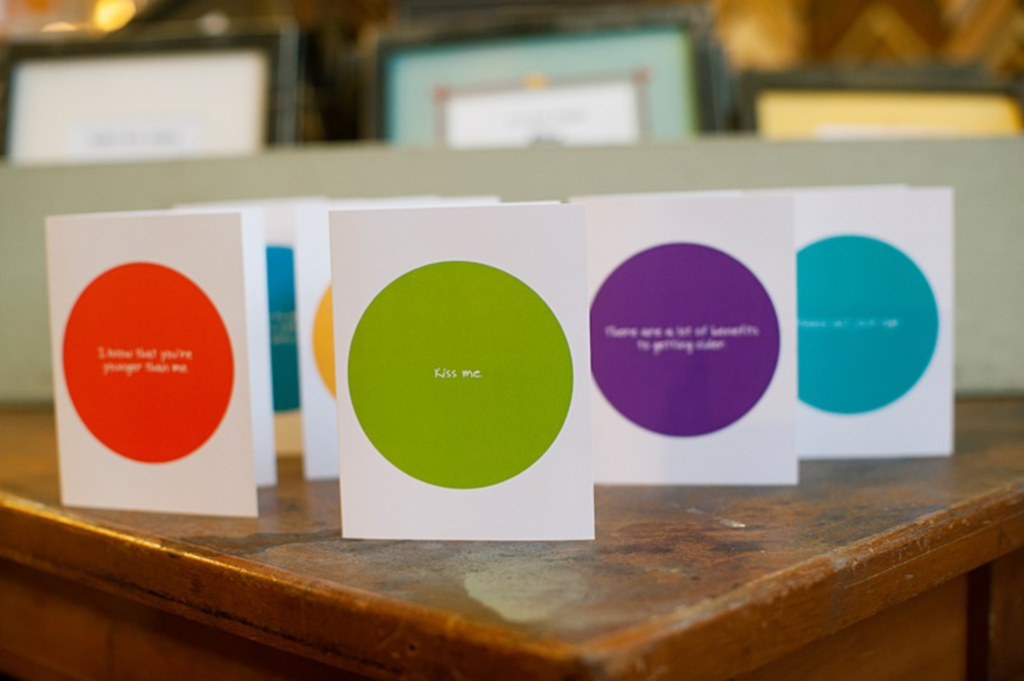 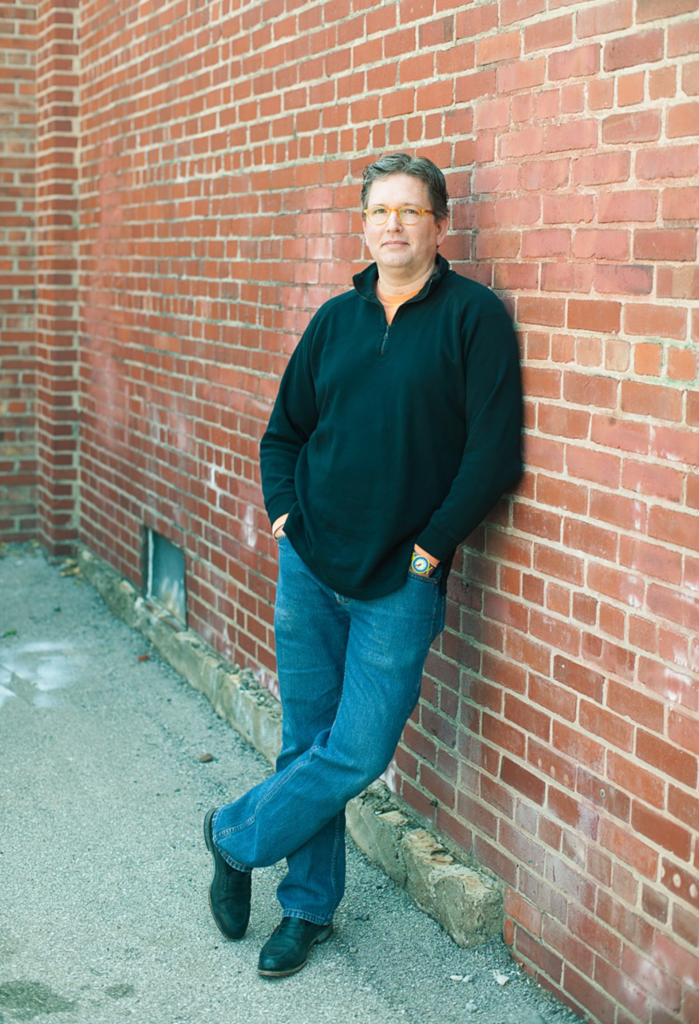 Harl Van Deursen is the quiet, funny guy of the group. When you forget about him, he delivers a deft one-two punch.

So it makes sense that Van Deursen is the voice behind Zippernut Press — a poetically irreverent greeting-card line that was making people laugh long before the Someecards that dominate Facebook gained in popularity.

The Brookside shop Stuff began selling his cards eight years ago, and they quickly reached unprecedented popularity, especially the ones that dropped the F-bomb. The best-seller does particularly well at graduation. “Today is the first day of the rest of your life,” the front says. Inside: “Don’t fuck it up.”

This month, Van Deursen takes his after-midnight, home-based creative outlet to the next level.

He’s debuting an art rework and a new website and expanding his line outside greeting cards and notecards. The latest products: notepads and sticky notes bearing zingers such as “Procrastination Agenda” and “Get this shit done,” along with journals.

A national distributor once ordered 20,000 of Van Deursen’s cards and spread them to shops as far away as Bermuda. He’s now in the market for a new distributor — a trip to the annual National Stationery Show in New York City is lined up later this month to search for the right avenue to further his cards’ reach. If all goes well, the rest of the nation could soon join Kansas City in embracing Van Deursen’s outlook on life.

“I see what bothers people — especially things that don’t really matter in the big picture or are beyond their control,” he says. “I really don’t see the point in being morose about things that are inevitable. Things that happen happen and have to be accepted, and it’s often easier to accept things with a bit of humor.”

Van Deursen, 49, set out to write not greeting cards but music. He was a music-composition major at Northwestern University in Evanston, Illinois, until he switched to computer science. He now works out of his Hyde Park home as a computer consultant, a trade in which he’s known for code-writing brilliance.

Meanwhile, a friend kept telling Van Deursen to channel his sense of humor into greeting cards. His own card-aisle frustrations eventually prompted him to heed the advice.

“So often, the big card companies put out these cards that are supposed to be funny, but the result is, you feel like you do when your uncle tells a joke and you laugh because you have to,” he says. In trying to avoid offending someone, he adds, the writers of those cards miss people’s real thoughts and instead land in puddles of sap and smarm.

His ideas started flowing late at night, after his brain had turned off life’s obligations. One of the first cards, in what has grown into a line of more than 300, goes: “I can’t believe you just turned a year older. Looks more like ten.” (He avoided foulmouthed cards at first but changed course when the profanity he threw out stuck.) That early card asks others to adopt his view on age.

“I’ll be 50 in September, which I know is something everyone thinks I should be worried about,” he says. Certainly, he adds, other people are too worried about their own age — so much so that many fail to enjoy life. “I will continue to do things as though my age were not a factor because, until I can’t do something because of my age, my age is in fact not a factor.” (Van Deursen is rarely seen without his favorite forever-young accessory: a Lego watch.)

Those who know Van Deursen well aren’t surprised that he came out with an unorthodox product, because he’s not one for the status quo. He likes to do things his way — a quality that he says makes him unfit for an employee role. What he calls his anal-retentive tendencies have resulted in his doing virtually everything for his products. He made the zippered, bulging peanut logo (the name Zippernut comes from a nickname that Van Deursen and his wife gave their son, Dakota, when he was little) and created a font that resembles his handwriting. He holds the designs to bold yet sparse color to keep the focus on the words, and he serves as Web designer and webmaster. He does outsource the printing (to Soli Printing), mostly because demand for his cards outpaced his own printing and folding capacity.

His wife, Sloane Simmons, and her sister, Casey Simmons, own Stuff, so Van Deursen’s pursuit of a place to sell naturally led to Brookside. (Stuff has sold an eclectic mix of artists’ creations since 1996.) The store began selling his cards on consignment in 2005. The next year, he launched Zippernut’s “Cancer Sucks!” line. The most popular card in the set reads: “Cancer. It just fucking sucks.”

He donates a portion of his profits from the cancer line to the Susan Henke Miller Breast Cancer Research Fund at the University of Kansas Cancer Center. Henke Miller, who is in remission from breast cancer, and Van Deursen are former co-workers.

“When I was battling cancer, there was nothing like Harl’s cards out there,” Henke Miller says. “I wish there would have been. Harl is brilliant for taking the risk.”

At Stuff, Zippernut is not only the No. 1 greeting-card line but is also among the store’s top-selling items overall. Casey Simmons says, “What is really remarkable is that out of the more than 300 artist sources we represent, he ranks up there with a fine-art painter and a jewelry artist. It’s so surprising to see cards up there. I never would have predicted his smart humor would manifest itself in this way.”

When Casey Simmons is in her office in the shop, she knows when a customer has found the Zippernut display. The unexpected, genuine laughter gives it away, she says. And often, the sound accelerates into two people cackling. “It’s this contagious type of humor,” she says.

Van Deursen knows the scene well. A self-described introvert who loves attention, he can’t resist anonymously hanging out near the Zippernut display. The lurking has translated into lessons in human psychology. He knows now that people prefer masked flattery. For instance, you’d give this card of his only to someone you really like: “You have always been more popular than me, but I’ve learned to accept it and it doesn’t bother me so much any more. Bitch.”

“I’ve determined people are buying these for the shock and awe,” he says. “It’s like giving someone a friendly little bitch slap. And the harder the slap, the more people seem to love it.”