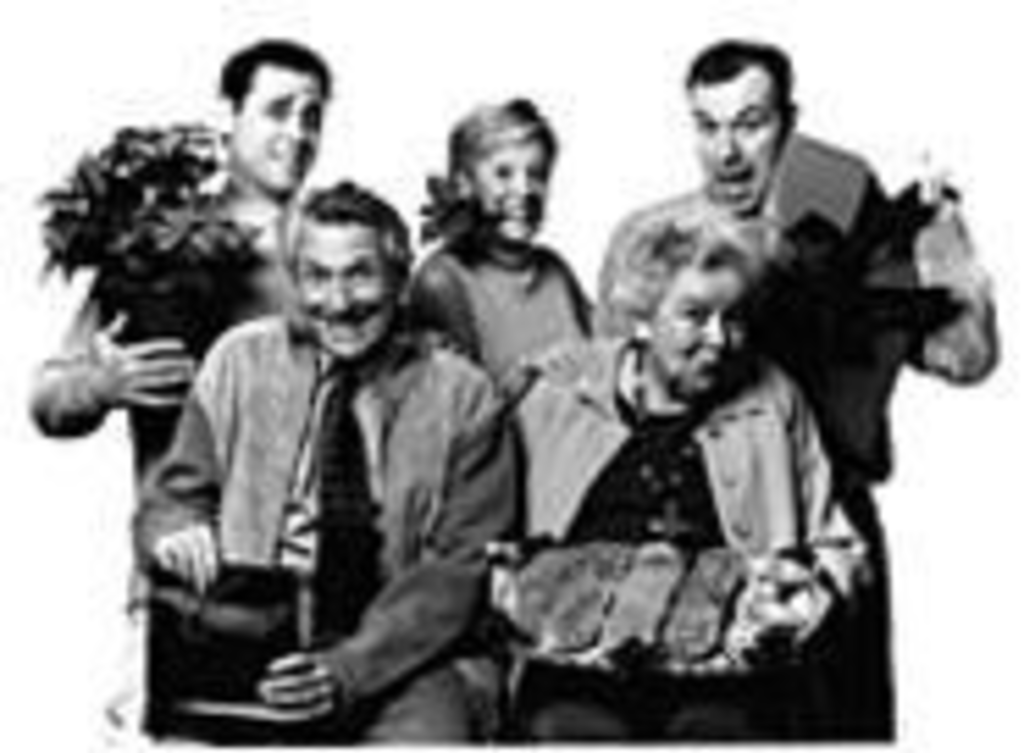 Holiday stress can make quivering Jell-O out of the strongest citizens. Robert Fulgham, whose essays about the ironies of being a grown-up formed the best-selling book and musical All I Really Need to Know I Learned in Kindergarten, is in familiar territory with the seasonal tales that make up Uh-Oh, Here Comes Christmas. But the American Heartland’s show is like a white elephant gift exchange — it’s funny for a minute, but you’d just as soon have something you can use.

Adapted by Ernest Zulia and David Caldwell, the latter chiming in with a handful of original songs, Uh-Oh prompts the mild expletive of its title. I caught myself thinking, Uh-oh, these songs are really awful, only to be caught off guard in the second act by a pretty number about the winter solstice. (Caldwell’s lyrics don’t know when to stop, though; each line has about four words too many, most of which stretch the definition of rhyme.) Later, I couldn’t escape the sense that uh-oh, here is a talented cast stuck with subpar material. Then Joicie Appell delivered a monologue about the strange perpetuity of poinsettias that was so witty it made me laugh out loud.

Joining Appell are Melinda MacDonald, Brian Patrick Miller, Richard Alan Nichols and Terry O’Reagan. Fulgham and his adapters want to make statements about the crassness and commercialism that make December one of the riskiest months for the suicidal and a boon for creditors. “It’s not the thought that counts, it’s the gift,” MacDonald says in one sketch. But for every pint of cynicism, there’s a gallon of cheer, giving everything a rosy tint that could never be mistaken for jadedness. The closest the authors come to a consistent barb is their inexplicable ire for A Christmas Carol. A line like “Every year we get roped into this folly,” delivered by an actor dressed as Ebeneezer Scrooge, might give the Missouri Rep pause.

The show’s indecision about whether it’s a hearty salute to Christmas or a biting rebuke would be disastrous in lesser hands. (According to the press materials, one of the last venues to stage the show was a high school in Virginia.) Yet each actor manages to deliver something good. Pianist and musical director Anthony Edwards begins the evening with the strains of “Deck the Halls” and delivers sustained merriment. Del Unruh’s scenic design is fairly minimalist with the exception of at least fifteen Christmas trees (that are lovely when they’re lit up but strangely foreboding when the bulbs are turned off). Even Shane Rowse’s lighting gets in a jab at the season when, during Act Two’s opening song, the set is splashed with lights that spell out “Ho ho ho” or flash seductive dollar signs. It raises a question the creators don’t reconcile: Is the show a beautifully packaged lump of coal or a crudely wrapped bauble from Tiffany’s?