You’d think with a pandemic my libido would be lower, but it’s so much higher. Why? 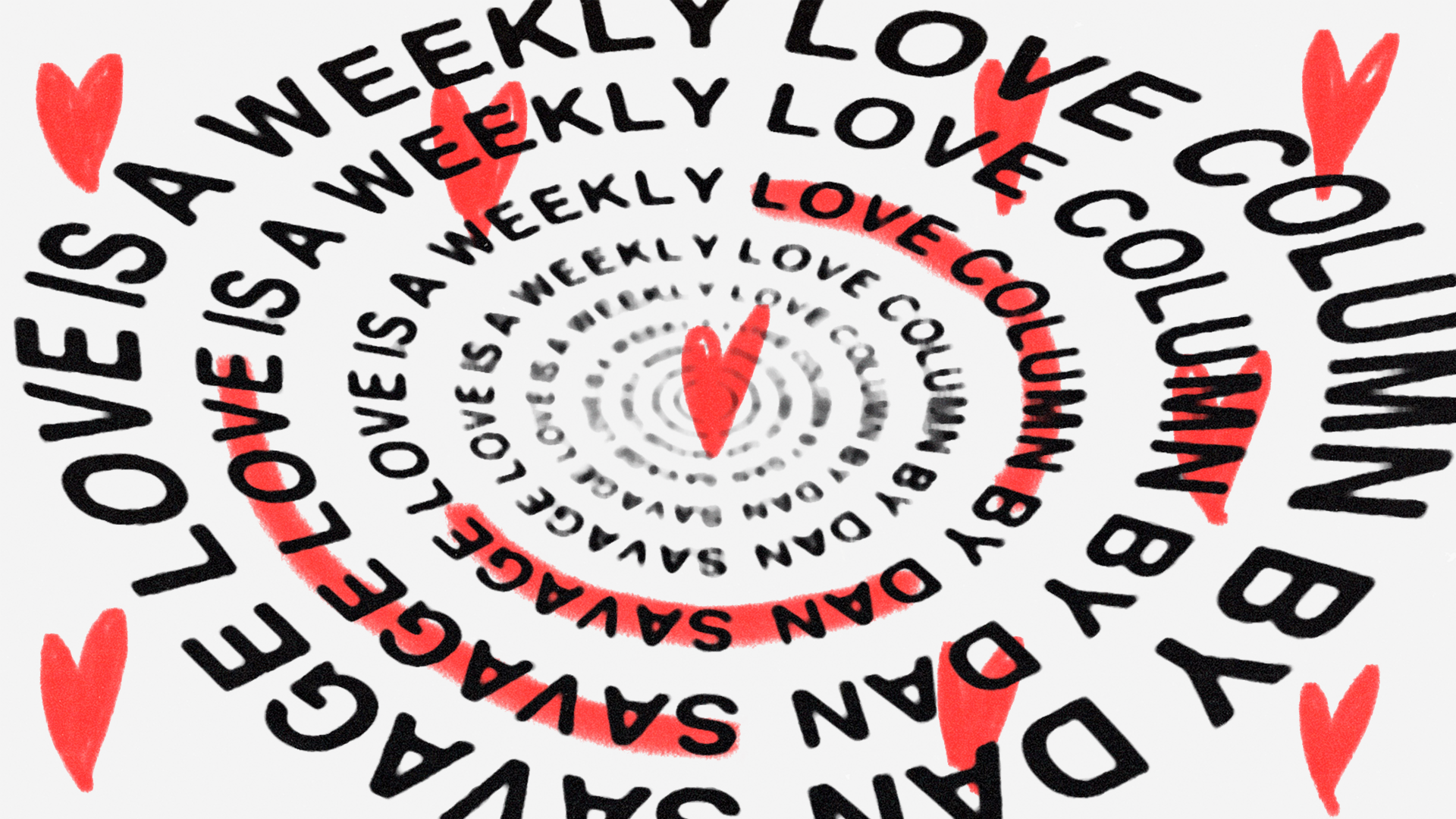 Dear Dan: I’m a 31-year-old female. Last week, I suddenly started to experience an overwhelming, compulsive, and near-constant state of physical arousal. I’ve masturbated so much looking for relief that my entire lower region is super sore and swollen, and still, its like my whole body is pulsating with this electric arousal telling me to ignore the pain and do it again. I have no idea if it’s normal to suddenly have suck a spike in libido, and I know a lot of people will say they wish they had this problem, but it’s interfering with my daily activities because I cant focus on anything else. My college classes are suffering because of it. I’ve even had to remove my clitoral hood piercing, which I’ve had that for over 10 years! I feel like I have all of the reasons—high anxiety related to the pandemic, being stuck with alcoholic boyfriend in the house, tons of homework, finances are low—to warrant a lack of arousal, so why am I drowning in it? Everything I’m learning in class states that sexual desire lowers through out the life span so why am I literally pulsating with it? I really don’t want to call my doctor if I don’t have to. Any insight would be appreciated.

Dear CA: “There’s a general belief that sexual arousal is always wanted—and the more the better,” said Robyn Jackowich. “But in reality, persistent and unwanted sexual arousal can be very distressing.”

Jackowich is a PhD candidate at Queen’s University, where she works under the supervision of Dr. Caroline Pukall in the Sexual Health Research Lab. Jackowich has published numerous studies on Persistent Genital Arousal Disorder (PGAD), a condition characterized by a constant or frequently recurring state of genital arousal—sensations, sensitivity, swelling—in the absence of sexual desire.

“In other words, there is a disconnect between what is happening in one’s body and mind,” said Jackowich, “and this can be both distressing and distracting.”

And while you would think stress would tank your libido—and preliminary research shows that the pandemic is tanking more libidos than it’s not—stress and anxiety can actually be triggers for PGAD.

“It’s important to meet with a knowledgeable healthcare provider to ensure there is not another concern present that may be responsible for the symptoms and to access treatment,” said Jackowich. “Research on treatments for PGAD is relatively new, so it can be helpful to meet with a team of different healthcare providers to find what treatments would be most effective for you specifically. This could include a gynecologist, urologist, pelvic floor physical therapist, neurologist, and/or psychologist with expertise in sex therapy.”

Talking with your doctor about this may be embarrassing, I realize, and it doesn’t help that many doctors are unfamiliar with PGAD. Jackowich actually recommends bringing printouts of information pages and research papers about the condition to your appointment and sharing them with your physician. And if your doc doesn’t take your distress seriously and/or refuses to refer you to the specialists you need to see, CA, then you’ll have to get yourself a new doctor. (You can find those information pages and research papers at sexlab.ca/pgad, where you can also learn about currently available treatments and join support groups for sufferers.)

“More awareness of PGAD and research on this condition is needed to help understand the symptoms and develop effective treatments,” said Jackowich. “If you experience these symptoms and would like to contribute to ongoing research efforts, the Queen’s University Sexual Health Research Lab is seeking participants for an online study.” To take part in that online survey, go to sexlab.ca/participate and choose the “OLIVE Study.”

Dear Dan: I’ve rekindled a romance with an ex from a decade ago. We are long distance right now but getting very close. We have one recurring problem though. She does not like that I am friends with another ex. That ex has actually been a close friend for a very long time, and our friendship means a lot to me. Our romantic relationship only lasted a few months. But since we did have a romantic relationship once, my current girlfriend sees my ex as a threat. I have reassured her several times that the relationship is in the past and we are now only friends. But my girlfriend doesn’t want me to communicate with her at all. She wants me to un-friend her on Facebook and un-follow her Instagram, and at least once a week she asks if we have been in contact. It is hard for me to throw a friend away in order to be in a relationship. Even though I don’t talk to my ex/friend all that regularly, I would like the option to at least check in every once in a while. Cutting her out of my life completely feels like a kind of death. I wish there was some way I could find a compromise but this seems to be one of those “all or nothing” things. I also don’t like this feeling of not being trusted and fear it could lead to other problems down the line.

Dear Dan: This isn’t a sexy question, but you are wise and I am confused. I have been friends with a woman for about sixteen years. She’s very funny, creative, loves to have a good time. She’s also intense, not very bright, and my family and friends do not like her around. Now that we’re grown, we do not see each other often, but I’ve been glad to maintain a friendship with her and get together now and again. Enter: My wedding. At the reception, she made a fool of herself (and me) by going on some strange, racist rant. The racist thing really surprised and disappointed me, and when I asked her about it, she shrugged it off like, “Oh, just add that to the list of dumb things I do when I’m drunk.” Other things she’d done when she’s drunk: Two DUIs, waking up in jail with an assault charge, having sex with strangers, etc. It’s been about seven months since my wedding, and I’ve basically been ignoring her while trying to decide what to do. I love my friend, but I do not want her hurting anyone else on my watch. Do I call her up and end it? See her once a year when no ones around? Ignore her until she dies?

Loyal To A Fault

Dear LTAF: Tell your racist friend to give you a call after she gets sober and confront her about her racism then—you know, when she’s actually capable of remembering the conversation, reflecting on what you had to say, and perhaps changing for the better. If she can’t get both sober and better, LTAF, make sure she isn’t registered to vote and then ignore her until she dies.