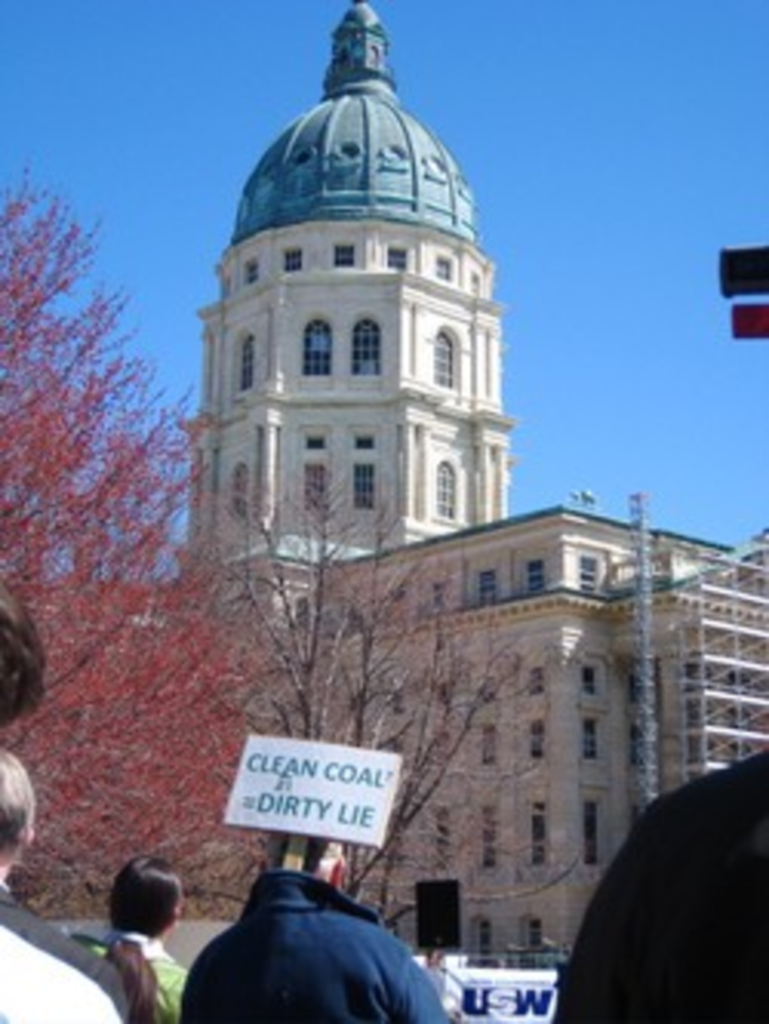 For the second time in as many years, hundreds of Kansans rallied in front of the Capitol in Topeka yesterday to deal another public blow to the coal-fired power plants that just won’t die. This time, though, instead of sheer frustration aimed at conservative Republicans who see dollar signs billowing from smokestacks, the demonstrators came with the political wind at their back.

Knowing that they have enough support in the House to hold the line against the coal plants, they came to thank like-minded lawmakers — predominantly from the eastern side of the state — for their progressive stance. But they had an strong message, even for those who stand with them: Stop wasting time and get started on a real energy policy that creates jobs and confronts global warming.