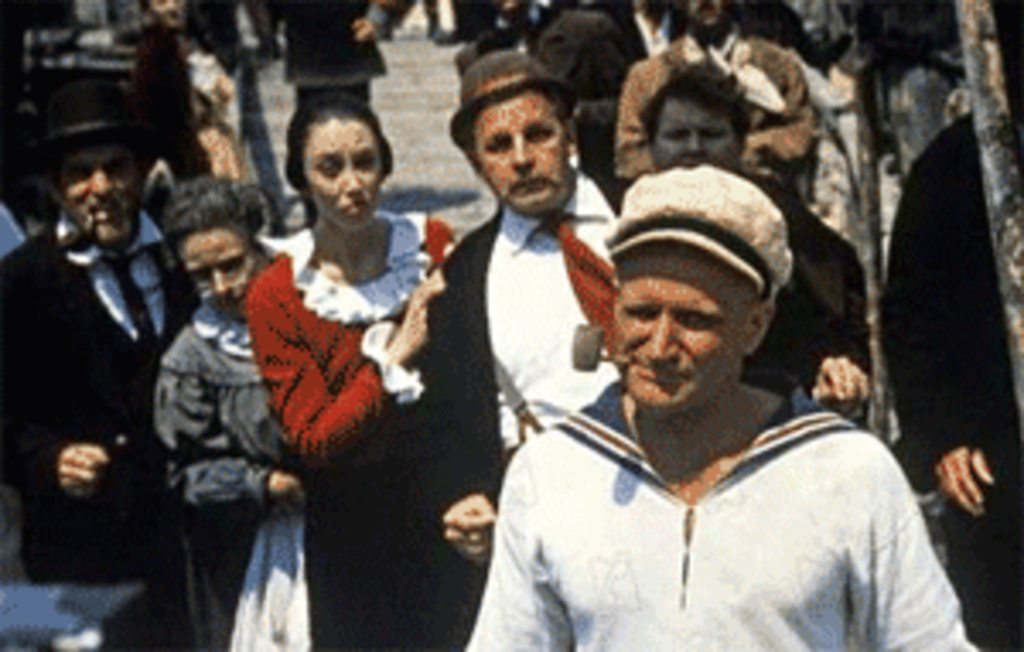 Film lovers on either side of the argument that a director’s first job is casting should look no further than Robert Altman’s perfectly cast but far from perfect Popeye. For his loose-limbed 1980 adaptation of E.C. Segar’s cartoon, Altman hired gifted mimic Robin Williams to mumble, growl and hiccup in the title role; gave born Olive Oyl Shelley Duvall a terrific Harry Nilsson song to sing (“He Needs Me”); and made Paul Dooley’s Wimpy the ultimate hamburger helper. The ingenious production design and Jules Feiffer’s screenplay fondly emphasize the strip’s Great Depression origins, but the performances are modern and unsentimental. The movie screens at 6:30 p.m. today in the Stanley H. Durwood Film Vault at the Kansas City, Missouri, Central Library (14 West 10th Street, 816-701-3400). Other films in this month’s “Whimsical, Magical Movies” series include Bill Forsyth’s classic Local Hero and Woody Allen’s slight but charming Alice. See kclibrary.org for details.