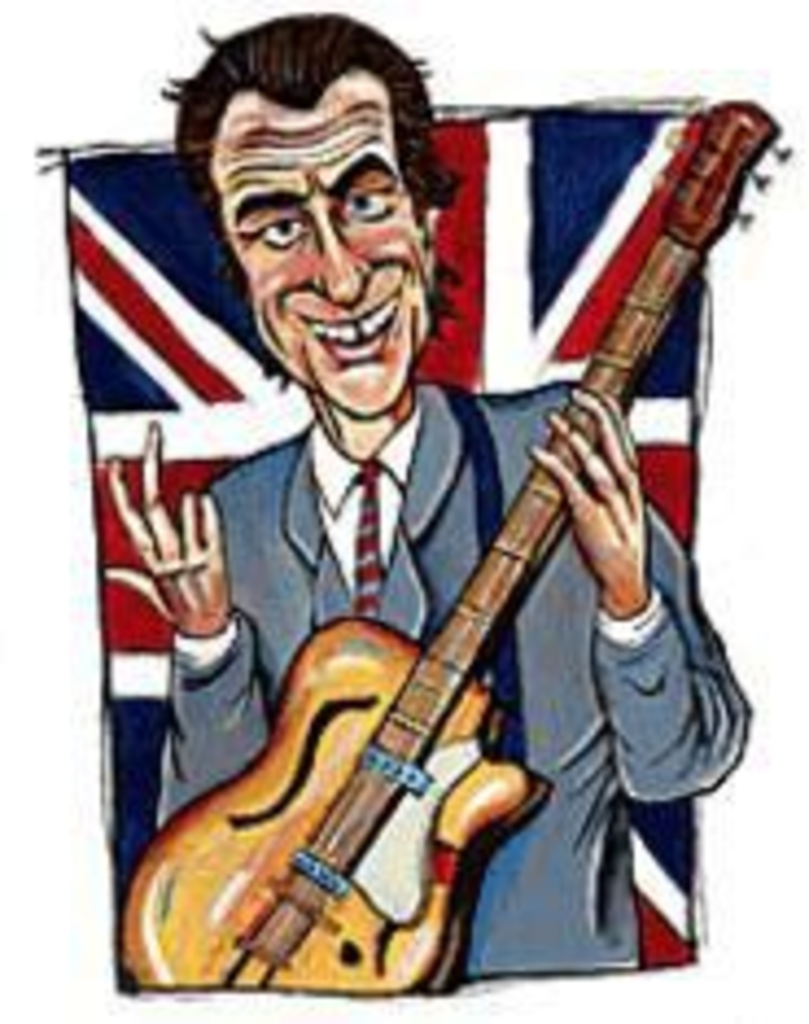 The man Pete Townshend once described as the ideal candidate to become England’s poet laureate is, true to Townshend’s hopeful notion, breathing new life into the marriage of music and literature. Ray Davies is currently back in the States with his Storyteller tour, a performance that presents the songwriter’s rabid fanbase with an opportunity to see The Kinks’ founder in a new light.

Containing all the cheeky, comically self-effacing nuances that fill Davies’ best-known songs, the Storyteller tour is in essence a musical adaptation of his 1994 “unauthorized autobiography” X -Ray. Davies relives cherished moments of his familial and musical histories, exhibiting the tender sadness and barbed toughness that has allowed the songwriter to remain a singular musical influence.

“The Storyteller show stands up as a piece in its own right,” Davies says in a telephone interview from his home in London. “The show encompasses at the most a third of the book, so I can move it around and place anecdotes in different places here and there. It’s pretty free-form, really.”

Though he finds the Storyteller format liberating, Davies maintains that it’s more difficult, in some ways, than touring with The Kinks. “With a band, even though it’s more physically exhausting, you get a chance to give yourself a break when someone does a solo. With this, it requires concentration all the time.”

In the mid-’60s, though, touring with The Kinks presented a unique obstacle that the band was unable to overcome. After rising to fame in the first wave of the British Invasion with hits such as “You Really Got Me” and “All Day and All of the Night,” the group found itself banned from performing in the States as the result of a squabble with the American Federation of Musicians.

The ban (which wasn’t lifted until the end of the decade) was disastrous for the furthering of The Kinks’ stateside success, but it helped define Davies’ songwriting voice. Isolated in England, he devoted time to introspection and character study, resulting in some of his most cherished work. The fuzzed-out intensity of the early hits gave way to a quiet boisterousness in cutting caricatures like “A Well Respected Man,” “Dedicated Follower of Fashion” and “Sunny Afternoon.”

Similarly, Davies eschewed the Day-Glo psychedelia so rampant among his contemporaries for a delicate portrait of bygone innocence. With the reflective ruminations on The Kinks’ single “Waterloo Sunset” and the band’s undervalued album The Kinks are the Village Preservation Society, listeners could almost smell freshly mowed lawns and tea and biscuits in the pantry. Sadly, English fans were unresponsive to this passionate portrait (as they were to the band’s follow-up effort Arthur, which further examined the passing might of the British Empire), and The Kinks were banned again — this time from the charts.

Upon the lifting of their American touring blacklist, The Kinks returned to the States at square one. Through constant touring in the ’70s and ’80s, as well as some heavily rotated videos in the new medium of music television, the band surpassed its previous popularity and evolved to the level of stadium attraction.

But there are still many fans from the group’s early era who, for one reason or another, have never seen Davies perform live, and it’s safe to assume they’d love to see the hits, Songwriter elements aside. “Some nights I get up there, I feel, Uh-oh, this audience just wants to hear ‘Lola’ and ‘Sunny Afternoon,’ and then I don’t want to do it,” Davies says. “But then some nights I go up there and play those songs as if I’ve never played them before and they sound really fresh. I still look at a show as like a blind date. Sometimes you go out there and they might not like you straightaway and they grow to like you. The difficult audiences are the ones that love you straightaway and then you have to take them into the depths and say, ‘This is what I’m about, this is a bit more dark. Maybe you didn’t know about this before,’ and in the end maybe they’ll understand.”

The early ’90s saw The Kinks continue to record and tour, even as they were eventually set adrift in the world of record company marketing and imagery. Since the mid-’90s the band has been on indefinite hiatus, but the influence of the group, and Davies’ songwriting in particular, have never abated.

The Brit-pop breakout of the mid-’90s provided the most obvious illustration of Davies’ impact, and not only in musical terms — Ray and his brother Dave were defining intraband sibling rivalry long before the Gallagher boys were in short pants. Davies has also worked with some new-school bands directly, recording and playing with Yo La Tengo. “We did some shows in New York last year where I showcased a lot of new work and they played along,” he explains. “I think their strength is that they perform as a unit, as the sum total of three parts, which I like. The Kinks were like that. There was no one musician leading the way. It sounded like a band. Even though it’s my first true solo album, I’d like to have a band sound. I want to recapture some of the feel I had when I first started out.”

Similarly, Davies has returned to the narrative style that made Village Preservation so captivating. “I always think of pop songs as a snapshot of life,” he says. “Writers need to make things interesting for themselves. The trick is to somehow still keep it entertaining and get the audience to like it. If they feel they want to indulge themselves by getting into the story and the backstory, then they can do so.”

Unfortunately, most current pop music offers no subtext or depth, regardless of how long listeners spend searching for it. However, Davies remains optimistic that change lies ahead. “Being slightly mad, I still think there’s hope,” he says. “In the past few years, I’ve been doing some songwriting tutorials with new writers. We take about a week and go up to the country and we just write songs and I talk to them about writing. It’s important, because it makes me feel I’m giving something back.

“I tell some of them it will be really hard to get a record deal if you want to write interesting songs and they say, ‘We don’t care; we want to make the music,'” he continues. “The obvious people get signed by record companies now, but I still think there’s a lot of interesting young people out there who still have time to make their opportunity.”