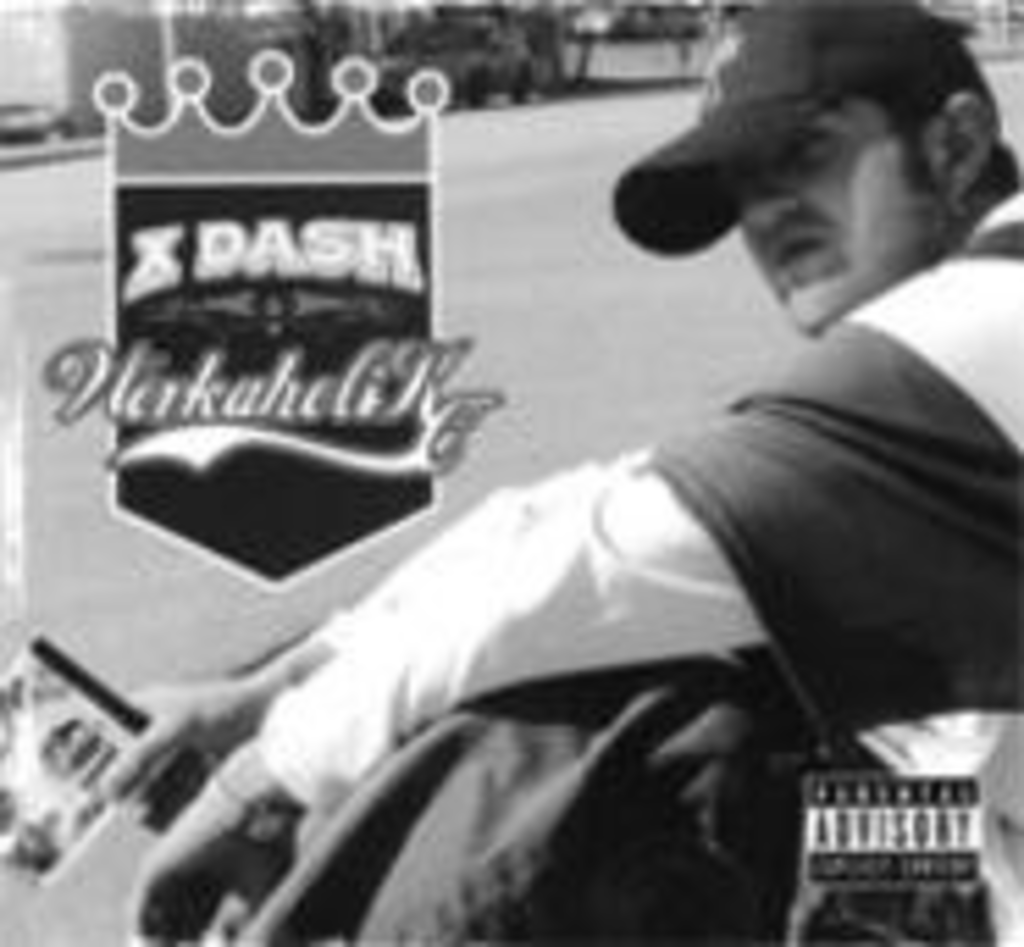 X-Dash sure does takes his craft seriously — we’ll give him that. On his aptly titled CD, Workaholic, over horn-and-string production by Will the Weirdo, X name-drops every influential MC from Run DMC and Jay-Z to Tech N9ne, Mac Lethal and Da’ Poppa, deadpanning, I need a Lil’ Mo/Just give me a Lil’ Flip/Just give me a lil’ bit/Just give me a lil’ fix/Then I’m Kool Herc/I haven’t hit rock bottom/I’m getting Slim/And acting shady/I ain’t got no fucking problem. Whereas other fair-skinned, pale-faced rappers distance themselves from the ultrasuccessful Eminem and the less-effective Bubba Sparkxxx, X-Dash embraces the white-boy role of the word-spewing mic controller. Although X’s history of the game is intact, the futuristic sounds of Will the Weirdo’s production on “Trip the Light Fantastik,” “Boy Toy,” “We Get the Job Done” and “Intergallaktic Juke Joint” are what ultimately transform Workaholic from the work of a B-boy wannabe to a workable piece of art.