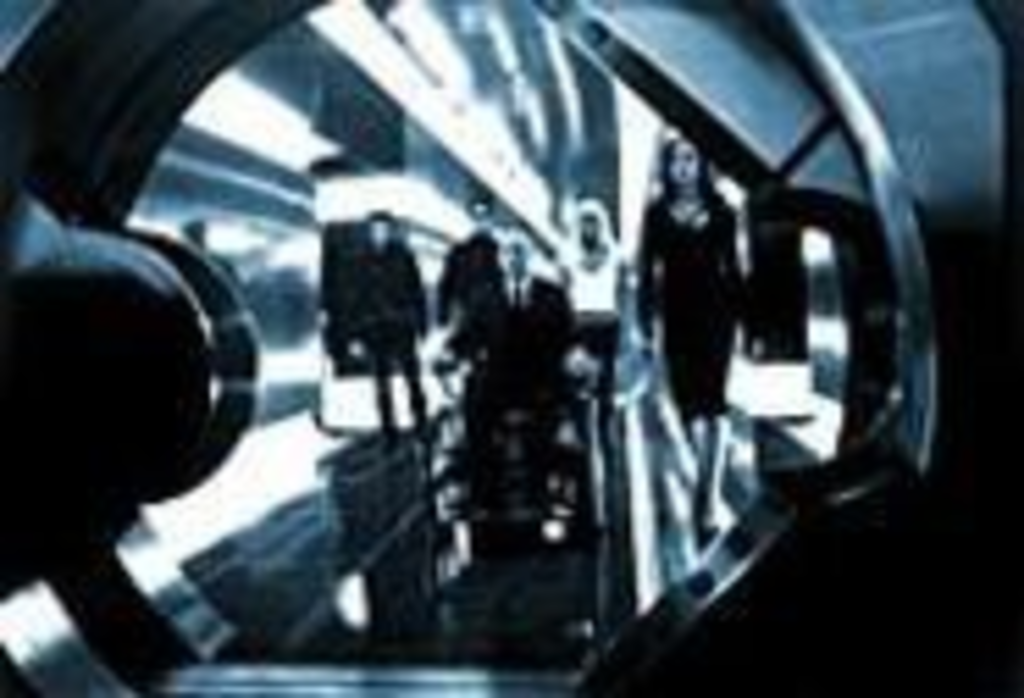 Exposition has always hindered superhero movies. A film about a lawyer doesn’t have to explain how or why the character became an attorney. A cop flick doesn’t need to show its hero going through the police academy. But comic book adaptations always feature an origin — one that inevitably bogs down the story like quicksand. Superman wasted a half hour on tedious exposition before it gained momentum, as did Spawn and (ugh) Howard the Duck. The Batman series avoided revealing much of its hero’s background but succumbed to the process when creating super villains. (Batman Returns and Batman & Robin each featured two drawn-out criminal origins.)

X-Men may be the first film of this sort to completely bypass exposition, and that is because its heroes and adversaries have always had their abilities. They were born with powers because of an extra mutant gene — thus the phrase “X-Men” — that makes them superior to Homo sapiens … and feared and hated by them.

In the “not too distant future,” the Darwinian process is revving up once more. Mutants are emerging all over the world, and governments are considering drafting legislation against them. U.S. Senator Robert Kelly (Bruce Davison) is lobbying for registration of these genetic aberrations, which he perceives as an impending threat. One such girl is able to “walk through walls,” Kelly points out. “What’s to stop her from walking into a bank vault?”

Monitoring this debate is two clandestine camps. Professor Charles Xavier (Patrick Stewart), a telepath in a wheelchair, has culled many of the world’s mutants into a school for the “gifted” in upstate New York. Among his adult students are Cyclops (James Marsden), whose eyes emit lethal energy beams; Storm (Halle Berry), an African woman capable of controlling the weather; and Jean Grey (Famke Janssen), whose telekinetic proficiency and drop-dead-gorgeous looks answer the question of what would have happened to Carrie White if she’d been elected prom queen for real. Prof. X believes mutants and humans can coexist peacefully.

On the opposite end of that conviction is Magneto (Ian McKellen), a European Holocaust survivor who can mentally manipulate all forms of metal. Magneto presumes that a war with humankind is just around the corner, and he has assembled his own stable of outcast mutants, including the metamorph Mystique (Rebecca Romijn-Stamos) and his enforcers, Sabretooth (wrestler Tyler Mane) and Toad (Ray Park of Darth Maul fame), who possess animal and reptilian abilities that would be right at home on the Island of Dr. Moreau.

Both factions seek to recruit two recently discovered mutants: Wolverine, a ferocious warrior whose skeleton consists of unbreakable adamantium, including retractable claws, and who maintains a “healing factor” that repairs wounds within seconds; and Rogue (Anna Paquin), a Mississippi teen who absorbs the life force (and powers) of anyone she touches — an ability she can’t ever turn off. It’s these newcomers who can complete Magneto’s scheme of waging a preemptive strike against the human race.

Marvel Comics’ The Uncanny X-Men was introduced in 1963 at the height of the civil rights movement as a veiled antiracism metaphor. It’s easy to view Prof. X as Martin Luther King and Magneto as Malcolm X, in terms of their political dichotomy. The first image in X-Men, of rain-soaked feet in front of a Nazi concentration camp in circa 1944 Poland, further punctuates this ethical undercurrent.

Beyond philosophy, the film is conceptually and visually true to the comic book. This is not a radical reinterpretation (à la The Punisher or TV’s The Incredible Hulk) that waters down the extreme fantasy nature of the setting. X-Men is a well-cast, franchise-primed assault, executed with subtle precision by director Bryan Singer (The Usual Suspects). Along with Spider-Man, X-Men is perhaps the most cinematically ripe of Marvel Comics’ source material, and Singer has not blown the opportunity handed to him. (One winces at the idea of Batman & Robin wank Joel Schumacher at the helm instead.) The film will likely be the summer’s highest grosser, but unlike last year’s top dog, The Phantom Menace, it actually warrants repeat viewing and justifies an inevitable sequel.

Don’t misinterpret the praise, however; this is not an action classic. It might seem too dark, leisurely, and talky compared to those expecting a Matrix-style kinetic rush. But considering the track record of previous comic book adaptations, X-Men looks like Oscar goods by comparison. This can be traced to the fact that Singer (who also conceived the story with executive producer Tom DeSanto) approaches it as a “serious” project. The characters in the film aren’t aware they’re existing in a comic book world — witness Wolverine’s smirking befuddlement when first hearing the names of his opponents, Sabretooth, Toad, and Magneto. Xavier is not fostering some gung-ho crime fighting unit; all these mutants know is that they’re in possession of innate gifts they don’t quite understand, which makes them pariahs and, ultimately, targets.

Singer does his best to contend with the flaws inherent in adapting such a complicated, entrenched series. X-Men lacks a focal leading character since it’s the rare big-screen comic version to center on a team of superheroes — not counting 1994’s unreleased The Fantastic Four or the recent parody Mystery Men. As such, much of the first hour, despite the paucity of exposition, is particularly episodic. Singer and cinematographer Newton Thomas Sigel (so impressive on last year’s Three Kings) counter this by saturating the film with a number of resonating images, including the wrenching intro (where Singer continues the Nazi fascination he began with Apt Pupil) and a final shot of Magneto that is worthy of Dante.

The most uneven element is the film’s dialogue. At times it sizzles, as when Rogue first witnesses Wolverine’s knuckle-launched claws. “When they come out, does it hurt?” she asks. He coldly responds, “Every time.” But for each potent Wolverine versus Cyclops insult or ideological discussion between Magneto and Prof. X, there is a missed opportunity. It’s surprising that only one screenwriter is credited (rookie David Hayter), because much of the dialogue smacks of writing by committee — a zinger here, a dud there.

Luckily, the film builds toward a satisfying conclusion, culminating in a terrific battle upon the Statue of Liberty. (Although why is it that most superhero flicks end with the villain climbing up some towering structure?) Here it isn’t just the X-Men’s brute force that is tested but the necessity of strategy and teamwork as well. It’s intriguing how the most formidable combatant of the squad, Wolverine, is completely useless against Magneto — the X-Man’s skeleton is reinforced with metal, so he is a mere plaything for his nemesis. (Credit the sound effects department for dubbing a clank instead of a thud whenever Wolverine is struck.) Australian Jackman does a fine job of keeping the cult favorite Wolverine grounded in reality, especially considering he wasn’t the first choice for the role, taking over for Dougray Scott when the M:I-2 shoot went past schedule. At times Jackman seems to be rendering a brooding Russell Crowe impersonation, but that isn’t exactly inappropriate for such a modern-day gladiator.

What makes Singer’s batch of misfits so much more intriguing than those of a typical superhero movie are the inborn flaws that accompany each of their abilities. Rogue is denied any physical contact from others (her first kiss results in her boyfriend’s falling into a coma); without his cumbersome visor, Cyclops can’t open his eyes or he’ll level buildings; Prof. X’s mental control can span miles, but he is unable to walk. (It’s too bad Stewart is so perfect in this role, otherwise Christopher Reeve could have had a second shot at playing a comic book icon.) These aren’t Superman-style characters whose absolute invulnerability and godlike skills ensure they can overmatch any villain. All of the X-Men except Wolverine can be killed by a lone bullet to the head. No wonder they seek asylum from a prejudiced mankind.