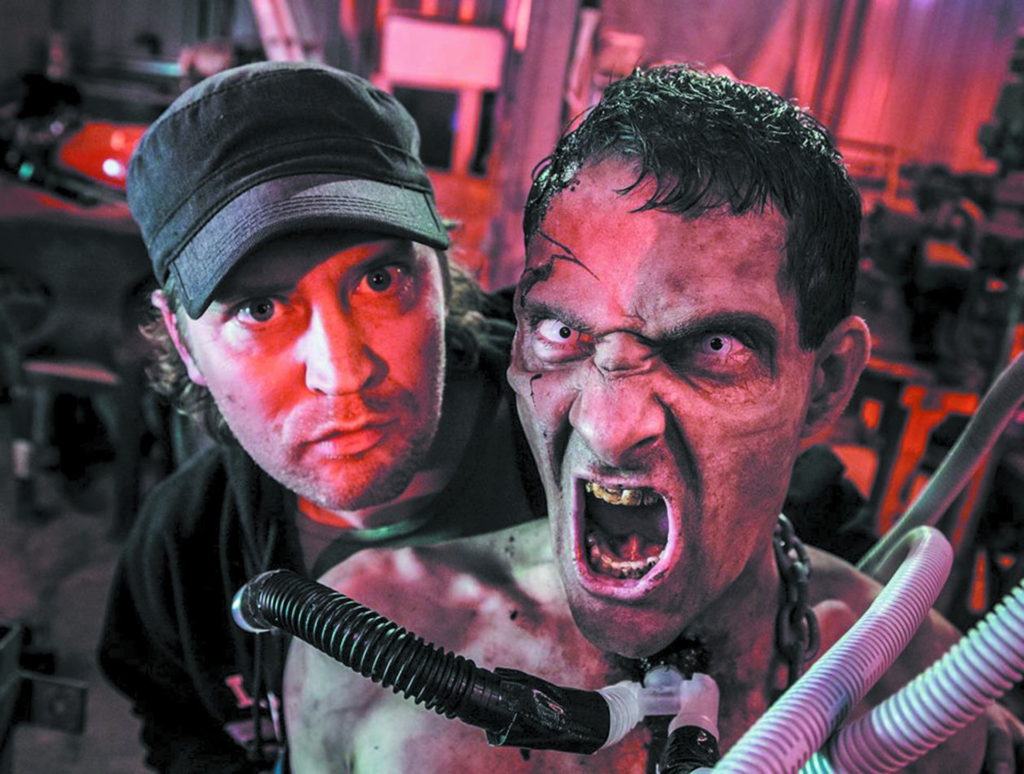 The Pitch: Where does Wyrmwood’s idea come from?

Roache-Turner: My brother and I grew up watching films like Dawn of the Dead, Mad Max, Evil Dead and Braindead. We knew these films had been made cheaply, and all had this amazingly insane vibe. We’d been waiting for someone to come along and make another kick-arse Aussie post-apocalyptic film, and no one did, so we figured, “Damn it! We’ll just have to do it ourselves!”

It was inevitable that it would be a zombie film because in order to make one, all you need is a camera and a bunch of mates who don’t mind getting covered in lots of mud and blood. Luckily, we had both of those in spades.

We knew we had to have a hook, though, because the world is so disgustingly oversaturated with “undead” movies and TV shows that a global audience was never going to accept another entry into the genre if we didn’t come up with something original. My brother came up with the methane-breathing-zombies-who-power-vehicles concept after watching some doc about cows or something, and as soon as he suggested it, boom, I knew we had our hook.

You managed to free your film of the overexplaining that typically kills modern horror.

We originally wrote a screenplay that explained everything, and I hated it. We decided to take out all the boring, bullshit exposition, and suddenly we had a piece of writing that felt fresh. The scenes flowed better, and it became all about character and narrative propulsion rather than yawn-inducing pseudo-scientific theory. There is nothing more boring than exposition in a film, and the fact is, the audience knows so much about the genre that they are able to fill in the gaps themselves anyway.

What influenced your take on splatter?

It’s become almost verboten to say this publicly these days, with all the PC bollocks that seem to be sweeping the world, but I quite enjoy violence in cinema. I despise it in life, but in art, I understand that it is just a narrative construct. Some of my favorite directors have a brilliant penchant for creating beautiful, operatic moments of onscreen violence: Scorsese, Peckinpah, Tarantino, Kubrick and De Palma are famous for their shocking, blood-soaked set pieces, and the fact is, you really can’t make a zombie film without blowing up a few heads.

How did you get such a great cast?

I had made a short film [Roadrunner] with Jay Gallagher years earlier, and he had attended NIDA (the National Institute of Dramatic Art) with most of the cast, and he was able to put us in touch with some of the most talented (and horrifically underutilized) actors in the country. The fact that I was able to assemble such a blatantly talented bunch of people for my first film is probably the thing I am most proud of in my career — as it is — up till now.

I’m just excited to have made a film after all these years. I’ve wanted this for so long that success or failure doesn’t really rate at this point. I’ve done what I’ve always wanted to do, and now I can die happy.