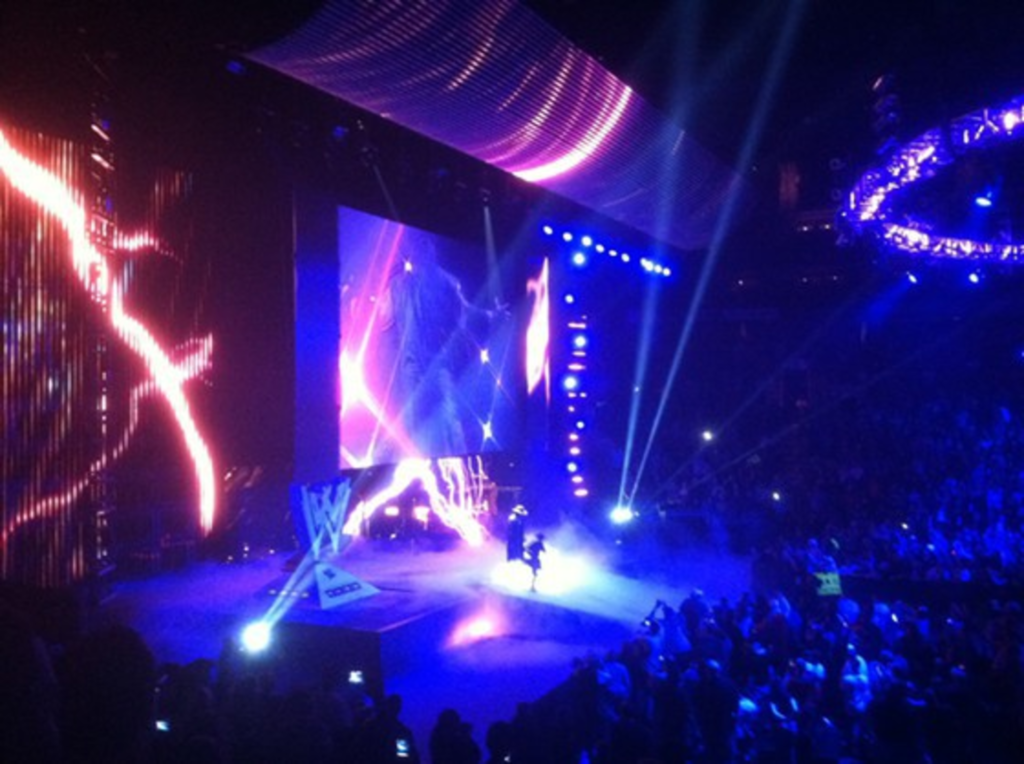 The superstars of WWE’s Monday Night Raw rumbled at the Sprint Center last night. There were plenty of screaming children and grown men with championship belts in the crowd, rooting for their favorite gladiators. The evening culminated with the return of the Undertaker, who stared down his rival Triple H and restarted their feud leading to their showdown at WrestleMania on April 1.

The Dead Man hadn’t been seen since last year’s WrestleMania, where he defeated Triple H to keep his 19-0 WrestleMania winning streak alive.

At these events, the fans always add to the atmosphere. Take the fan next to me. During good guy John Cena’s brawl with the demented monster Kane, the guy kept yelling for Cena to “take his [Kane’s] ass to Swope Park” because that’s how we do it in KC. Cena was content to bash Kane’s skull with the metal ringside stairs. As Kane retreated, the guy screamed, “Running like a bitch.”