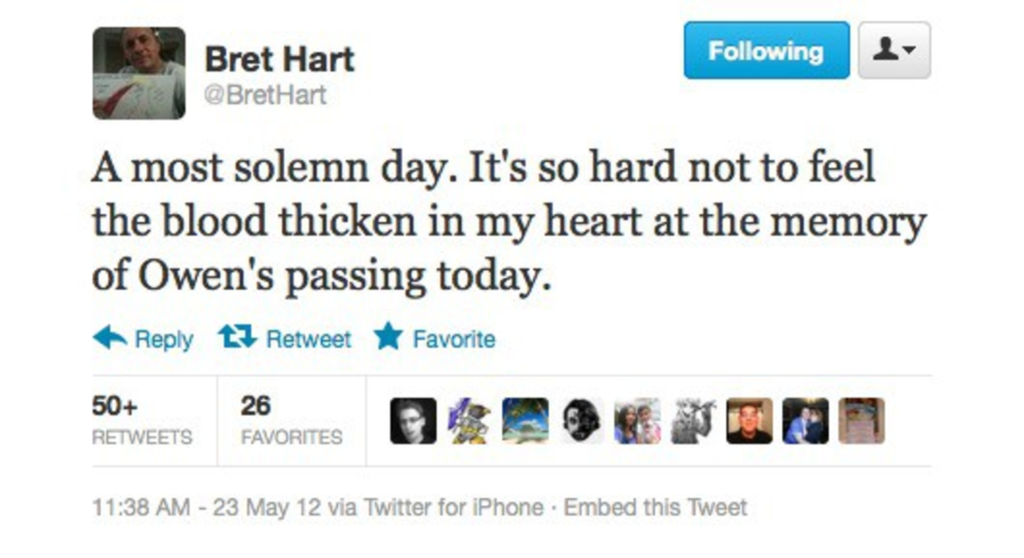 It’s been 13 years since Owen Hart died after falling 78 feet during a live WWE pay-per-view event at Kemper Arena. I was there, and it was one of the most numbing experiences in my life. I can’t even imagine what the Hart family went through.

Hart, who was playing the role of the masked Blue Blazer, was supposed to rappel to the wrestling ring from Kemper’s rafters, but the harness released early. I still remember the paramedics straddling him, trying to resuscitate him. Hart was rushed to Truman Medical Center where he died. He was 34.

Hart’s brother, Bret “Hitman” Hart, posted the tweet above in remembrance of his younger brother. He also posted another saying, “I miss you everyday brother.” He added a picture of him and Owen from their Hart Foundation days, wearing pink-and-black tights, leather jackets and holding their championship belts.