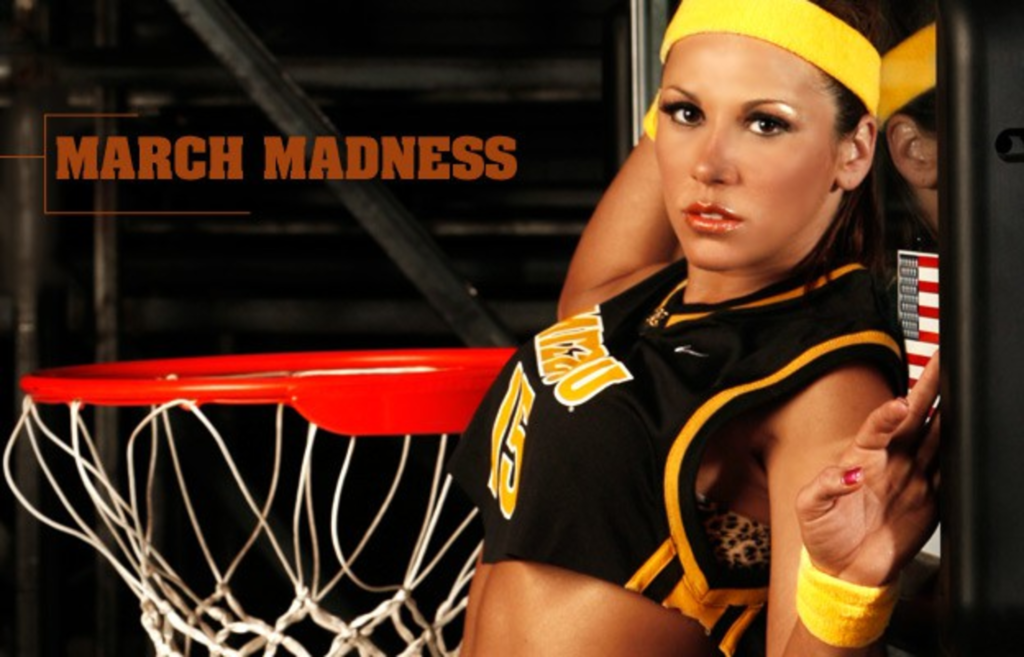 broadcasts live from the Sprint Center tonight starting at 8 p.m. on

USA. Not sure if we’ll get to see James in her Mizzou jersey tonight —

Ted DiBiase Jr. (son of the “Million Dollar Man”) in a handicap match

and the maniacal Edge will fight the 7-foot tall Big Show. WWE will also tape tomorrow night’s ECW show, which will air on the Sci-Fi Network.

Peter Rugg and I slipped out at lunch to take a look at the mass of humanity screaming at the WWE wrestlers pulling into the Sprint Center’s parking area. Not surprisingly, the entrance to the arena was crowded by about 20 people who apparently didn’t have anywhere else to be at 1:45 in the afternoon. The most exciting thing we witnessed was one of the Cryme Tyme guys pulling in. Ooh.

mugs of CM Punk, Jeff Hardy and The Undertaker lined the

streets around the arena. Big Show looks like he needs a hug. 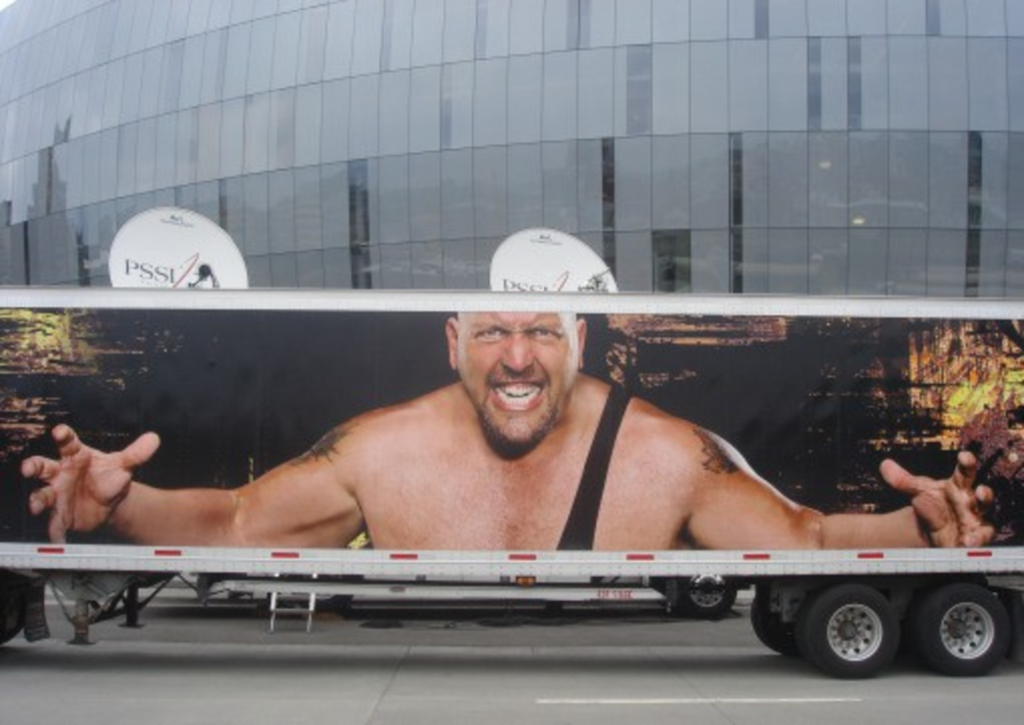 My favorite features these bikini girls. 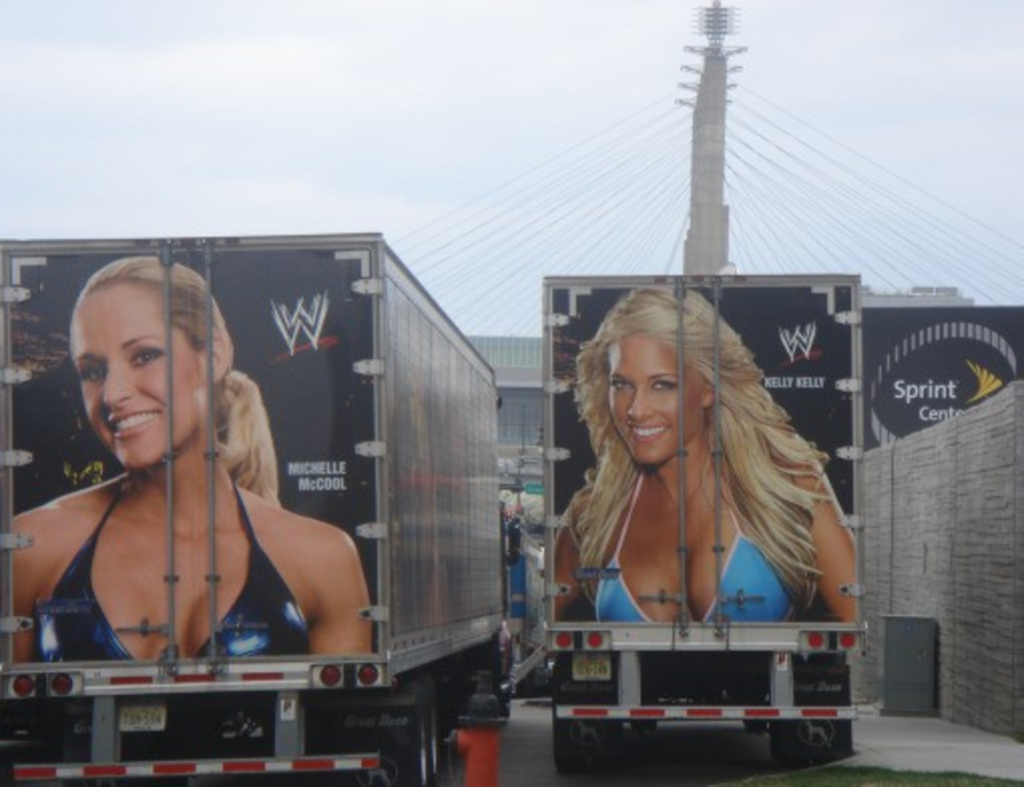 Rugg and I will wrap up tonight’s show with some nerdy coverage tomorrow. See you at the show.