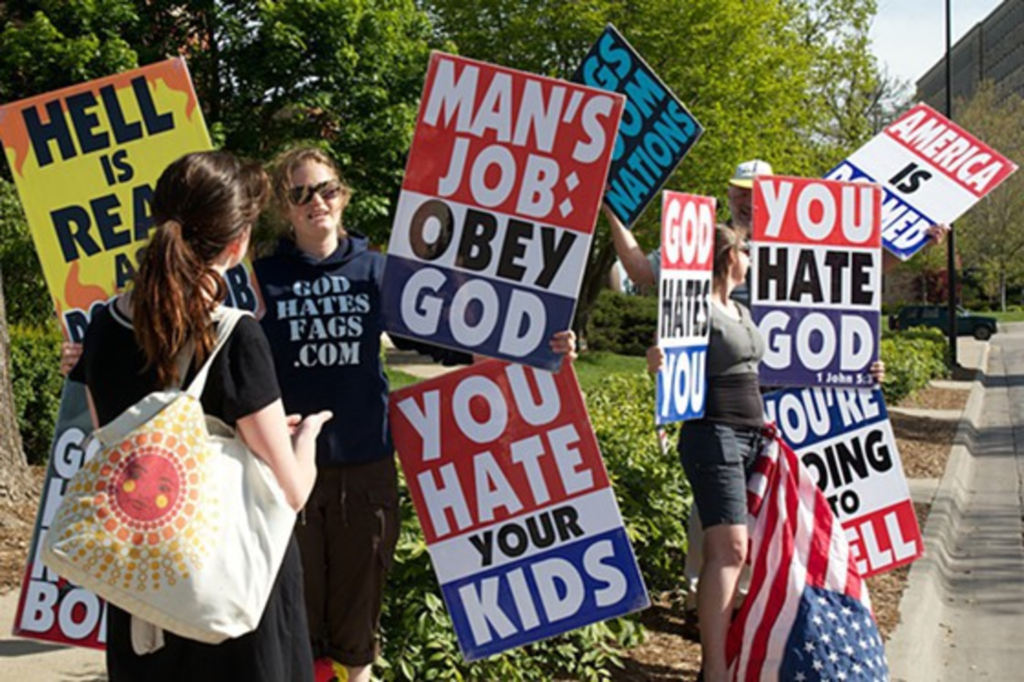 Jack Wu discovered the Westboro Baptist Church’s YouTube videos while studying at California State University-East Bay. Wu, who is running for the Kansas State Board of Education’s 4th District seat, identified with the church’s extremist brand of Christianity.

Wu says Westboro’s bent— that everyone but church members will go to hell — matched his own views.
“It’s not all about God loving everyone,” Wu tells The Pitch. “Clearly in the Bible, they talk about hell and people going to hell. So it’s not all love and roses and flowers and all that.”

Wu, who was born near Taipei and moved to California as a young child, relocated to Topeka in 2008 so he could attend Westboro Church services. Four years later, he says he worships weekly in the church’s pews but still isn’t an official member.

“I’ve asked about membership before,” Wu says. “But right now, I don’t think I’m ready for membership. I’m not sure if I’m 100 percent in agreement with them on certain things.”
Such as?

“Their core things, like ‘God hates fags, God hates America’ — those things I’ll agree on,” Wu explains. “But there are certain, maybe minor issues that I’m not sure of.”