Writing on the Wall 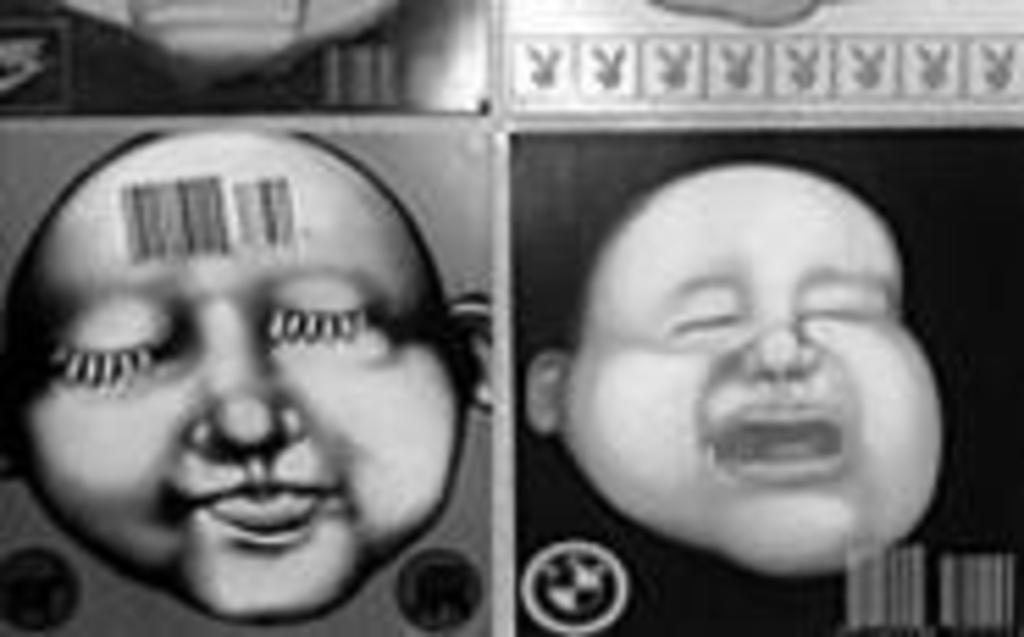 When the Berlin Wall crumbled in 1989, much of the Western world was mesmerized by images of the aging bulwark, long a symbol of irreconcilable differences. I too sat in front of my television, but it was not the tangible collapse of a Cold War relic that held me transfixed. What I saw was far more illuminating. As the newscam zoomed in on the colorful wall, I recognized a graffito: a big stylized tag smack-dab in the center of the wall, its black and yellow letters glowing. This was the same tag I’d seen all over Kansas City, spray-painted on walls and trains and trucks, scribbled with fat black markers on utility poles and street signs and fire hydrants and what seemed to be a hundred other sites; the image had burned itself into my unconscious, become a memorable if enigmatic icon of the cityscape and time frame through which I traveled. This graffiti writer had been to Kansas City and to Berlin, maybe even around the world, crossing borders and boundaries fabricated out of humanity’s inability to cooperate. And he had left his mark. And it was his mark on the wall more than the wall itself that connected me to the historical moment, closed up the distance between Kansas City and Berlin, between the U.S. and the former U.S.S.R., between one place and everyplace else. From that moment, I started to see the world as being connected rather than divided. And when I saw graffiti I thought fondly of travelers — graphic gypsies blazing a trail through the world, leaving behind a message that screamed, “I was here.”

The collapse of the wall symbolized other collapses that had already begun; the boundary between high and low art was only one of many that deserved to tumble. By the time the dust settled, Keith Haring and Jean-Michel Basquiat (graffiti artists who made a successful transition into art galleries and museums) had already come and gone, dying young and leaving their own brilliant trails for others to follow. Such trails are part of the history behind Dirt Gallery’s provocative exhibition Natural History, Animated Time Travelers.

Graffiti-cum-gallery artists Scribe, Alisa, Dalek and Gear share a remarkably discerning connection to contemporary society, and their art is a gratifying example of cultural convergence: graffiti meets Disney meets Van Gogh meets Madison Avenue meets The Matrix meets … it’s a long list. Longer than most artists can own. The paintings, installations and sculptures of Natural History investigate, report and comment on real concerns facing children and adults in today’s political and economic society — concerns that too many artists are too tired or too removed from the world to consider. Graffiti is its own revolution, a “public” art form that evolved from strictly illegal tagging of the urban underbelly to include legal murals and art gallery exhibitions and artists who look to fine art masters for inspiration.

Take, for example, Gear, a Kansas City artist who counts nineteenth-century fauvists among his many influences. Gear’s Seven Deadly Sins series is part of a deliberately unsettling collection of paintings and sculptures attacking the media and technology. Each large spray-painted canvas is dedicated to one sin — greed, gluttony, sloth, wrath, pride, lust, envy — and depicts an enormous infant’s head spray-painted in unnatural colors on a solid, contrasting background (such as the yellow baby head on deep blue in “Envy”). Somewhere in each painting — often on the infant’s forehead — Gear has stenciled a bar code that translates to the painting’s sin, and a corporate logo represents that sin: BMW is “Envy,” MasterCard is “Greed,” Nike is “Wrath” and the Republican and Democratic party logos represent “Pride.” Individually, the paintings have their own aesthetic integrity; together, they are an indictment of a society mired in materialism and of the marketing experts dedicated to, in their own words, “branding children” — a phrase insidious for its references to brainwashing and to ownership of livestock.

“[My work] is about the desocialization of humans,” writes Gear, “and the weight that plays in a child’s life. We have responsibilities for other humans, but technology has made us selfish and programmed.” (Ironically, and contrary to Gear’s preference, the interviews for this article were conducted via e-mail.) “If we sit at a computer all day,” he continues, “in a small cubicle, typing away, and then we get home and turn on this mental baby-sitter (TV) and [advertisers] tell you how wonderful life is by making it so convenient and how wonderful you can be if you were here, if you were there, if you have the right car, the right friends….We should be thinking of how much life already has to offer us.” Then he adds: “I would love to do billboards that just say, ‘Buy my shit, because you have to.'”

Brooklyn artist Dalek’s acrylic paintings broach similar issues, but the visual message is more subtle and the aesthetic style more attached to animation than traditional painting. Three paintings are huge, a nod to Dalek’s graffiti origins and his enthusiasm for muralists such as Diego Rivera and Thomas Hart Benton. And all paintings contain similar figures: creatures he refers to as “monkeys” that developed from his trying to find a unique graffiti style and, he says in his artist’s statement, from the “subconscious melting pot of excessive cartoon viewing.” But these are no warm-fuzzy critters. They are tool- or weapon-wielding automatons wearing helmets with cent signs and jet-packs emitting contrails that pollute candy-colored skies with candy-colored clouds. One oversized eye is visible, fixed on the viewer in a stare that becomes malevolent when combined with the serrated-tooth grin that never varies — portent of a future world where “happiness” is mechanized and programmed.

“I am making a lot of social commentary,” says Dalek of works with such titles as “Net Gain vs. Net Worth,” “The Shit Fairy” and “Retrofitting the Global Economy.” “We are funny,” he says. “Humans are funny little creatures wandering aimlessly through a sea of definitions, and I want to share that with them so we can all enjoy a little more.”

But Dalek’s paintings are as disturbing as they are visually enticing. With gray cables or pointy green “leaves” coming out of their crotches, and holes in their heads, and bandaged and severed limbs, and some wearing army green, Dalek’s workaday monkeys are intent either on fixing or destroying. Certainly, they (we?) wound themselves in the process. This is important work, for it successfully combines visual elements from the most benign cultural references with grim content critical to our self-understanding as human beings.

Ditto the work of Scribe and Alisa, Kansas City artists who collaborated on an amazing life-sized papier-mâché installation of characters set in a children’s book that’s not necessarily for children. Scribe’s storybook (also on display with his 2-D illustrations) takes place at CHILLWILL FUNKERNILL FARM, “the biggest and only Rhino milk soda farm in the mid-west.” Rhinos are, according to Scribe, “a form of alter ego for myself. Most of the rhinos I’ve painted around town are some sort of self-portrait. Rhino characteristics and diminishing numbers are something I relate to in a lot of my personality traits.” The plot involves a slime balloon attack by a swarm of Rumble Bumbles, resulting in a war between the rhinos and the bumblebees (which are “the dark side of spiritual warfare,” Scribe says). Like all good children’s books, the story contains a message for adults. Unlike in most children’s books — or many books at all — the illustrations are a clever form of postmodern collage, a melding of traditional acrylic illustrations, landscape photographs, papier-mâché, computer-generated art, photos of graffiti and even “real” bottled rhino milk, complete with logo and four-pack carton design. When these art forms are wedded in book form, the message is as much about the schizophrenic barrage of the Information Age as the search for Scribe’s “land of milk and honey” and reflects the socially conscious goals of his graffiti.

“Paying a lot of attention to what kind of ads and imagery [children] had to face on a simple ride to school made me gear a lot of my murals … to fight back against that kind of stuff,” Scribe explains. “Let’s let them laugh at a colorful picture instead of being convinced to smoke at an early age by some billboard because there is nothing else to look at.”

The idea that graffiti — both legal and illegal — is thoughtless vandalism arises from the estimated billions of tax dollars the United States spends each year cleaning it up. Such pocket thinking ignores taxpayers’ refusal to clean up urban blight and the advertising wasteland graffiti rightly attacks. “The same people that say graffiti is wrong,” writes Gear, “are the same people who go back to their brand new suburban house in the middle of what used to be a forest.” Many are the same people who will never venture into the West Bottoms to see this extraordinary show or hear its urgent message.