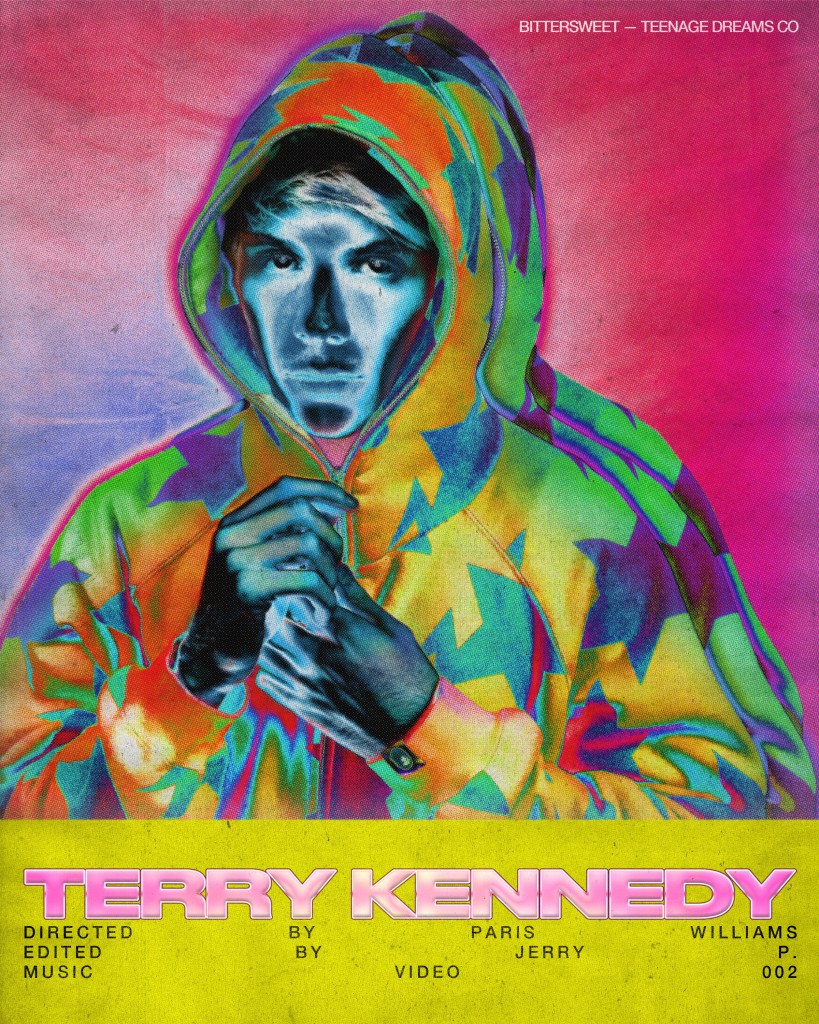 It’s an exciting time to be part of the Drop Dead XX crew. The collective features members from multiple cities in America and Europe, though Kansas City is home to a solid chunk of them, and that chunk of them is making us proud.

Just in the last week, a song by one of their groups, Blackstarkids, got placed on Spotify’s official Fresh Finds playlist (followed by 700k listeners) and got some love from The 1975’s Matty Healey on Instagram.

Today, rapper Paris Williams — who recently moved here from Michigan to be closer to the rest of the team — is releasing the video for his song “Terry Kennedy.”

The second single from his latest solo effort, Drop Dead Gorgeous, is a ground-rumbling, hoodie-on headnodder for skateboarders, punks, and other adolescent misfits. The video features green screen shots that pay tribute to the video games they grew up on — a charming fit as well considering the glitchy bits of synth scattered through the track. It also illustrates via packed-out crew shots that Drop Dead XX rolls deep — mess with one and I’d wager you’ll probably get the whole gang of them.

Paris Williams says of his new visuals, “This video feels like the first time one of my crazy ideas actually played out how envisioned. I really just wanted to pay homage to eras that truly inspired me during the formative years of my musical journey. Hope you all enjoy.”