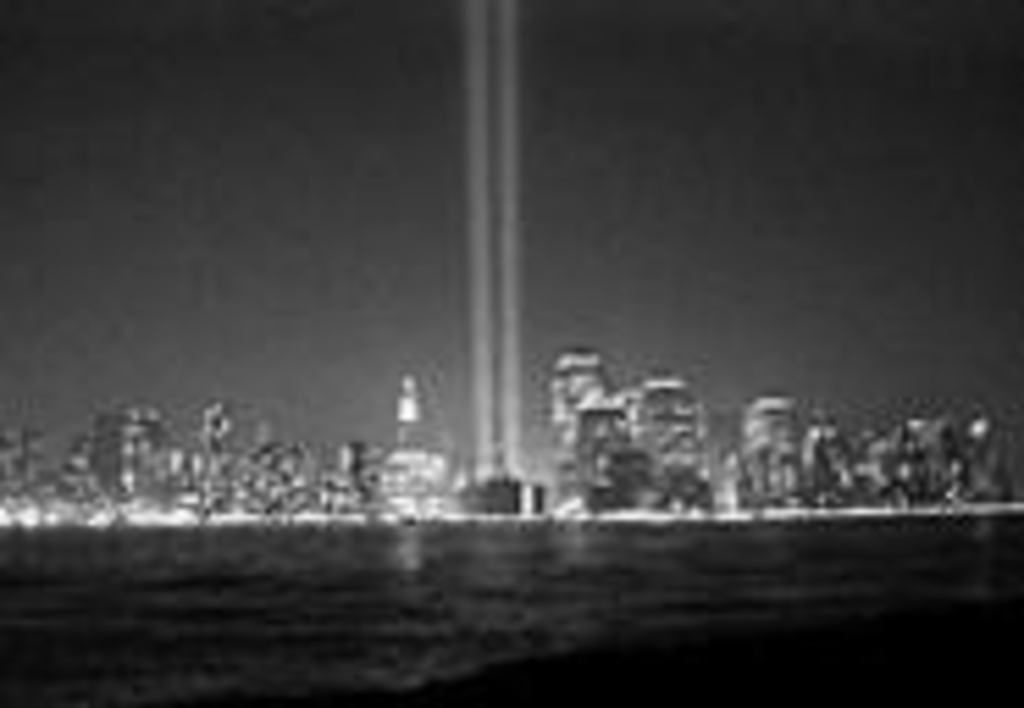 Shortly after the World Trade Center fell, New York artists created a light sculpture to replace the twin towers. Two great beams rose into the night sky from a site just north of Ground Zero for a monthlong “Tribute in Light” that reclaimed the skyline, honored the people who died on September 11 and celebrated the spirit of New Yorkers who worked to rebuild their city. Anne Pasternak helped make it happen. As the executive director of Creative Time, a nonprofit public-arts organization in New York that fosters artistic experimentation in the public realm, Pasternak was responsible for the 9/11 memorial. The organization typically commissions projects that transform forgotten places, such as an abandoned railroad station or run-down storefront, into exhibition spaces that comment on contemporary urban life.

Pasternak speaks about her experiences with Creative Time and her curatorial work for galleries on the East Coast at 7 p.m. Thursday at the Kansas City Art Institute’s Irving Amphitheater (4402 Oak Street, 816-802-3458). Her appearance, part of the spring Visiting Artists and Scholars series, is free and open to the public.— Annie Fischer

Call him a coward.

Jerry Hocutt has all kinds of advice for people who feel overwhelmed with discomfort when they’re expected to interrupt strangers with unsolicited phone calls in an attempt to sell them something they don’t want and most likely don’t need. Some of this advice is perfectly neurotic. Take, for example, the highly endorsed method of writing the word coward on an index card placed strategically by the telephone. By some miracle of reverse psychology, trying to be a wuss fills the caller with the confidence to push around whomever has been unlucky enough to answer the phone.

We’re shocked to hear reports that this works. But we’re even more shocked that nobody has given fearful interrupters this advice: Find a different job. Hocutt himself brings his Cold Calling for Cowards seminar to the Hyatt Regency Crown Center Friday, beginning at 8:30 a.m. For information, call 800-755-1325.— Gina Kaufmann

Kansas City filmmaker Dennis Ward built a life-sized re-creation of the Millennium Falcon, Han Solo’s spaceship from the Star Wars movies, for his short film Stuck on Star Wars. We think this qualifies him to make movies about nerds and their labors of love. Next Saturday, the Kansas City Filmmakers Jubilee presents Ward’s latest offering, Grassfire, a comedy-drama about a group of slackers creating a video game. Ward shot it digitally and almost entirely in the Kansas City area. The final public screening starts at 3:30 p.m. Saturday at the Westport Coffee House (4010 Pennsylvania Avenue). Admission is $3. For details, call 816-756-3222.— Christopher Blunk

Recent polls indicate that Iraqis believe life is better now than it was under Saddam Hussein. But how do we really know? At Media and Foreign Affairs: How We Get the News about World Events, KCPT Channel 19’s Nick Haines, UMKC’s Peter Morello and The Kansas City Star‘s Steve Winn try to explain the media’s conflicting messages at 6:30 p.m. at All Souls Unitarian Universalist Church, 4501 Walnut. Cost is $10, $8 for church members. For details, call 816-221-4204.— Fischer.