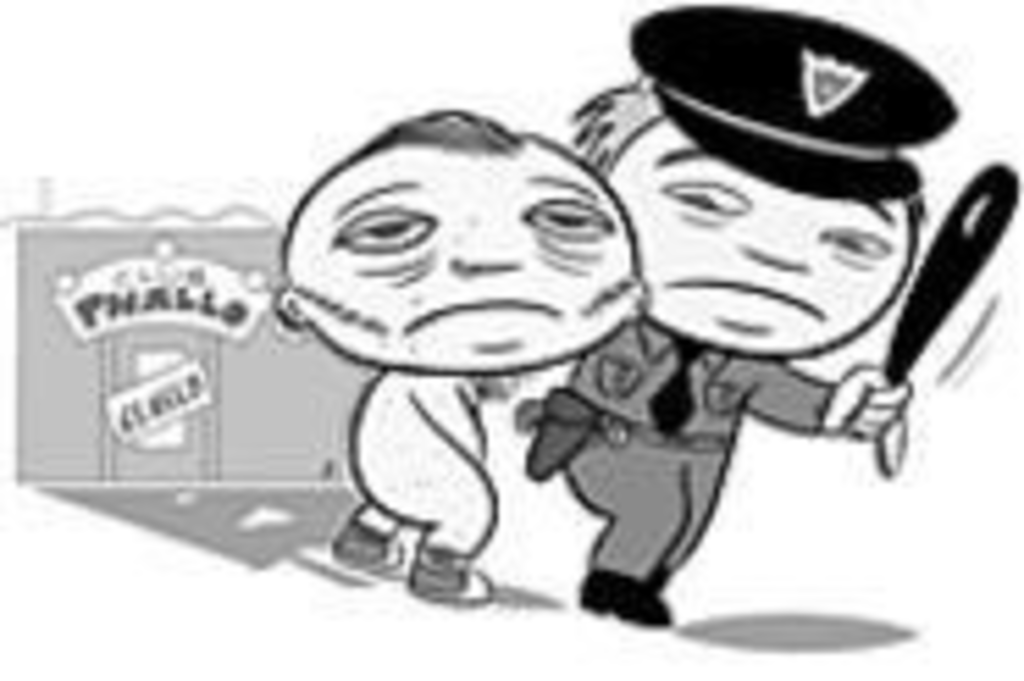 City officials have taken what can only be described as a hardened stance against “entertainment clubs” after a fatal shooting at the Roadhouse Ruby’s dance hall early December 31. Riled by the incident, officials have drafted a strict ordinance that Olathe club owners say could eventually put them out of business.

No part of the ordinance captures one’s attention more than section seven, which prohibits “human genitals in a discernibly turgid state, even if completely and opaquely covered.”

City officials say that provision aims to prevent sexual performances and contests at clubs, such as wet T-shirt contests, and any improper swelling that might result. But the ordinance’s language is so general that it apparently could extend to any overly excited male customer. And in Olathe, where one teen club and a couple of popular “teen nights” cater to the pubescent nation, compliance with that provision would take either an act of God or mandatory spinal shots at the door for guys.

Olathe club owners aren’t upset about the prohibition of pocket rockets or the city’s interest therein (enforcement, after all, would be a rare, difficult and unappealing task), but they say the city’s hard-on for hard-ons emphasizes the ordinance’s severity.

In the name of safety, the ordinance also proposes that club owners close down at midnight (the current law mandates 2 a.m.), hire uniformed security personnel and limit their clientele to either an underage or of-age crowd. With a 3 a.m. closing time across the state line, Missouri bars’ longer hours are already the envy of Kansas club owners.

“We probably wouldn’t be able to stay in business longer than a few months, honestly,” says Wendy Orlando, who co-owns Orlando’s Nite Club with her husband. “We’re too close to Missouri. We already see some crossover people leaving the club early so they can get to Missouri and spend the extra hour over there. Last call is typically twenty to thirty minutes before actual closing because you have to have all the drinks off the table by closing time.”

Although city officials have more or less narrowed their sights on the city’s large clubs — Roadhouse Ruby’s, Orlando’s and the weekend teen spot Studio 2000 — they originally targeted just about every site of nightlife in Olathe. But when area bar and grills, taverns and bowling alleys complained about being unfairly lumped in with large dance-and-drink establishments, the city started to specify what constituted an “entertainment club.”

“Our goal all along is to address public safety concerns,” says city communications director Tim Danneberg, “and if there is any impact other than intended, to make sure that it is negligible or inconsequential to businesses where these public safety concerns don’t exist or are very minimal.”

The owners of Olathe’s larger clubs call the ordinance an overreaction to a few isolated incidents, specifically the Roadhouse Ruby’s shooting and a fight last November that brought police to Studio 2000.

“[It’s] way extreme,” Orlando says. “For one, I don’t think Olathe has the type of problem that they’re talking about.”

Olathe officials have repeatedly said the proposal is just a starting point. “The purpose of that was for the city to put together a very rough draft,” says Danneberg, “and then build off of that to change it or alter it based on further legal research and strongly based on input from business owners.”

But in a meeting last Tuesday between city officials and representatives of Olathe nightspots, a new draft appeared with no changes regarding nightclubs. Even the city’s concern over bulging trousers pops up in the latest version. And with a council vote expected soon, such reluctance to relax the ordinance has the potential to scare club owners stiff.