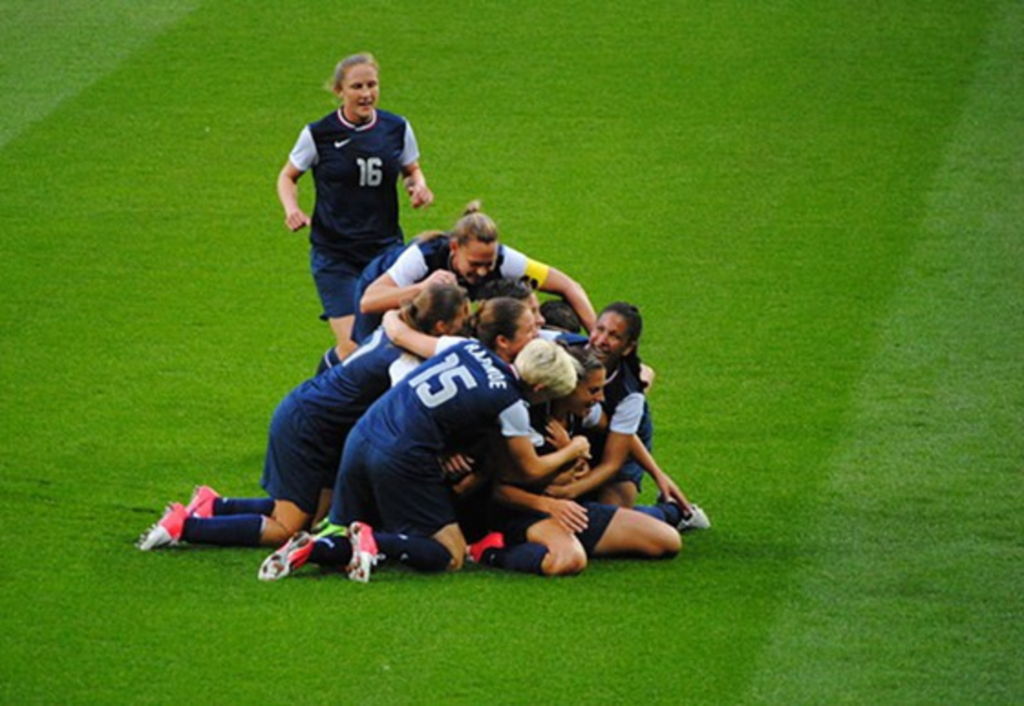 Stars of the US women’s national team celebrating a transfer to KC back in 2012.

It’s been quite some time, but women’s soccer is finally back in the Soccer Capital of the United States.

The National Women’s Soccer League announced in a press release Tuesday that its board of governors approved an expansion team in Kansas City, where it’ll begin play in 2021.  All player rights, draft picks, and certain other assets held by Utah Royals FC will move to the new team in Kansas City.

“I recognize that at times I have spoken too quickly, without pausing to consider the feelings or good intentions of others,” Hansen said in a statement. “This is not acceptable, and I assume full responsibility for allowing my words to travel unfiltered as to their significance and impact.”

FC Kansas City was one of the NWSL’s original franchises when it began in 2013. The team won two NWSL championships and hosted some of the best soccer players in the country. But after a change in ownership, the organization moved to Utah, where it was one of two franchises to average over 10,000 fans per game last season.

It moves back to a Kansas City market that placed third in television ratings for the 2019 Women’s World Cup and until the pandemic, routinely averaged near-capacity at Children’s Mercy Park for Sporting Kansas City.

“This is a tremendous opportunity for our league, and I’m absolutely thrilled to welcome Kansas City back to the NWSL,” NWSL Commissioner Lisa Baird says. “Kansas City is a soccer-rich community, and this fantastic ownership group is ready and able to commit the resources necessary for this club to be a massive success. I’d also like to thank the fans in Utah for their incredible support of the NWSL.”

“Chris and I could not be more ecstatic to welcome a team back to Kansas City, especially as the league has been transformed by innovative leadership and explosive growth. We are committed to getting this right – for our team and our town,” Angie Long says. “We can’t wait for the players and the country to see what we have long known: there’s something special about living in Kansas City and something even more special about playing here.”

Joining the Longs in ownership is marketing and creative executive Jen Gulvik, who will serve as the new NWSL Kansas City team president, and former professional soccer player and fitness entrepreneur, Brittany Matthews.

The new team will play at T-Bones stadium out in the Legends, according to the Kansas City Star’s Sam Mellinger. If only there was a neat, little training facility right next to it where they could play and host even more fans when the time is right.

We also might’ve been on to something in regards to the future of sports in Kansas City.

Hello world! We are NWSL KC. Read all about us here: https://t.co/KSiCZRAXMO
We're so excited to be part of elevating women's soccer – both the game and the athletes – and hope you'll join us on this journey!

Did I just become a KC NWSL fan?? pic.twitter.com/dmCDo6njEe