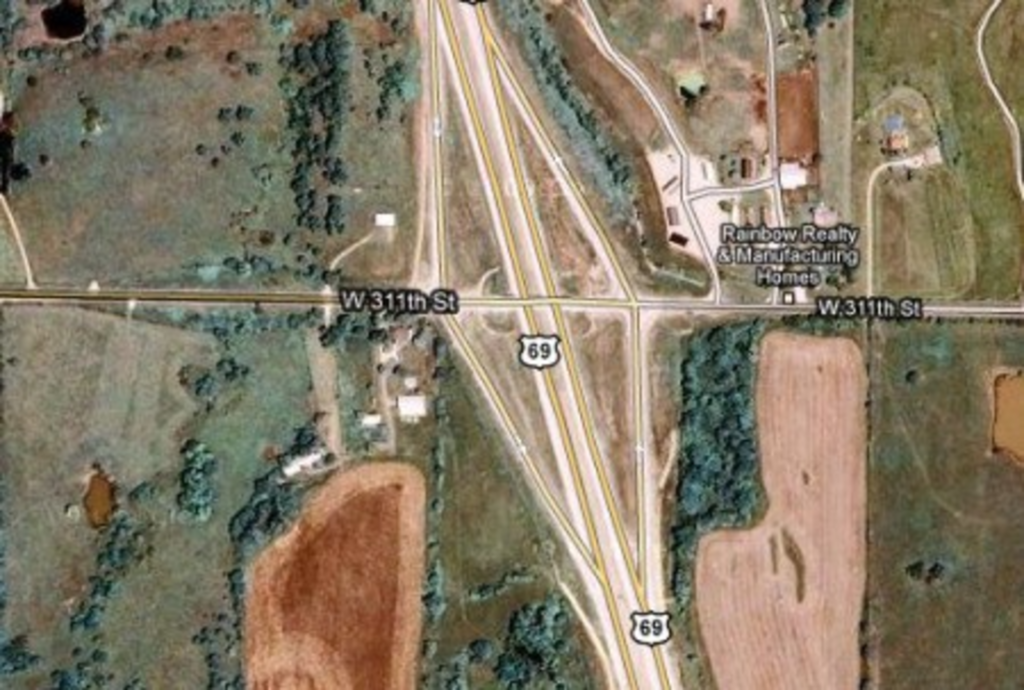 The partially naked body of a woman was discovered on the side of U.S. Highway 69 near Louisburg Wednesday, and authorities in Miami County said there were “obvious signs of foul play.”

Authorities believe the woman’s body was dumped on the side of the highway near 311th Street sometime after 5 p.m. Tuesday, according to KMBC Channel 9.
Woman’s half-clothed body found near highway in Miami County

Authorities in 9’s report described the victim as a white woman with “medium-length dark hair,” “medium build,” “medium height” and “a 2-inch oval birthmark above her right ankle.” They also said the woman is in her late twenties or early thirties and wearing a black “Back Yard Burgers” T-shirt. The woman didn’t match any missing persons reports.

If you can help identify the woman or spotted anyone stopped on the side of the road Tuesday evening, call the Miami County Sheriff’s Office at 913-294-4444.