With its new North Kansas City headquarters, the Rabbit Hole is aiming for the children’s-literature stars 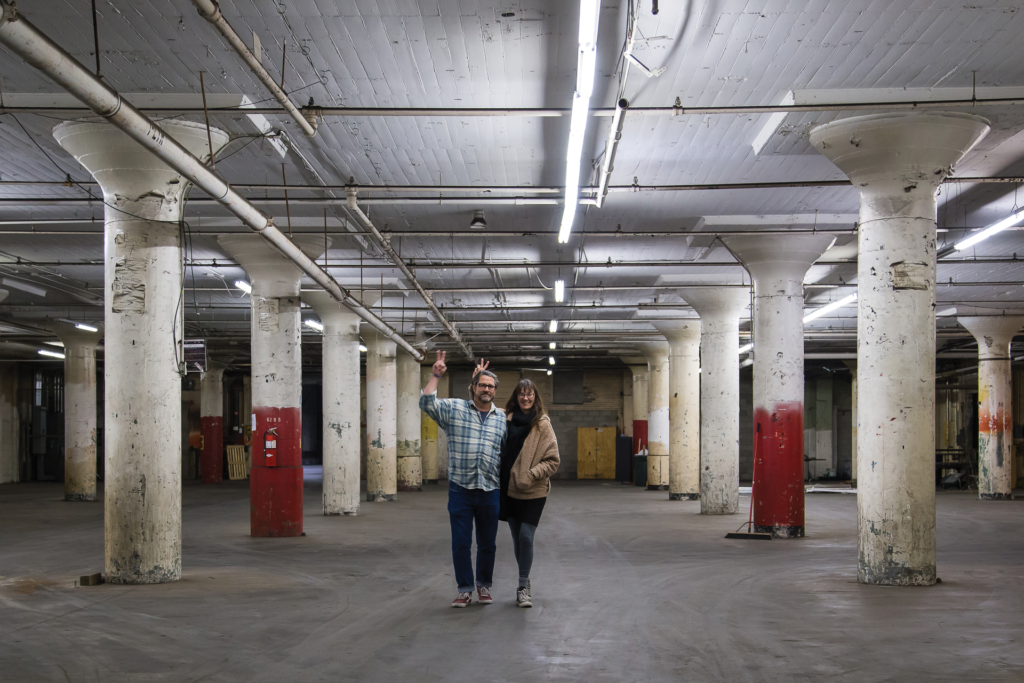 Pete Cowdin stands in an expansive North Kansas City warehouse filled with bottled beverages stacked on wooden pallets. Everything in this three-story, 165,000-square-foot industrial space is made of raw, exposed concrete, amplifying the abnormally chilly spring day. Workers zip by on forklifts, moving at a speed that seems unsafe, glass clanking as the pallets are loaded onto waiting trucks. Cowdin puts his hands on his hips and takes a deep breath, surveying the room.

Soon, the bottling company that occupies this massive building will move out, and Cowdin and his partner, Deb Pettid, will take over the place. They bought it earlier this year with plans to convert it into the permanent home of the Rabbit Hole, a big-vision concept they’ve taken to calling the world’s first “explorastorium.” A what?

“We want to create spaces where you can walk into literature and translate knowledge into an immersive experience,” Cowdin says.

Among other things, Cowdin and Pettid hope to fill the warehouse with not only life-size renderings of classic and contemporary children’s books, but also a bookstore, resource library, theater, and printing press/bindery, with the whole thing functioning like a living piece of art in the style of St. Louis’ City Museum.

The idea is perhaps too imaginatively ambitious to call a natural evolution, but it makes a certain amount of sense given Cowdin and Pettid’s background. Children’s literature has been the central focus of their lives since 1988, when they opened the Brookside bookstore Reading Reptile. They closed the shop in 2016 and began devoting their time to a new, Crossroads-based nonprofit called the Rabbit Hole.

There, the couple took their artistic endeavors to a new level. One example: they created a prototype storybook gallery based on Jon Agee’s The Incredible Painting of Felix Clousseau, about a painter whose hyper-realistic work comes to life and roams the streets of Paris. More than 3,500 people visited the exhibit, including Agee himself, and nearly every family bought a book.

Knowing they wanted to continue down this path, and grow, Cowdin and Pettid began scouring the city for potential new locations. North Kansas City gradually emerged as a frontrunner.

“We became fans of the area and the many wonderful things happening here in terms of new and smart development,” Cowdin says. “We spent almost two years searching for a home in downtown Kansas City and the Crossroads, but we found ourselves on the back end of that trend and consistently priced out. We feel like we’re on the front end of the North Kansas City phenomenon, and we can be a part of that.” 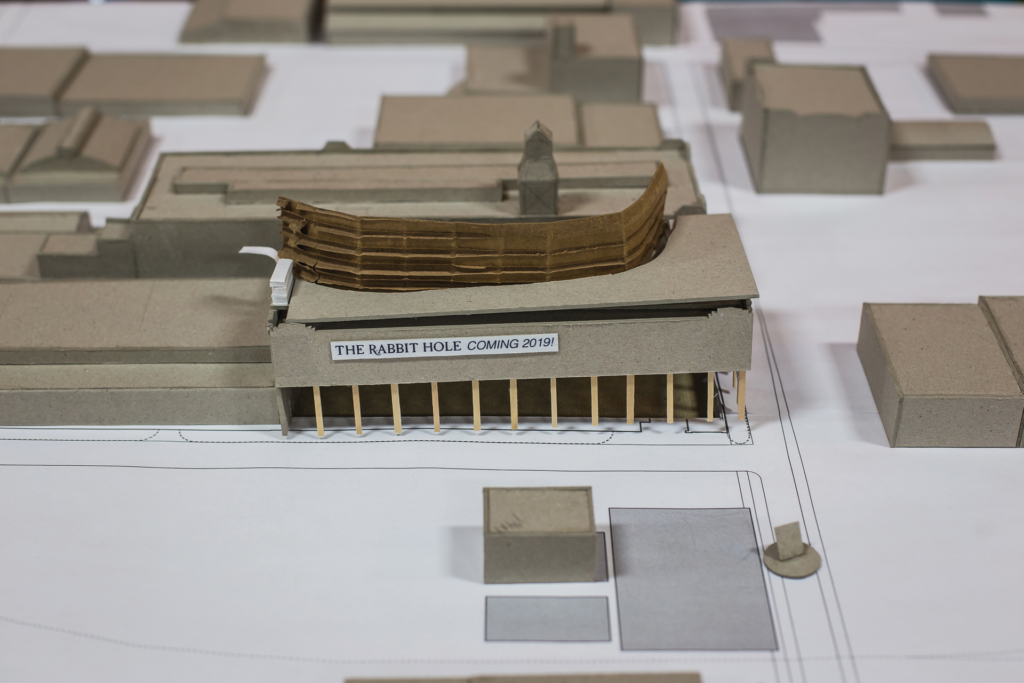 The Rabbit Hole has taken on new life — and received more financial support — now that the physical location for its manifestation is secure, and they’re eyeing an opening date sometime next year. The estimated price tag to make everything happen, though, is steep: $10 to 12 million. But there are reasons to be optimistic they can pull it off. The couple has a lot of experience with large-scale exhibitions, and during the Reading Reptile’s 27-year run, it earned a national reputation and put Kansas City on many publishers’ radars. Cowdin and Pettid often made sculptures and planned events to coincide with authors’ visits.

“We treated their work in a way that was not only respectful but also crazy and weird,” Cowdin explains.

Also working to the Rabbit Hole’s advantage are the years Pettid spent working at children’s bookstores in New York and the extensive knowledge (and contacts) she picked up along the way. The nonprofit’s board — stacked with local and national literary stakeholders such as Linda Sue Park, Kate DiCamillo, and Daniel Handler (aka Lemony Snicket) — reflects that.

“You have to read good writers to understand what good writing is,” Pettid says. “Our team needs to be knowledgeable and confident regarding books, publishers, and editors to create context and value.”

Cowdin says that, much in the same way that life lessons are cleverly hidden in the best children’s stories, layers of deeper meaning will be tucked into the Rabbit Hole’s eventual exhibits. It’s not just for kids, in other words, or even parents. It’s for everybody.

“It will be like a garden, always growing,” he says. “But mostly it will just be a blast.”