With its move into downtown, the Bristol makes a triumphant return to Missouri 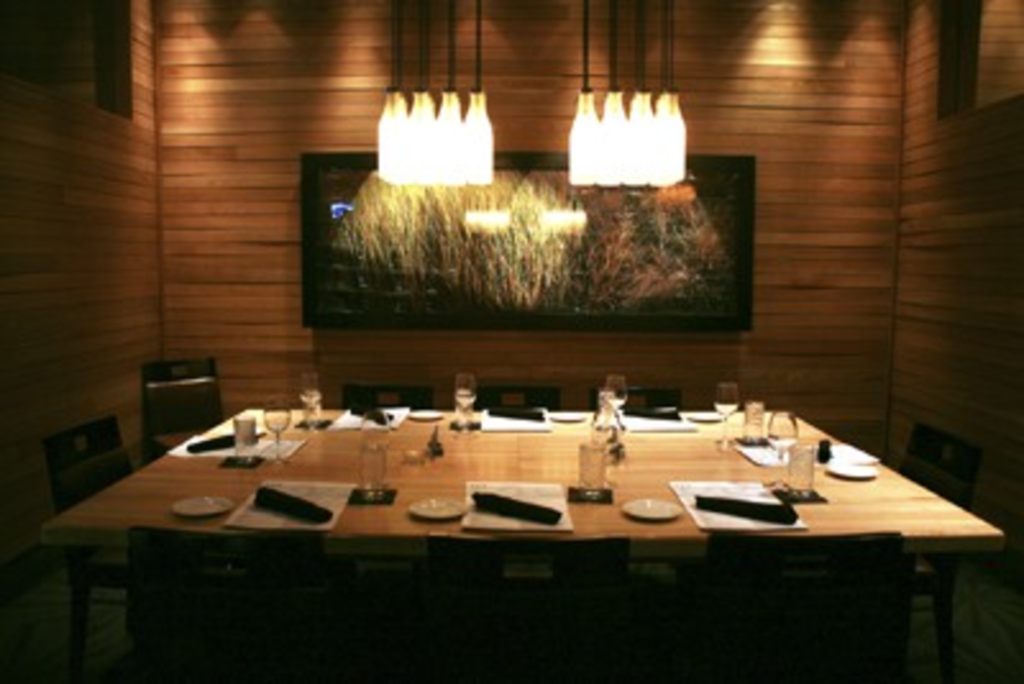 Someday the whole stinking story will come out. The story about how the original Bristol Bar & Grill lost its lease and was exiled from the Plaza in 1995. Legendary restaurateurs Joe Gilbert and Paul Robinson opened the Bristol on the Country Club Plaza in 1980, and it’s no secret that another restaurateur, Nabil Haddad, coveted the location. The Bristol was one of the most popular dining spots in town, and when the J.C. Nichols Company sent the Bristol packing, Haddad netted the prize. But that’s not the end of the story. Haddad installed, at great expense, his own seafood palace, Jules, which sank almost as fast as the Titanic. The Bristol took its signature 19th-century stained-glass dome and moved to Leawood, where it has thrived.

While things have gone swimmingly for the suburban restaurant, a lot of people (myself included) have wondered whether it was a gamble for the Houlihan’s Restaurant Group to open a second Bristol Seafood Grill in the new Power & Light District. I’m not kidding when I say a Red Lobster would have lured bigger crowds down to 14th Street.

But no one asked me, so what the hell. And since I’m a gambler by nature, I’ll say this: Of all the restaurants operating in the P&L District, the Bristol Seafood Grill is the one with staying power. It’s not just one of the better restaurants in this neighborhood but also the only potentially great one.

Not everyone agrees with me. My friend Truman likes the food and service at the downtown Bristol, but he thinks the sleek, modern décor looks like an airport terminal. “It’s so sanitized,” he complains. “There are no tablecloths in the dining room, and television sets are everywhere. It lacks a soul.”

I’ll agree that there’s a stark, 1960s coldness to the interior design, but that’s less of an issue at night when the dining room is bathed in shadows. A glass wall separates the more intimate dining area from the bar half of the space, which I find the most appealing place to dine, even with all the soundless TV monitors. Another glass wall, hidden by a curtain of metal chains, divides the dining room and the kitchen. It’s impossible to compare the downtown Bristol with its more traditional Kansas counterpart, but they have nearly identical menus and serve those drop biscuits that everyone seems to love … except me. Unless these Bisquick-style babies arrive at the table straight from the oven, the exterior begins hardening faster than cement.

“We call them biscuit bombs at the end of the night,” one of the servers confided to me. “If you drop one, it shatters into a million pieces.”

In my four visits to the Bristol, I’ve actually enjoyed one of those bombs only once. And I detest the sticky-sweet honey-butter blend that comes with them. I can hardly wait until the fad for flavored butters goes the way of the relish plate. On the night I was dining with Truman, he groused that those biscuits were the only bread served at the Bristol. “And these,” he said witheringly, “are as hard and dry as an ancient Sumerian cuneiform tablet.”

At this stage of my life, I don’t need to be eating biscuits anyway. But I will say if they’re hot and fresh, these slightly sweet mounds of baked dough are comforting with a bowl of the Bristol’s signature clam chowder, which is excellent. I prefer having a cup of soup to sharing a starter, which isn’t fair to the Bristol’s extensive selection, including the pricey (almost 50 bucks!) but seductive cold seafood platter. I shared that platter — with its thick hunks of tuna tartare spilling out of a silvery horn, eight freshly shucked oysters and eight icy jumbo shrimp — with four friends one night last summer, and it was great. But I still ordered chowder.

On the night I went back with Truman, I was leaning toward the escargot, which I’ve never had at the Bristol. But he wanted to try the fried red-chile oysters. He had wanted something sexy and hot, but I’m not sure he got either: The six little bivalves were coated with cornmeal batter, deep-fried and served with little piles of seaweed and a sweet-hot chili sambal dipping sauce. “If they didn’t promise there was an oyster in there,” Truman said as he bit into the crackly crust, “I’d swear there wasn’t. I can’t taste any oyster.”

I can state for a fact that there wasn’t any lobster in the lobster ravioli, either, but the pillows of ravioli (supposedly stuffed with “balsamic grilled vegetables,” although I didn’t recognize any distinctive flavor) were smothered in a silky sauce that was rich with lobster pieces. It was a soothing, sexy dish for a cold night. Truman wasn’t nearly as excited by his dinner, the combination of crispy short ribs with scallops. I thought the short ribs were wonderful, but Truman found chef Pat Cleary’s mix of gnocchi, leeks, mushrooms and — allegedly — a horseradish gremolada (I couldn’t taste it) was “a Frankenstein fusion … he’s got everything in here except sea anemones.”

I have better luck with the dishes that the Bristol has always done with panache. I’m a fan of the mesquite-grilled fish, including a first-rate rainbow trout served with wonderful side dishes such as lemon risotto or lobster macaroni and cheese. Aged steaks are also excellent, as is the lobster Cobb salad.

One bitterly cold night, after a show at the Midland, I wandered into the Bristol with Bob and Peggy and had the most elegant — but simple — late-night meal in the bar: clam chowder and a very fine Caesar salad. Bob ate shrimp cocktail and spoke, sentimentally, of the 15 years he spent working at the old Bristol, the famous one on the Plaza. He had been there when Gilbert and Robinson put their imprint on the place.

“But I like this Bristol,” he said, looking around the room, “because it is so different from the original Bristol. It has its own style and energy instead of trying to duplicate a restaurant that was really unique. This is the Bristol of the millennium.”

That’s one of the things that makes the downtown Bristol so appealing. Now if they could just do something about those biscuits.