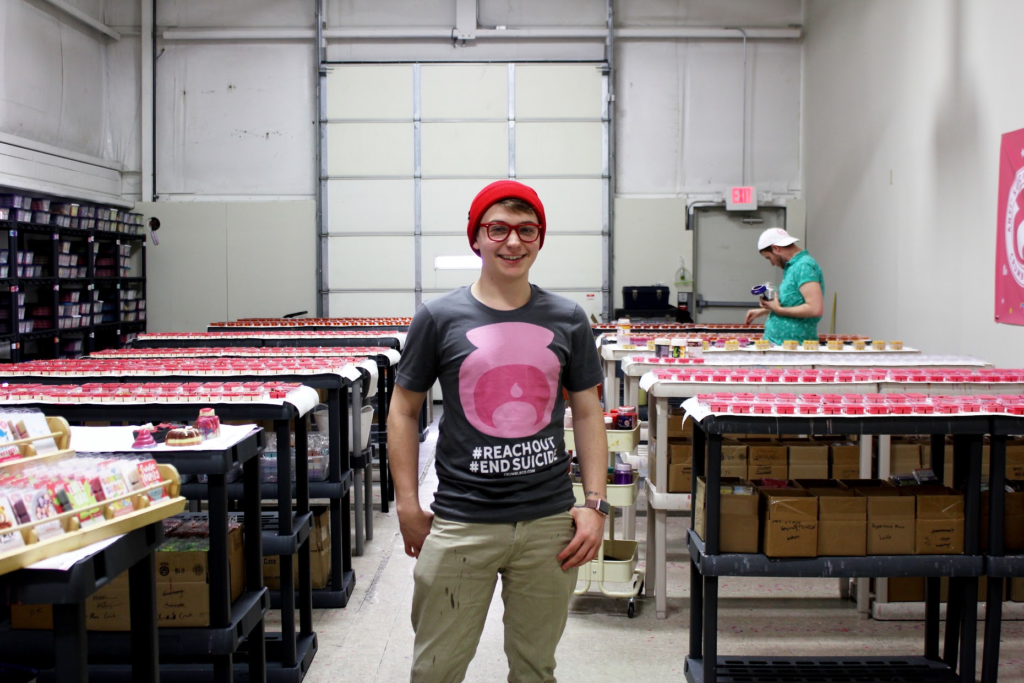 Crumble Candle Company’s origin story is dark. Much like a candle, though, it gives way to light.

It starts in 2015, with Brandon Love, then 17 years old, living in Baltimore and suffering through a bad breakup. Depression transitioned into suicidal thoughts, and one day Love found himself in his father’s closet with a gun to his head. Then a thought crossed his mind, something a friend had told him about getting through tough times: “Stay busy.”

Love had been crafty his whole life — in his spare time, he’d make buttons and stuffed animals, or worked on graphic design projects. Maybe, he thought, a new, creative venture could pull him out of his deepening darkness. Rather than ending it all in that closet, he walked downstairs and asked his mom, Darlene Troutner, if she’d be interested in making some candles with him. They each put $50 toward supplies and started producing wax melts in their home kitchen, selling their finished products on Etsy. 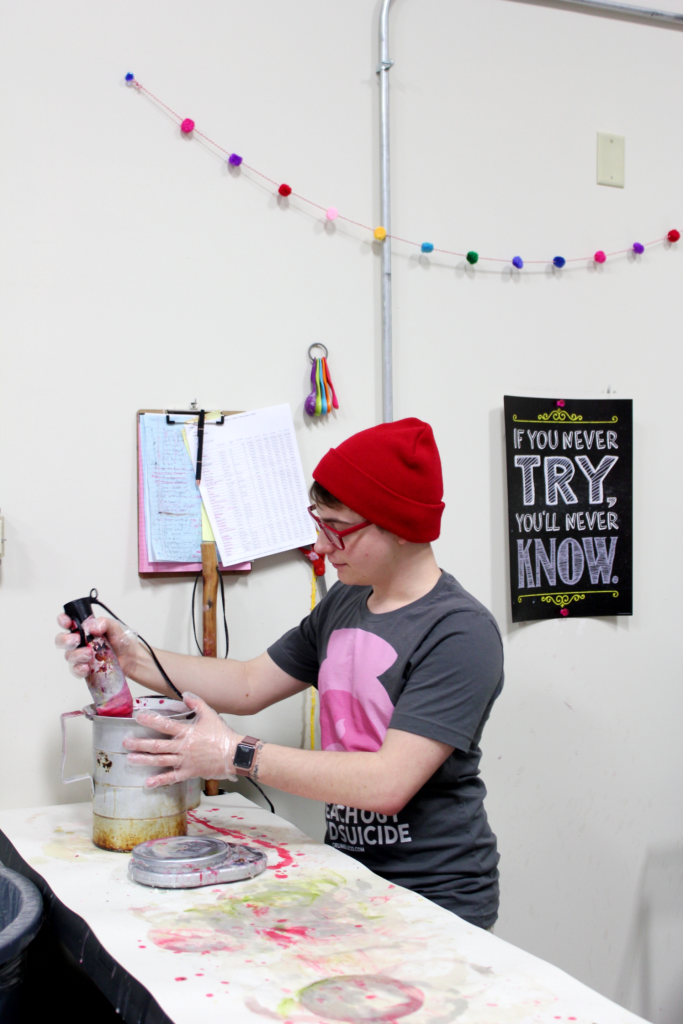 Pretty quickly, it became apparent that there was a market for Love’s creations. His lifesaving hobby was starting to look like a viable business. When his ex-boyfriend resurfaced, Love realized he needed to leave Baltimore and focus on Crumble Candle Company, as he had named it. He had a few friends in Kansas City. It seemed like an up-and-coming type of place, a good fit for a growing business. So, in 2016, he made the move to the Midwest.

“For a year, I was hardcore ramen-noodle budgeting, but it was wonderful,” Love says. “I was having more fun than I’d ever had.”

In Kansas City, Love also found catharsis by weaving his past struggles into the identity of his candle company. He calls Crumble Co. an “anti-suicide and pro-joy aroma company,” and sells wax melts with titles like “Exploding Unicorns” and “F*ck Anxiety.” And, with Crumble Co.’s robust Facebook group, he’s walking the walk.

The 20,000-member Crumble Family (it’s separate from Crumble Co.’s company page, which has over 60,000 followers) bills itself as not only “proudly Facebook’s largest candle community,” but also an “online safe-space for topics concerning mental health.” People share their own experiences and provide support for others. Volunteer moderators respond to every post with messages of compassion. So do Crumble Co. employees like Spencer Gustin.

“I definitely have my own sort of battle with mental illness and suicide,” Gustin says, “and I also really wanted to have some sort of purpose to wake up to in the morning. And Crumble Co. let me have that.”

“To me, our mission is to make bad days a little brighter,” Love says. “We’re in an industry that’s so basic. We could just sell wax, but [instead] we’re getting to do this thing where we have direct impacts on people’s lives.” 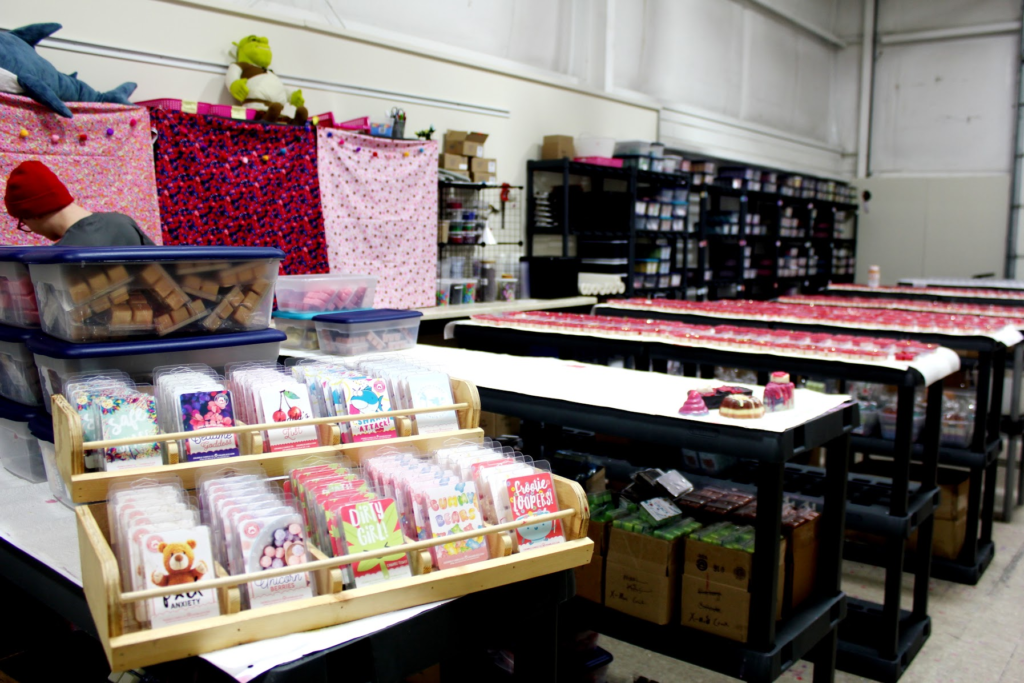 In the last two years, Crumble Co. has blossomed into a five-employee business that operates out of an extremely pink Olathe warehouse decorated with unicorn and mermaid images. (The success of the business also gave Love the opportunity to move his parents from Baltimore to Kansas City; they both work for him now.) It smells heavenly, owing to candles christened with product names like Oh So Pretty, Fruity Loops, Boy’s Tears, Sexy Lumberjack, and Man Bun. The vibe is collaborative: the whole team is involved with every part of the business, from shipping to pouring the wax melts to packaging and trying out new scents. 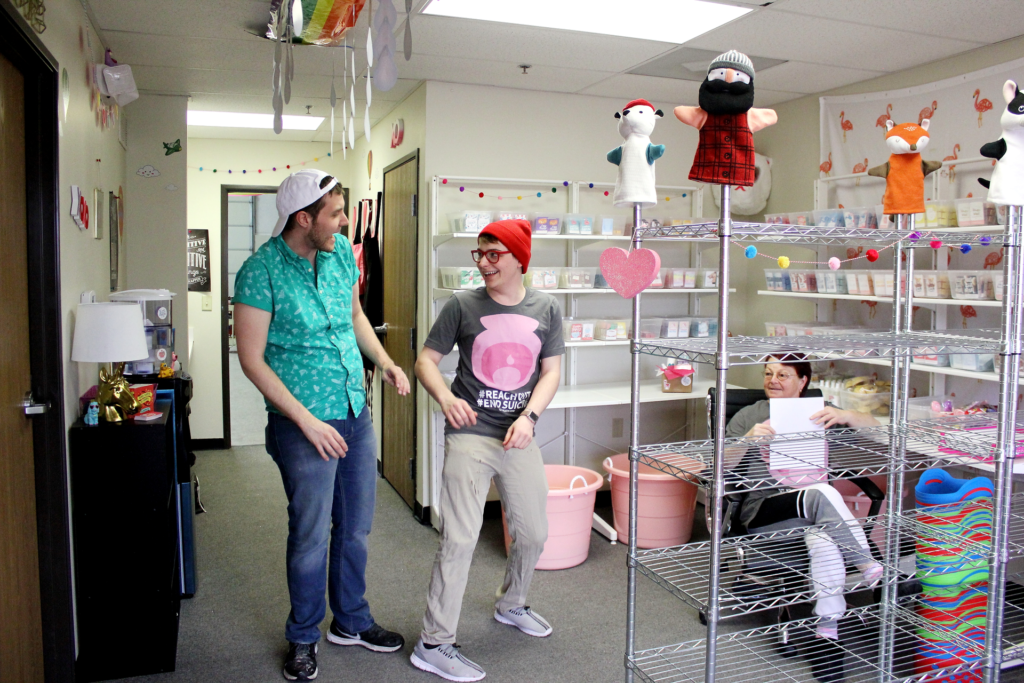 “It’s very strictly unstrict,” Love says. “When you’re doing one mundane task, it’s not good for mental health, and we’re a mental health company. So every five minutes we’re doing something else. We’ll be on the floor producing, blasting music and dabbing while pouring wax. Every wax is made with music and bad dance moves.”

Currently, Crumble Co. sells its candles at HyperKC, in the River Market, though the bulk of sales are online at waxcrumbles.com. In the near future, though, Love is angling to relocate the company’s facilities closer to downtown Kansas City, to a space with a storefront. He wants to start making other bath products and become “Kansas City’s go-to bath and body store.”

Love recently went through another breakup, but by now he knows the drill. He quickly channeled his blues into a new line of wax melts.