With Barrel of the Bottoms, local comedy is doing more than scraping by 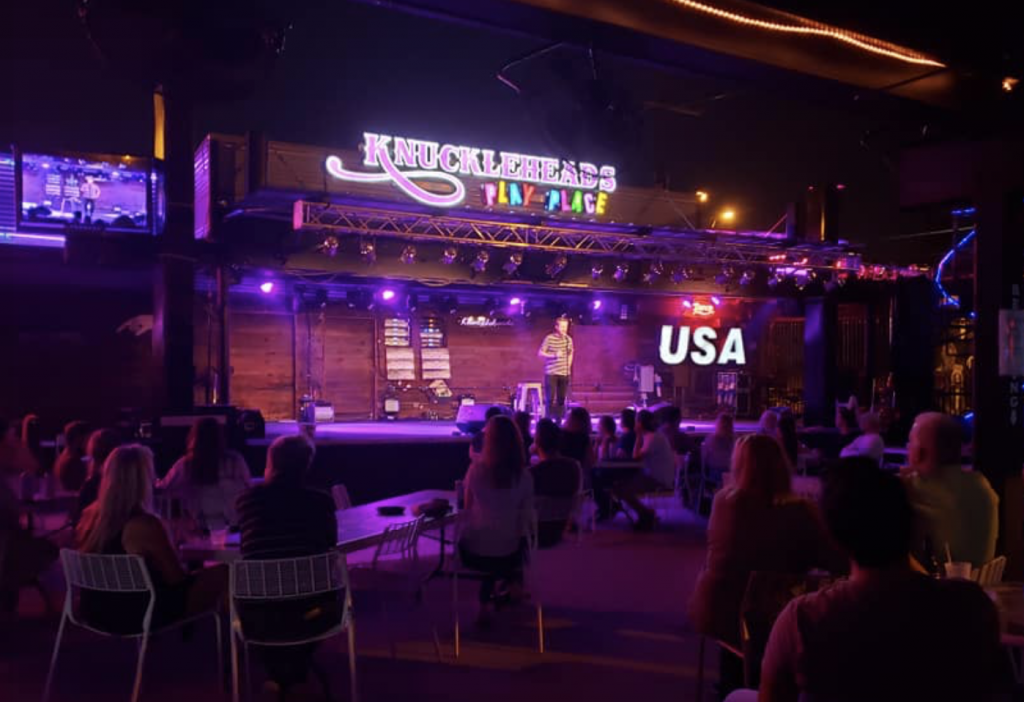 In the West Bottoms of the Kansas City sits an eclectic space that many Kansas Citians have performed in and laughed in.

Comedian Stephen Taylor and his friends created that space roughly two years ago and named it Barrel of the Bottoms. Taylor runs the space with friends Cary McRoberts, Dane Vedder, and Ryan Riggs. They began recording podcasts and later host events like open mic nights. It’s still there, but things look different there these days.

The COVID-19 pandemic threw the Kansas City comedy scene a curveball, but Taylor says it was one that Barrel of the Bottoms was ready for.

“We kind of started this thing on the idea of being flexible to people’s needs,” Taylor says. “That mindset has at least helped when it comes to this. We were (already) having to do things creatively when you’re getting people on the fourth floor of a warehouse and trying to do comedy shows up there. ”

Within the last year, Barrel of the Bottoms pivoted from hosting live shows to digital ones. They began hosting outdoor socially distant and masked shows last fall, which Taylor says they will continue in conjunction with livestreamed shows.

One of their first featured digital shows was ‘Body Language‘, a showcased mix of comedy, burlesque and drag hosted by comedian Brittany Tilander. Barrel of the Bottoms features this show every third Friday of the month.

“The idea of doing livestreamed shows I think initially sounds like it could be boring,” Taylor says. “It kind of felt like if there was anything that was going to be able to translate to something fun that you could watch on YouTube, that felt like a good first guess. She wanted to do it and we wanted to give it a shot.”

In addition to a full slate of digital shows, Barrel of the Bottoms will host a variety of other opportunities for creativity in the near future, such as writing workshops every Tuesday and monthly live-streamed comedy shows from Kansas City’s Knucklehead’s Saloon.

Throughout the pandemic, Taylor thinks it’s important that comedy can still exist in the capacity it can right now, even if live shows have changed. In times like these, we deserve to laugh.

“It’s just the most communal thing you can do,” Taylor says. “I don’t think there’s anything you can really do to replace that. Laughing is kind of the only thing that’s gotten me through the pandemic and I would assume I’m not alone in that.”