With all of his talk about the “middle class,” Congressman Sam Graves sounds like the idiot on Main Street 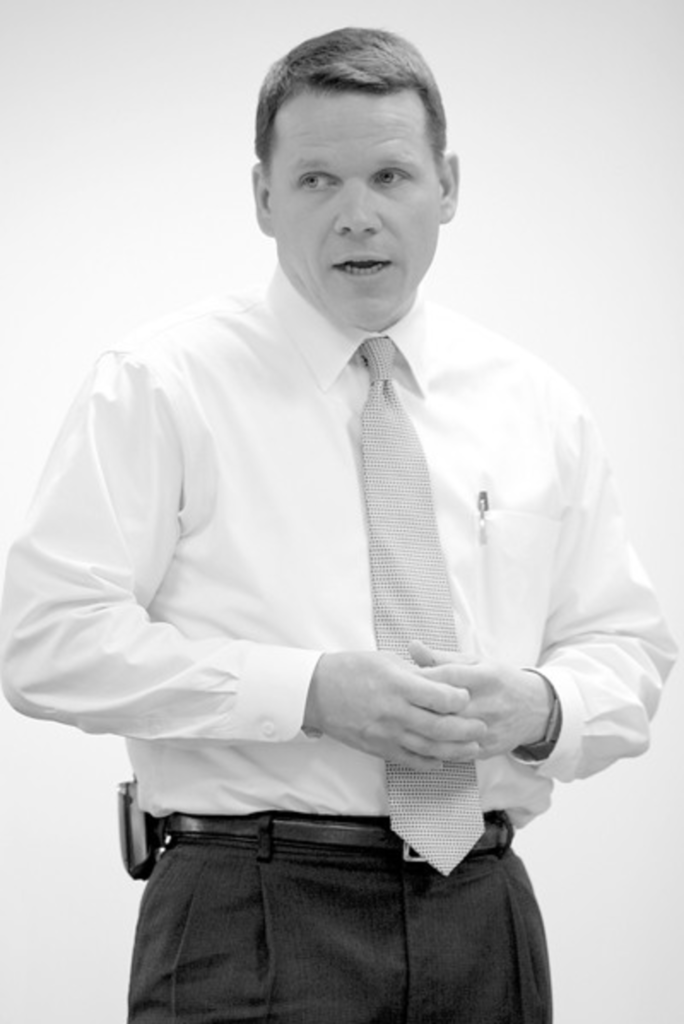 Sam Graves goes to bed wearing an apron. As the congressman drifts to sleep, he calculates the sales tax on dry goods. He wakes to the sound of the shop-door bell.

Or at least that’s the impression he likes to make. The Republican frequently invokes Main Street in his “Straight Talk With Sam” newsletters. In Graves’ mind, Congress needs to “invest” in Main Street (October 20) and “focus on” Main Street (December 8). Those tricky Wall Street speculators? Better not move their debts to Main Street (September 29).

When he’s not scolding his fellow lawmakers for paying insufficient attention to Floyd the Barber and Lem’s Grocery, Graves likes to drop a little statistical knowledge. In the past year, eight of his newsletters have claimed that small businesses create seven out of 10 new jobs.

It’s a pleasing notion, especially in today’s troubled economy. Lehman Brothers may have disappeared into the suck, but we still have Smoky’s Western Store.

Alas, small businesses do not create seven out of 10 jobs. Never have. The stat was discredited more than 15 years ago.

Politicians use metaphors and dispense faulty information as a matter of course. But Graves goes beyond redundancy and myth. Behind the flag-draped storefront lurks a right-wing agenda that even his northwest Missouri constituents may not find all that appealing.

As though suffering from loss of short-term memory, Graves stated, in his three most recent newsletters, that small businesses create seven out of 10 new jobs. On December 8, Graves quoted the stat while criticizing “billion dollar bailouts of failed corporations.” Dude, there’s a Ford plant in your district!

On December 15, Graves blasted “all the red tape and burdensome regulations” that the federal government places on small business. Graves didn’t describe these regulations in any detail. He did, however, refer to the “red tape” as unnecessary — twice.

On January 5, Graves extolled the virtues of small business while announcing that he will serve as the ranking member of the House Committee on Small Business. “As the creator of 7 out of every 10 jobs in America, it will be small business that will help lead our economic recovery,” he wrote. Fightin’ Sam promised to ensure that small business had access to capital — a somewhat curious claim to make, considering that Graves voted against the $700 billion injection into the banking system.

Graves promotes free markets. So it’s ironic that one of the economists who doubts small business’s job-producing capabilities is Milton Friedman, the Leonardo da Vinci of free-market economic theory. Friedman doubted the statistical underpinnings of the claim in a 1992 essay titled “Do Old Fallacies Ever Die?”

A year later, three young academics crunched U.S. Census data and determined that small firms weren’t the prosperity machines they were cracked up to be because workers at large firms were less likely to lose their jobs. (A new job, after all, isn’t much good if it disappears.) David Hirschberg, who had worked as a statistician at the U.S. Small Business Administration, said the small-business numbers were a “hoax.” In his 1999 book, The Job-Generation Controversy: The Economic Myth of Small Business, Hirschberg equates the small-business myth proponent with a racetrack bettor who wagers $80, collects $65 and declares a profit.

Politicians of every stripe pledge their alle­giance to small business. But what does it mean to join hands at the fruit stand with Mom and Pop?

For Graves, small-business advocacy often means pain for workers and the environment. He voted to weaken the Endangered Species Act (2005), reject an increase in the minimum wage (2007) and deny victims of sex discrimination additional remedies (2008).

Graves’ “7 out of 10” act is tedious. Equally bad is his tendency to dress up Bush-era tax cuts as great gifts to the middle class.

Last spring, Graves said Congress needed to act and give “middle-class families and small businesses the tax relief they need.” He warned that Washington was poised to enact a $683 billion tax increase.

In a way, Graves had voted for that very tax increase. In 2001 and 2003, the Republican-controlled Congress approved tax cuts with expiration dates. Last year, the Congressional Budget Office said that extending the tax cuts, which expire at the end of 2010, will cost $729 billion.

Those tax cuts, you may remember, were criticized for favoring the wealthy. In 2003, Citizens for Tax Justice said the top 10 percent of earners would receive an average tax cut of $17,302. The bottom 60 percent would receive $650.

But Graves apparently believes that these tax cuts are the best thing to happen to the middle class since cable television.

Last January, Graves urged Congress “to extend the largest middle-class tax relief package” passed earlier in the decade. “Missourians should be able to spend more of their own money, rather than giving it to bureaucrats in Washington,” he added.

He continued to pound the drum on behalf of “working families.” The biggest tax hike in American history is right around the corner, he warned his constituents in May, “if Congress fails to act and make middle-class tax relief permanent.” To illustrate his point, Graves said a family of four (with two children) earning $50,000 annually would see their tax bill go up by 191 percent.

Graves got his numbers from the White House, which got its numbers from the U.S. Department of the Treasury. Treasury’s numbers assume that middle-class perks, like the $1,000 child-tax credit, go bye-bye in 2011. But the Democrats who now run Congress say they want to protect some of those benefits. A few days before Graves sent out a newsletter warning of $2,825-a-family tax increases, Democrats reached an agreement on a budget blueprint that extends the child-tax credit and relieves the so-called “marriage penalty.”

But it’s not Graves’ support for Republican-flavored tax cuts that’s creepy. It’s the way he sticks supply-side economics in a lunch pail.

On the fifth anniversary of the 2003 tax-relief package, President George Bush called on Congress to make the tax cuts permanent. The White House issued a news release stating that, without an extension, 116 million taxpayers would see their income-tax bills rise by an average of $1,800.

The math on this is a little fuzzy because people like Bill Gates, and those dolts who made a pile ruining the U.S. financial system, count among the 116 million. For most folks, the looming tax increase will not exceed $600.

The math is misleading, but compared with Graves’ “straight talk,” the White House looks positively neutral. For nowhere in its argument does the Bush administration refer to its tax relief as “the middle-class tax cuts.” Even the communication specialists who ordered a “Mission Accomplished” banner apparently would have a hard time passing off that distortion.

Graves is like a windup doll whose circuitry is embedded with five phrases: Main Street, small business, common sense, Washington bureaucrats, blank check. To read his newsletters in succession is to wonder, half-seriously, if the author has suffered some sort of brain trauma.

It’s probably not a head injury but cynicism. As another radical, Vladimir Lenin, put it: “A lie told often enough becomes truth.”