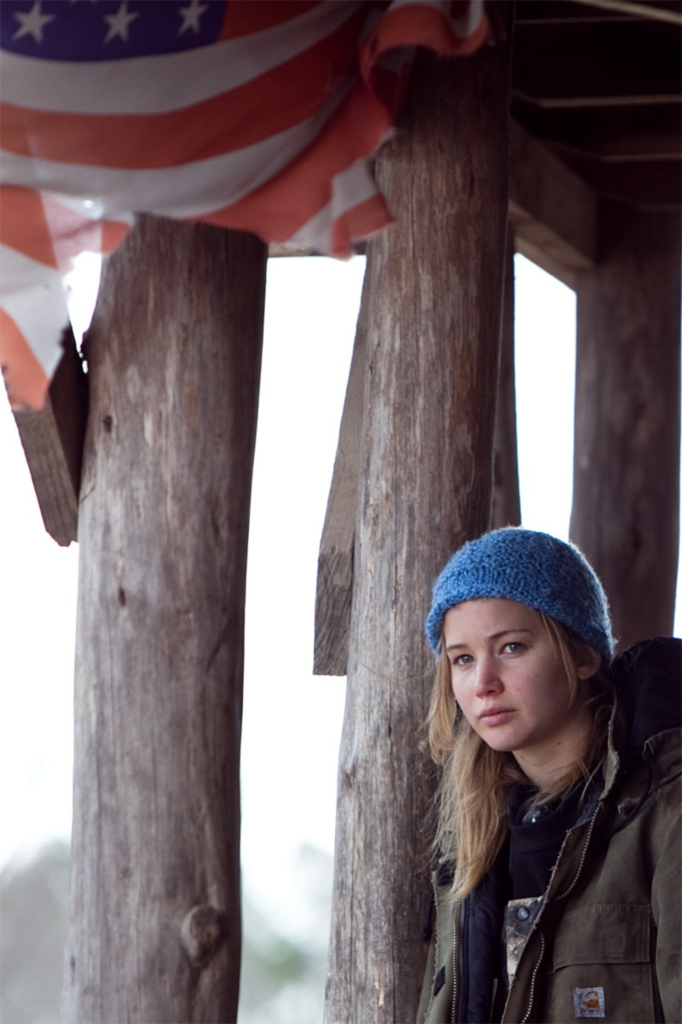 In Debra Granik’s dark and flinty Ozarks fairy tale, 17-year-old Ree Dolly (Jennifer Lawrence) tells her little brother, “Never ask for what ought to be offered.”

Those are words to live by for Ree and her people, scattered across the hardscrabble crooks and hollers of the southern Missouri woods. But in Winter’s Bone, based on a thin but potent novel by Daniel Woodrell, a tough-minded girl is forced by circumstance to demand exactly what no one wants to offer: the truth.

Ree lives in a small house with her brother and sister and their mentally ill mother. When the sheriff brings news that Ree’s father put the family’s house up as bond after an arrest for cooking meth — and that he has gone on the run — Ree goes looking for Dad to convince him to turn himself in. That search starts by questioning the small-time crooks and spirals, eventually, to local kingpin and distant relation Thump Milton.

Met at every turn by narrowed eyes and tight lips, Ree soon gets the picture that asking questions is, as one neighbor puts it, “a real good way to end up et by hogs.” While the first half of Winter’s Bone is essentially a slow-paced procedural with a pint-sized detective, Ree is no Nancy Drew. She gets by on instinct and determination rather than wit, and she’s not above cruelly shaming a married friend whose husband refuses to share his car: “You never used to eat no shit.”

Lawrence gives a guarded and watchful performance. Buried in parkas and hats, her face a mask, Ree lets her resolve break on only two memorable occasions: (1) a plea to her catatonic mother for help and (2) the film’s unexpected but welcome descent into the gothic.

Ree gains a sidekick for a time, a hatchet-wielding, black-eyed uncle played by the vivid John Hawkes. But for the most part, she’s sticking her nose in dangerous places all on her own. By the hard-and-fast rules of this peculiar criminal subculture, that means Ree can only be touched by other women, though that’s little comfort when some grizzled grannies kick her teeth in.

It’s those same women, moving behind the scenes in this male-dominated world, who hold the key to unlock the secrets of Winter’s Bone. In the end, the most interesting aspect of this quiet, sometimes frustrating, sometimes thrilling film is the way it teases out the intricate power structures that flourish even in as godforsaken (and lovely) a place as the Ozarks. Ree lives where every eye demands an eye in return but where even a sworn enemy won’t come into your house until you invite her through your door.

It’s a credit to thoughtful writer-director Granik — whose first feature was 2004’s Vera Farmiga breakout Down to the Bone — that we come out the other end of Ree’s quest impressed, but also disquieted, by her strength. For it’s uncertain to what end that strength might be used. Ree makes a point of avoiding the drugs that her relatives abuse, and she shows no interest in crime. But the hard-nosed matrons of Winter’s Bone can see, as we can, that little Ree is tough enough, and mean enough, to rule those woods in a few short years if she sets her mind to it.