“Gee, ain’t it funny how time slips away,” Willie Nelson half-sang last night at Starlight Theatre. The eponymously titled song came near the beginning of Nelson’s set, and it proved to be a sort of theme for the 81-year-old country legend.

The nearly hour-and-a-half-long show featured 23 songs that pulled from Nelson’s classic catalog, along with quite a few covers. As he sang the opening “Whiskey River,” the ardent crowd seemed to suck in a collective breath. Nelson’s voice is a remarkably unchanged instrument, and I couldn’t have been the only one initially shocked by hearing that fabled voice in person – as comfortable and sturdy as American oak. There is a strange power there: an ability to make you feel homesick, even if you’re close enough to home. 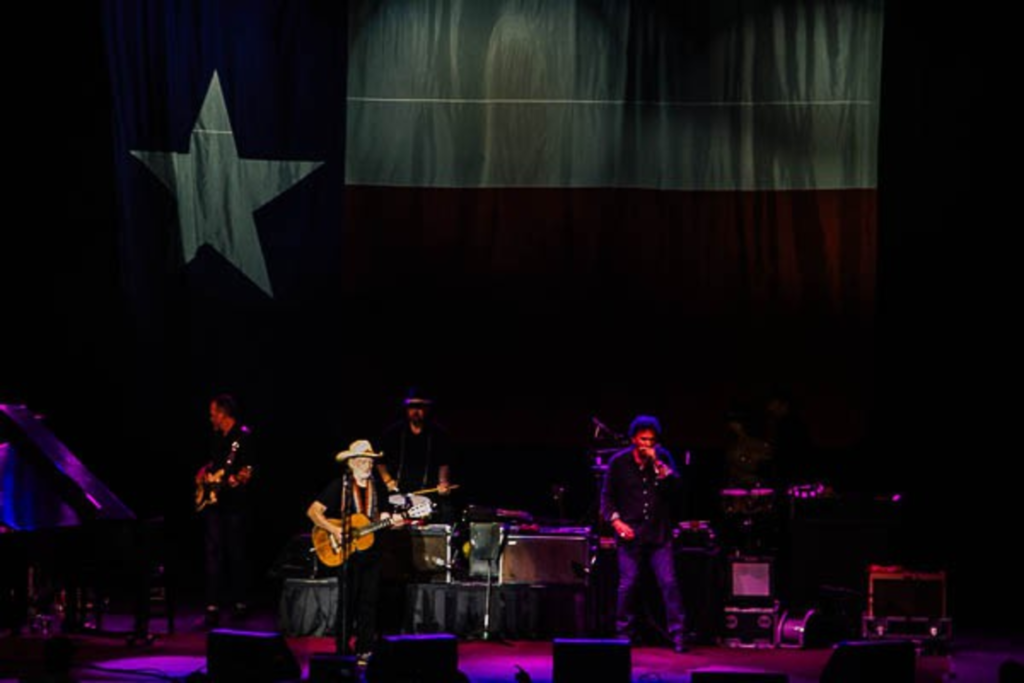 If time had slipped away from Nelson, he certainly didn’t show it. Nelson eschewed almost all stage banter – he inquired briefly and only once how the audience was doing, introduced his band early (including his “little sister” Bobbie Nelson on piano) and then moved on – choosing instead to sling one well-known tune after another, never needing to pause. And he looked as it seems he always has: with two long gray braids, an easy smile and wearing that trademark red bandana around his head. (He would toss the bandana into the crowd and replace it with an identical one at least three times.) It was heartening professionalism from an artist who has done this enough times to know what the people want.

Nelson’s band, too, deserves some credit. Longtime harmonica player Mickey Raphael stood stage left the entire night, a spindly character who added bright and wistful notes to most songs – including a masterful solo on “Georgia On My Mind.” Raphael’s hands closed reverently around his instrument as he held it close to the microphone, and the audience applauded his efforts. And Bobbie Nelson’s piano playing on “Down Yonder” was nothing short of inspired. 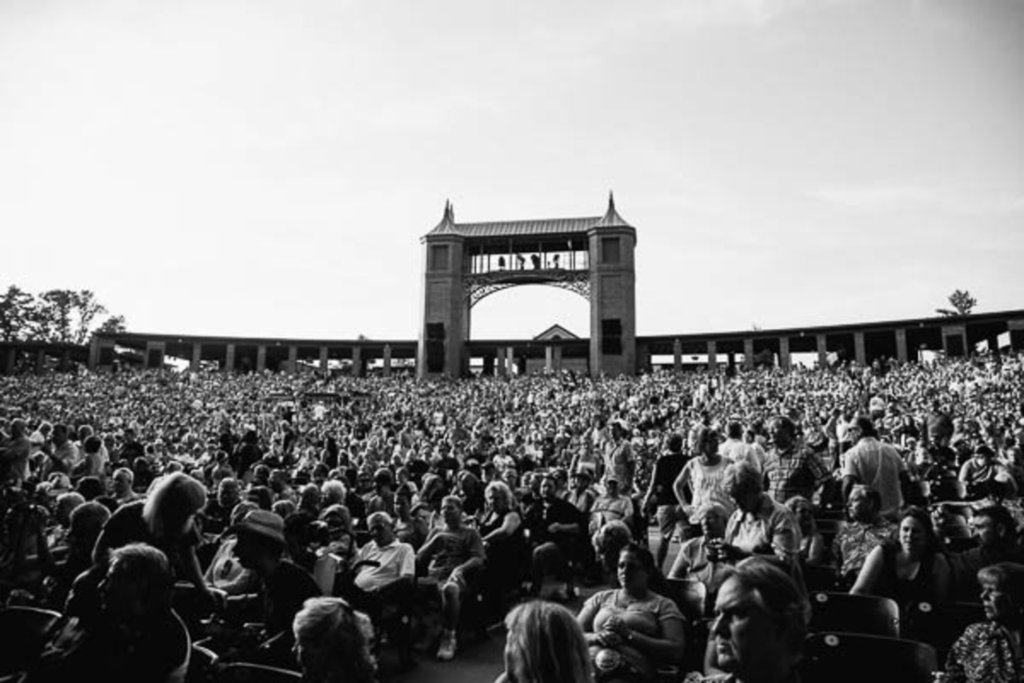 It would have been nice to hear more original tunes from Nelson – nearly half his set was covers – including some of his newest material. Nelson’s June-released Band of Brothers is a collection of songs as rich and instantly classic as anything he has done, but aside from the title track from that album, it was largely ignored last night.

Still, the sold-out crowd at Starlight didn’t seem to mind. In fact, it’s a safe assumption that the Sunday-night audience largely forgot about anything happening outside the theater’s walls, such was the genial, carefree mood (helped along by the cool breeze that came when the sun mercifully went down). 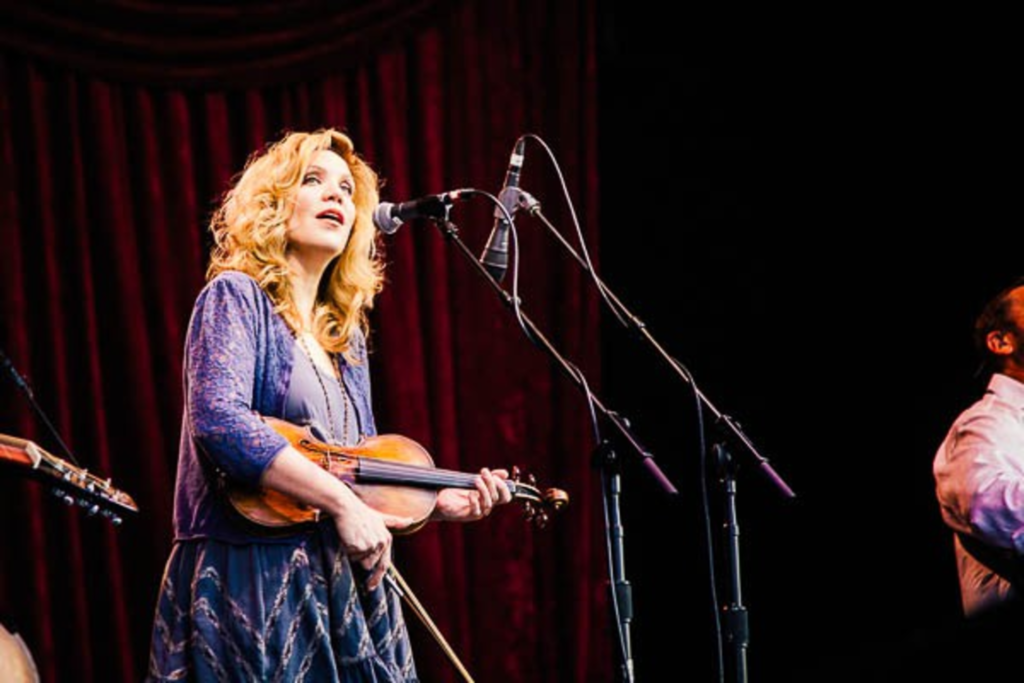 It’s also a safe assumption that a fair amount of that crowd turned up for Alison Krauss and the Union Station, which preceded Nelson. Legendary in their own right, Krauss and her band brought an exquisite 80-minute set of bluegrass tunes that stopped the clock altogether. Krauss’ voice is cut like a diamond, and last night, she soared over everything – including the wizardly dobro playing of Jerry Douglas. 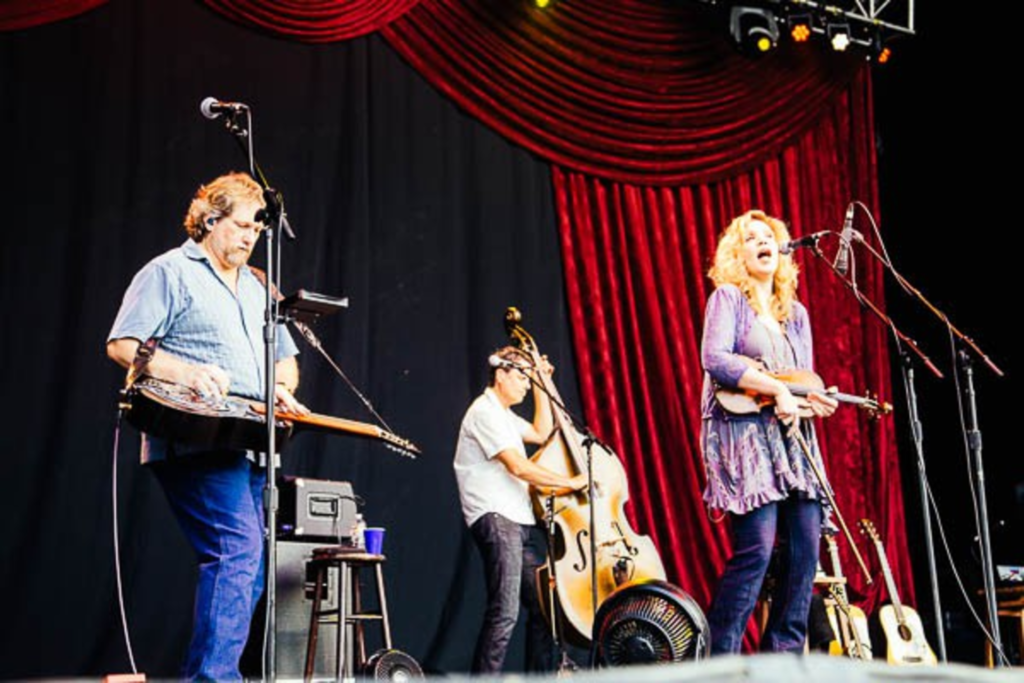 But the most haunting part of the AKUS experience came at the encore of that set, which was a mostly acoustic affair and featured stunners like “Whiskey Lullaby” and “Down to the River to Pray.” This was a slow, mournful build to Willie Nelson – would that the order of the evening had been switched – but Krauss’ voice is perfectly suited to sad songs, and she accomplishes them so well that we can’t really hold that against her.

Leftovers: They let us shoot up front for Alison Krauss, but then made us retreat to the soundboard for Willie Nelson. Sigh.

Whiskey River
Still Is Still Moving to Me
Beer for My Horses (Toby Keith cover)
Kansas City (Little Willie Littlefield cover)
Funny How Time Slips Away / Crazy / Night Life (medley)
Down Yonder
Me and Paul
Shoeshine Man (Tom T. Hall cover)
Mamas Don’t Let Your Babies Grow Up to Be Cowboys (Ed Bruce cover)
Good-hearted Woman (Waylon Jennings cover)
Help Me Make It Through the Night (Kris Kristofferson cover)
Georgia on My Mind (Hoagy Carmichael cover)
I Been to Georgia on a Fast Train (Billy Joe Shaver cover)
Angel Flying Too Close to the Ground
On the Road Again
Always on My Mind (Brenda Lee cover)
Nuages (Django Reinhardt cover)
Bring it On
Band of Brothers
I Never Cared for You
Will the Circle Be Unbroken / I’ll Fly Away
Roll Me Up and Smoke Me When I Die
I Saw the Light (Hank Williams cover)