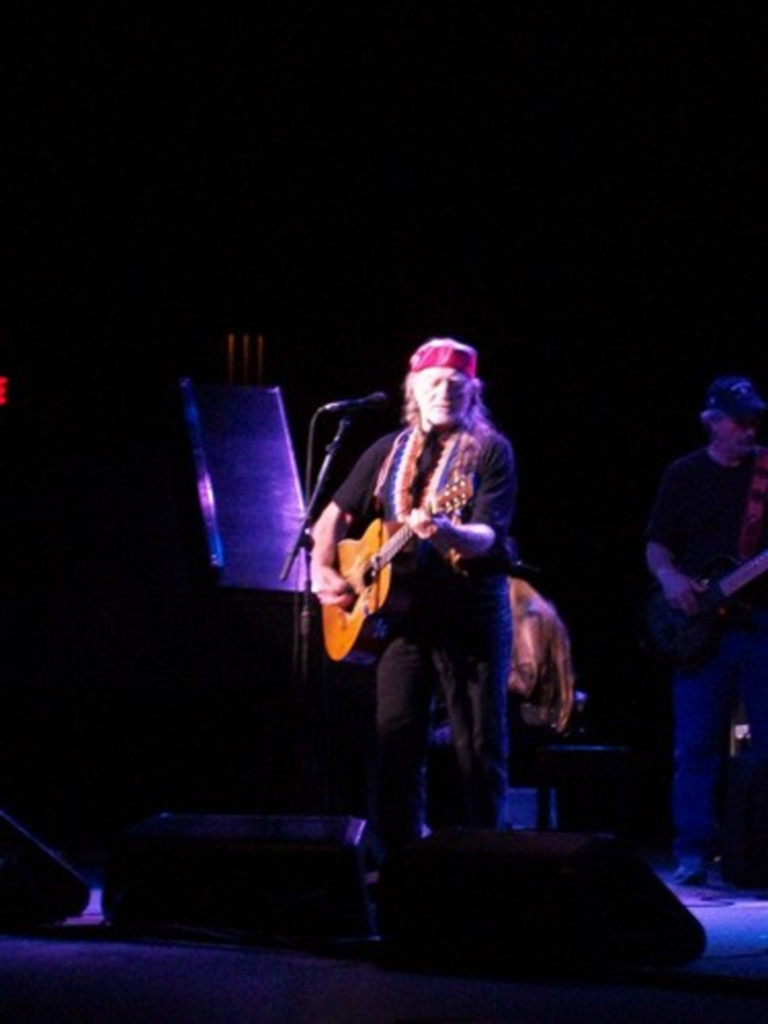 Willie Nelson is an interesting cat to see live. First of all, he’s the sort of showman the likes of which don’t come through as often as one would like. The man just gets up there and plays. There’s no pandering to the audience, there’s no flashy videos, there’s no banter — there’s Willie, there’s his band, there’s a big honkin’ Texas flag as the backdrop, and they play for nearly two hours. That’s your show.

Secondly, he draws a weird-as-hell crowd. This being Topeka, and a classic country show, the crowd skewed older. In Lawrence and Kansas City, an “older” crowd means 40-50 years of age. In Topeka, this means something like a median age of 65 for the majority of the crowd.