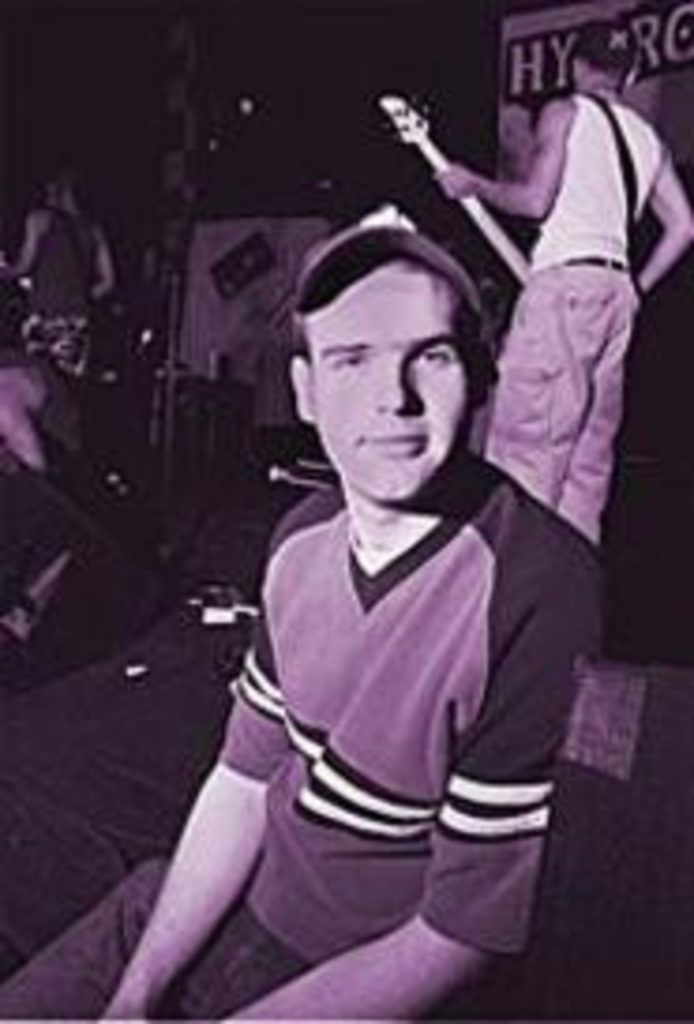 Like a horror-movie villain or a cockroach immune to Raid, Gee Coffee has proved nearly impossible to kill. The venerable venue has been presumed dead on several occasions, yet, like South Park‘s Kenny, it soon reappears, unscathed and ready to weather the next assault. However, given the mayfly-like life span of most all-ages clubs in the area, Gee’s patrons are unlikely to dismiss any rumors of the grand warehouse-like structure’s demise as the rantings of yet another uninformed wolf-cryer. In fact, the moment Gee is said to be in dire straits, hundreds of kids have already begun smashing open their piggy banks and planning benefit car-washes. The club gets more immediate assistance from a concerned high-school community than an ailing Ferris Bueller.

Recently, the whispers resurfaced. “Save Gee” became the rallying cry, as bands volunteered to play free shows and dozens expressed their intentions to gladly part with a week’s allowance. A touching gesture, Gee owner Mike Wood says, but an unnecessary one.

“For a day or two, I was just sick,” Wood said of his reaction to the club’s financial woes. “I thought I might have to close the place. But since then, I’ve dug up as much money as I can, and kids are running the place for free and giving me the money to pay bills. I don’t think we’re going to have any problems keeping it floating. We’re just going to take that ‘save Gee’ attitude and try to make it into something more positive and constructive.”

One of the young volunteers helping the venue right itself is 19-year-old Will Carlton, Gee’s manager or, as he prefers, “host” or “the guy to talk to.” The hiring of Carlton is part of Wood’s strategy to turn Gee back into a place run by kids, for kids.

“With a younger guy booking the shows, that should help us beat the bush and find up-and-coming high-school and college bands that are just starting out, while continuing to book the bands that have proven themselves,” Wood says. “We’re going to focus on bringing kids in the door and on making the younger crowd our core constituency. I don’t think Gee is the place to try to attract 30- to 40-year-old people. When you don’t have liquor, you’re fighting an uphill battle.”

Nothing ensures an alcohol-free environment quite like having a manager who’s not yet of drinking age. Carlton, a 1999 Shawnee Mission West graduate, says that Gee should be a “local high-school band kind of place.” If an older crowd comes to check out, say, Ultimate Fakebook, all the better, but Carlton says it’s not worth making such concessions as the occasional alcohol-available night.

“I’m a fan of music, not a fan of alcohol,” he says. “It’s always been an all-ages thing, and having a separate beer section just leaves me with a lot more stuff to handle.” As it is, alcohol-related concerns leave Carlton with quite enough to handle, whether it’s checking backpacks and purses at the door, denying re-entry to make sure underage patrons don’t imbibe between sets, or, as he did before the start of last Saturday’s show, combing the area outside the venue for beer cans possibly left by nearby residents to remove any implication of impropriety.

Saturday’s concert, which featured local metal/hardcore acts Element and Hydro, seemed to confirm Wood’s clean bill of health for the venue. A sizable crowd spread out inside the cavernous venue, took advantage of the scattered couches before the music started, then started dancing to the musical stylings of a DJ (the first time a DJ was on hand to spin before the bands took the stage, Carlton says, although he’s looking to make this a semiregular attraction). Eventually, the pulsing beats stopped, the house lights went down (another new feature, one that adds a sense of professionalism to the proceedings), Hydro took the stage, and the content, fresh-faced audience bounced and moshed. Nights such as this are what Carlton envisions becoming commonplace in Gee’s future — young area bands’ using the venue as a showcase and even younger fans’ gaining an early appreciation for local musicians.

While booking unknown acts is noble and beneficial to the scene, it’s not necessarily profitable. Wood envisions Gee eventually becoming an artists’ co-op, with bands paying a fee for membership and in turn being given a monthly show and access to the facilities during non-concert hours for practicing, filming videos, and other needs. These bands would keep the take from the door, encouraging them to promote the shows to ensure a larger draw.

More immediately, Carlton sees improving the venue’s atmosphere as the key to increasing attendance. In addition to the cosmetic changes, which involved installing new lighting and rearranging furniture, Carlton has strived to live up to his title of “host,” both by milling through the crowd to talk to patrons and by waiting outside the venue with stragglers after the show until their parents arrive.

Carlton will admit that Gee’s plight can’t be immediately fixed with an outgoing attitude and a few new sofas. The previous weekend’s shows drew poorly, he says, and the venue still has its share of financial concerns. But on the other hand, he’s not about to solicit mail-in donations. After all, Gee has survived — granted, in three different locations (now at 301 E. Santa Fe in Olathe) — for seven years, and Carlton says any turbulence it’s experiencing will be smoothed out in time.

“We are still hurting a bit, and I think that’s because of the environment inside, and we’re really trying to change that,” he says. “We’re giving the place a new, fresh feeling. I am giving the kids a chance to have a drug-free, nonviolent environment and to see everything from hip-hop to death-metal to the rap-metal stuff to psychedelic rock. There’s a lot of kids out here in Johnson County who really don’t take advantage of the fact that they have an all-ages venue in the area, but once we get them out here, they’ll start coming back, and we’ll be here for them.”