Will ‘Mine Is Yours’ propel Cold War Kids into the spotlight? 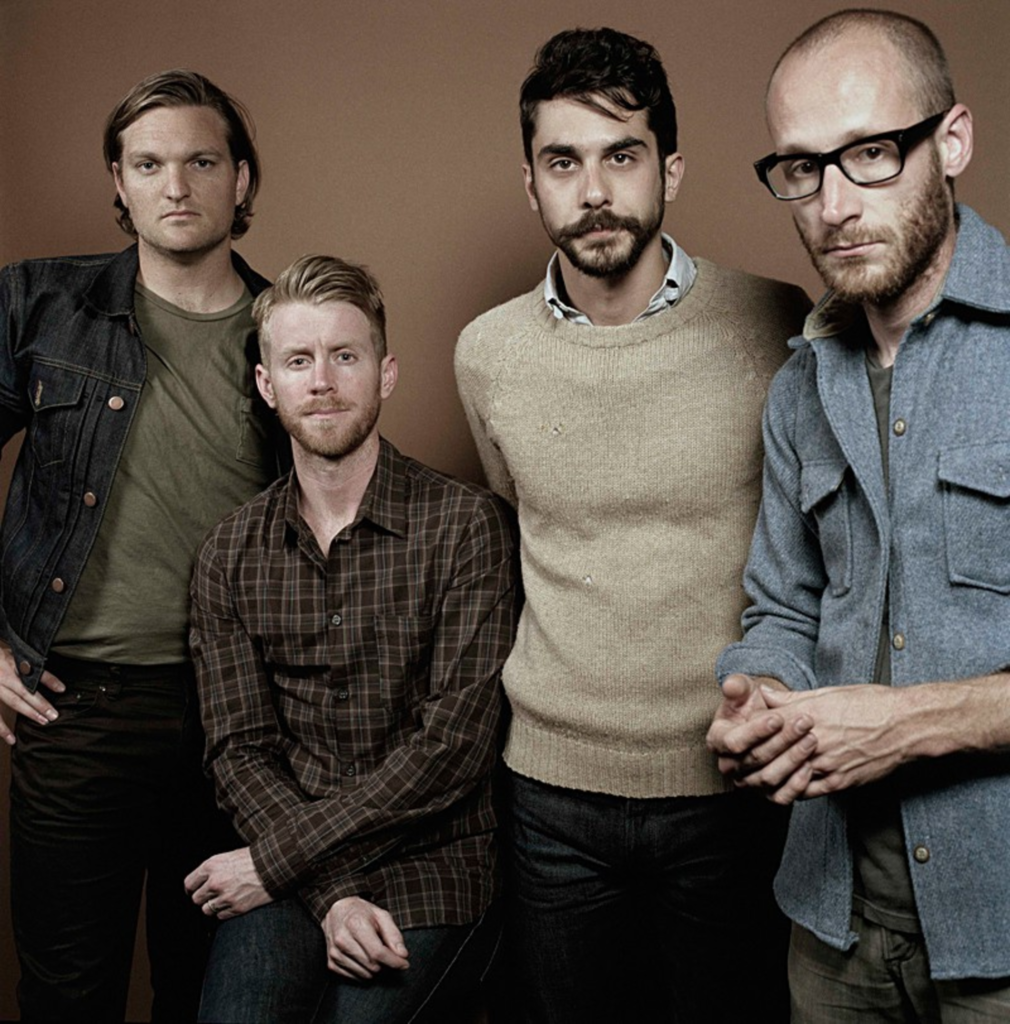 The curse of midlevel stardom is familiar to Cold War Kids. The California band has been trying to put its idiosyncratic stamp on modern rock for six years.

So far, the band has toured with Death Cab for Cutie and Clap Your Hands Say Yeah. It churned out two albums and a slew of EPs before hooking up with a major producer — Jacquire King, of Kings of Leon’s mammoth Only By the Night — to record its latest release, Mine Is Yours. But success — big-time success — has remained elusive.

“If we had any expectations, we kind of ignored them,” bassist Matt Maust says of the band’s ascent. “I think we have them now.”

The Fullerton, California, band started in 2004, living communally before touring behind 2006’s Robbers & Cowards and 2008’s Loyalty to Loyalty. “I think that for the good first bit of the raw-dog-ness of starting a band, we just wanted to play music,” Maust says.

Each release has brought the band bigger success. Yet despite enthusiastic support from U.K. fans, Cold War Kids has failed to connect on a large scale. The band scored modern-rock hits with “Hang Me Up to Dry” and “Something Is Not Right With Me,” and Loyalty to Loyalty entered the Billboard chart at No. 21, but critics have been divided.

In front of a live Fuel TV audience on the Fox Studios lot in Los Angeles, the band patiently runs through two of Mine Is Yours‘ strongest cuts: the thumping blues-rock nugget and lead single “Louder Than Ever” and Grey’s Anatomy-ready tear-jerker “Skip the Charades.” Then they play both songs again. The sonic growth from the band’s earlier, more raucous days is clear on these songs, polished tunes buoyed by throaty singer Nathan Willett’s precision and by the lush keyboards, plaintive backup vocals and glimmering, delayed guitar lines of the rest of the band. (At one point, Willett actually has to ask a crowd of kids watching not to clap along so the performance won’t be muddied when it airs. “Less enthusiasm,” he jokes.)

“I feel like we’ve been working up to this [record],” Willett says, sitting at a table outside the studio after the taping. “You can’t take yourself so seriously in terms of the ‘arriving’ record. But for us, it felt like, OK, I can see us expanding here.”

The band holed up in Nashville for seven weeks last February and March to record. Then the guys headed to Los Angeles, where they recently relocated after stays in Fullerton and Long Beach. (Orange County can be dangerous for bands, Willett says. “You either die or you homogenize.”)

Recording was a small struggle in itself. “We always spend very minimal time in the studio and seem to focus more on our live show,” Maust says, thumbing the band’s 4-inch mascot, a stuffed animal named Lucky Taz. “This time, we went into the studio with just ideas, a lot of ideas — a lot of really good ideas — and with no complete songs, which is a little intimidating. But we felt really comfortable with Jacquire.” Willett and Maust agree that King helped eliminate the band’s self-described “studiophobia.”

Willett’s lyrics on Mine Is Yours move away from the darker and more narrative-intensive Loyalty to Loyalty toward relationship drama, which is only natural for a band that spent its studio downtime watching the films of Robert Altman (Short Cuts), John Cassavetes (Husbands) and Paul Thomas Anderson (Magnolia). “It seems to me, with the other records, we always used other bands and music as common ground,” Willett says. “This time, we watched so many movies.”

Their Netflix queue illuminated some truths for Willett about relationships. “A lot of it was relational and having to do with commitment — people who were jumping into commitments very seriously, some of them successfully, some of them not so much.”

Willett hopes that Mine Is Yours will take its critical and commercial place next to albums by such conversation-dominating acts as the National and Arcade Fire. He admits that he now pays attention to criticism, having largely ignored it in the past. “I see how special those bands are and how they have gotten to do what they do on a wide audience level, and I think we could be kind of in their company.”

If that sounds bold, he tries to frame his ambition modestly. “We’ll see how this record does, I guess. You kinda have to allow for it to connect organically.”