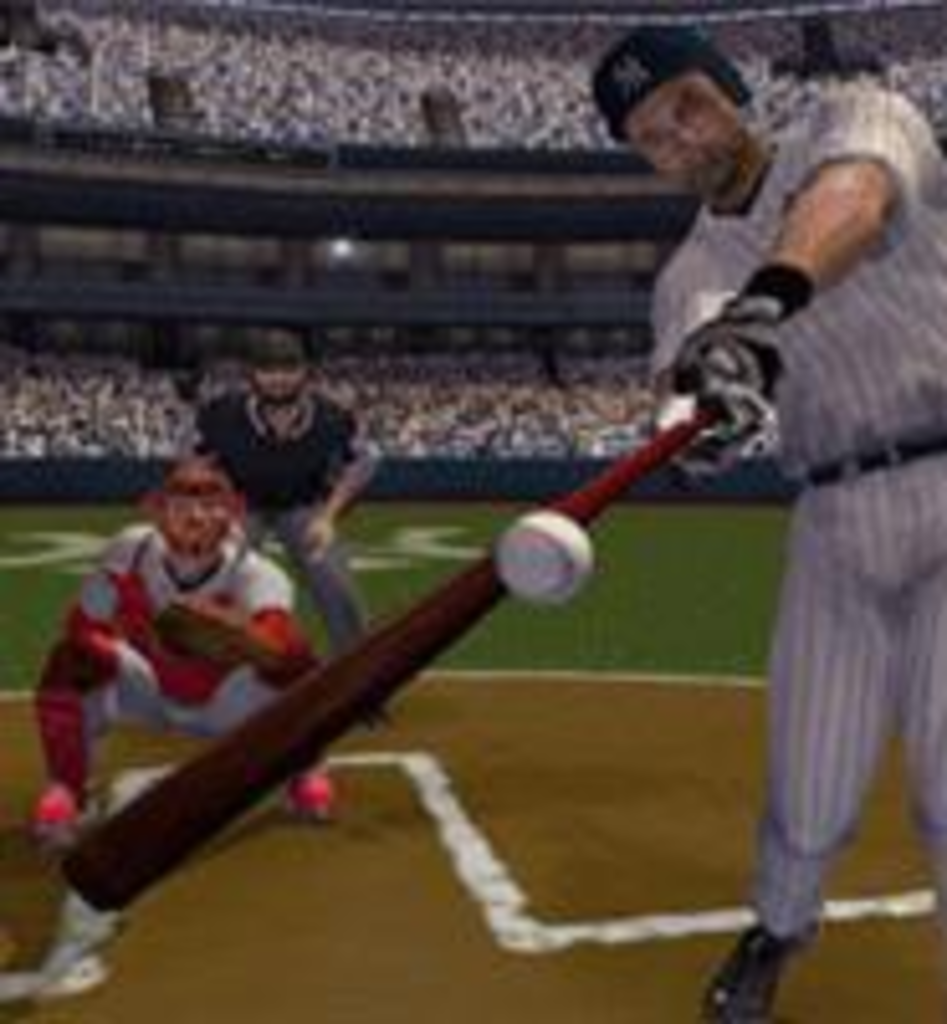 Boys are oiling their mitts, men have started playing hooky, and Dick Cheney just one-hopped it like a pussy.

Yes, baseball season is in full swing, and our dip-juice cup runneth over.

Normally, this is cause for heavy titillation — perhaps a strong lather or a well-intentioned fistfight. But 2006 is no normal year: The home-run champ has already been accused of perjury.

And 2K Sports, the nearest thing to a 100-mph ace in videogame baseball, has just chucked one into the stands.

Like a Randy Johnson wild pitch, Major League Baseball 2K6 looks good off the fingertips, but then you realize it’s aimed at your head.

MLB 2K6 is still a stat freak’s wet dream, crammed with enough data to keep you tweaking lineups until the Cubs win the World Series. And the improved pitching control lets you put crazy junk on your breaking balls.

But it’s impossible to overlook the game’s glaring weaknesses: fielding and base-running.

Um, guys, those are kind of important.

The problem lurks deep in the heart of the game’s physics engine, that nifty bundle of code that makes the Rawlings pop and the players run. But this engine is seriously broken. Simple throws to first routinely sail into the stands. Ever seen a leadoff hitter smack a ball into the right-field gap and try for an inside-the-park home run? Now you can . . . three times in one game.

It’s painful to see a bean ball from a company that has thrown rope after frozen rope of solid baseball games over the years, but MLB 2K6 does redeem itself in a few areas. Jon Miller and Joe Morgan are back, with the best commentary in any sports title on the market. The world baseball classic makes its debut. And ManRam still does a little chicken-wing shuffle after crushing a pea over the green monster.

What’s more, the new Inside Edge scouting reports, purchased with points earned in the game, provide a wealth of information compiled by real scouts. You’ll learn about a batter’s hot and cold zones, his hitting tendencies, and the number of balls he sprays to different areas of the field. Your catcher will even suggest pitches for you. Facing A-Rod with a 3-2 count and a runner on third? Throw an inside fastball around his knees.

MLB 2K6 also lets you step into the manager’s spikes and guide your team through a full 162-game season, exercising a godly amount of power over trades, salary negotiations, and minor league call-ups. You can change pitching rotations, hire assistant coaches, or jaw with umps. Get tossed from a game, though, and you’ll be locked out of making substitutions.

Such realism will satisfy the Moneyball freaks out there, but what matters to most people is how the game plays. And this one’s strictly bush league. Let’s just hope it’s an asterisk on an otherwise honorable series.