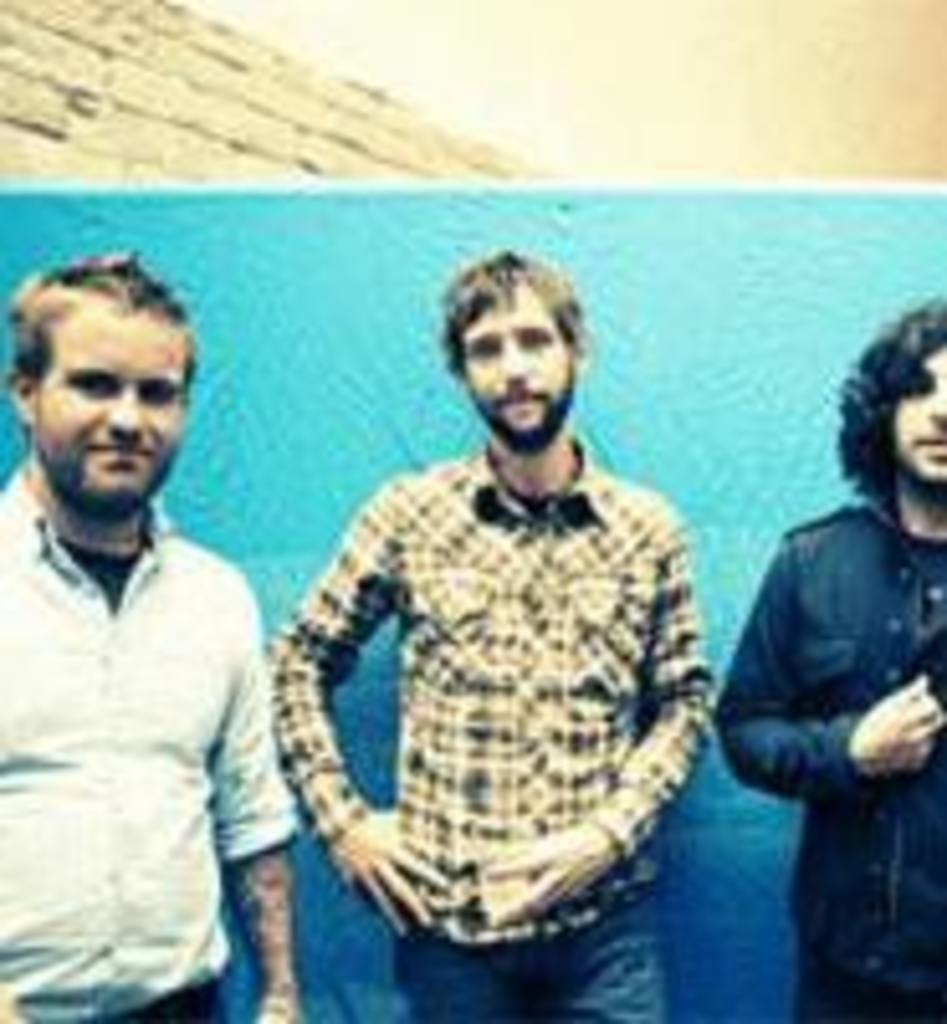 The video for Band of Horses‘ “Funeral” features scratchy black-and-white footage of a lonely, broken old man drinking himself slowly to death in a smoky beer-and-a-shot lush bar, his only friends the bottom of his mug, a jukebox and memories of a dead dog.

With coffin-nailing lyrics such as I’m coming up only to hold you under and Every day I will be ready for a funeral, it’s an appropriately morose song from the Seattle band and its talented, mangy-bearded frontman, Ben Bridwell.

Founded in 2004 by Bridwell and former bandmate Mat Brooke after the breakup of misspelled Seattle mainstay Carissa’s Wierd, Band of Horses has enjoyed a stunning rise to popularity.

The group signed to Sub Pop, rode the high of tours with established country-tinged indie acts Iron and Wine and Okkervil River, earned glowing reviews in big-time pubs, and landed a gig on The Late Show With David Letterman. But by that point, the band had lost a Horse.

By the time of the Letterman appearance, Brooke, who contributed much of the playing and songwriting on the album, had decided to push away and focus on solo projects, leaving Bridwell to reconfigure the band at the seeming height of its popularity.

Reed thin, covered in intricate tattoos and sporting a pair of shit kickers, Bridwell talked with the Pitch backstage at a recent Chicago show about bouncing back with his Band of Horses and stealing the scene from Seattle to South Carolina.

He got his start working as a drummer and utility man for the revolving slo-core clan of Carissa’s Wierd. On albums such as Ugly But Honest, You Should Be at Home Here and Songs About Leaving, the group earned critical acclaim and a strong regional following but very little in the way of gravy.

“We did good within our means,” Bridwell says. “In Seattle, we were known, but everywhere else it was like we’d get up on tour forever playing in front of, like, 15 people. After doing that for 10 years, it really felt like it was time to be done. It was like, Here, here’s the towel. Got to know when to say when.”

Around the same time, Bridwell was at the helm of Brown Records, a self-described “hobby label” that released Carissa’s Wierd albums and worked with Iron and Wine. On the label’s Web site and in interviews, Sub Pop execs credit Bridwell for passing along demos from Iron and Wine’s like-minded and woolly-bearded Sam Beam, asking them to do what they could for him. With such sensibilities, you’d think that an A&R position would have been a natural next step for Bridwell, but he wanted no part.

“I’m too lazy for that kind of job,” he says. “And for people to put their trust in me to do a good job, to make sure their career is on track, that’s just too much for me. I just put out bands, hoping that some other label would pick up the CD and it would get out there and into the right hands somehow. It ended up doing better than that, better than we thought it ever would.”

After closing shop on Brown Records and wrapping up work with Carissa’s Wierd, Bridwell ventured out on his own, focusing on songwriting and picking up the guitar. With friends like Beam, Band of Horses quickly found an audience and a full slate of tour dates. On the strength of its live performances and some serious online buzz, the deal with Sub Pop materialized, and bigger opportunities came swiftly. Unfortunately, so did Brooke’s exit.

“Carissa’s Wierd, when it ended, that really felt like it had run its course,” Bridwell says. “Mat leaving didn’t feel that way at all, and I’ll just leave it at that.”

And then, of course, he doesn’t.

“Mat leaving has definitely been more difficult. The toughest thing after losing him is retooling the sound to make it sound like it’s supposed to,” he explains. “At the same time, we’ve been trying some different lineups, and we’re bouncing back, so it’s all good. The lineup we’re using now makes it fun again, and it hasn’t been fun for a little while. We’re doing some wankier stuff, more solos, just more laid-back, but bigger and more arena rock.”

The show Bridwell just played was a perfect example. After wowing the crowd with high-amp, reverb-drenched arena versions of crowd-friendly tracks such as “The Great Salt Lake” and “Weed Song,” Bridwell and crew stomped out a trucker-friendly version of David Allan Coe’s “You Never Even Call Me by My Name.”

The band’s newfound positive energy has apparently paid dividends in the studio as well. The group recently recorded a cover of the New Year’s track “The End’s Not Near” for an upcoming OC soundtrack with producer Phil Ek, whose work with the Shins and Built to Spill echoes through Everything All the Time.

“It’s weird because he’s such a hardass,” Bridwell says. “I go up to the microphone, and I know he’s going to let me do this for, like, an hour and a half before he’s like, ‘Yeah, just making sure you’re into it, that you’re getting warmed up.’ And that’s when I just fucking explode. This one, he was just, ‘You sound great,’ the first take. ‘Do it a couple more times, and I’m sure we’ll have some takes we can use.’ It seemed really easy. That was also our first recording session not having Mat around.”

In November, Bridwell plans to bring the band back to his home state of South Carolina to record its next album where inspiration might be taken from his roots. Though he has been back frequently since he moved, Bridwell hasn’t lived there in more than 10 years.

“Seattle in the summertime is so wonderful and beautiful,” he says. “The coast of Carolina does that in the fall as well, and even the winter is so easy to deal with. We’ve got a house, and the entire downstairs is built for practicing. There’s no neighbors. It’s at the end of a dirt road,” he says.

With the latest lineup solidified and several songs already in the can, Bridwell sounds damned glad not to be like the guy in the video, wasting away into adulthood.

“The best is being able to do this right now without having to have any other kind of job, to be what we are right now — which is adult babies playing with guitars all day — and not really worry about too much else while we’re still young. Even if it all went away tomorrow, if we can just ride this out for a couple more years, let us keep doing this, pretending that we’re children. That’d be fine.”

A far better fate than becoming like the old guy in the video, always ready for a funeral. <