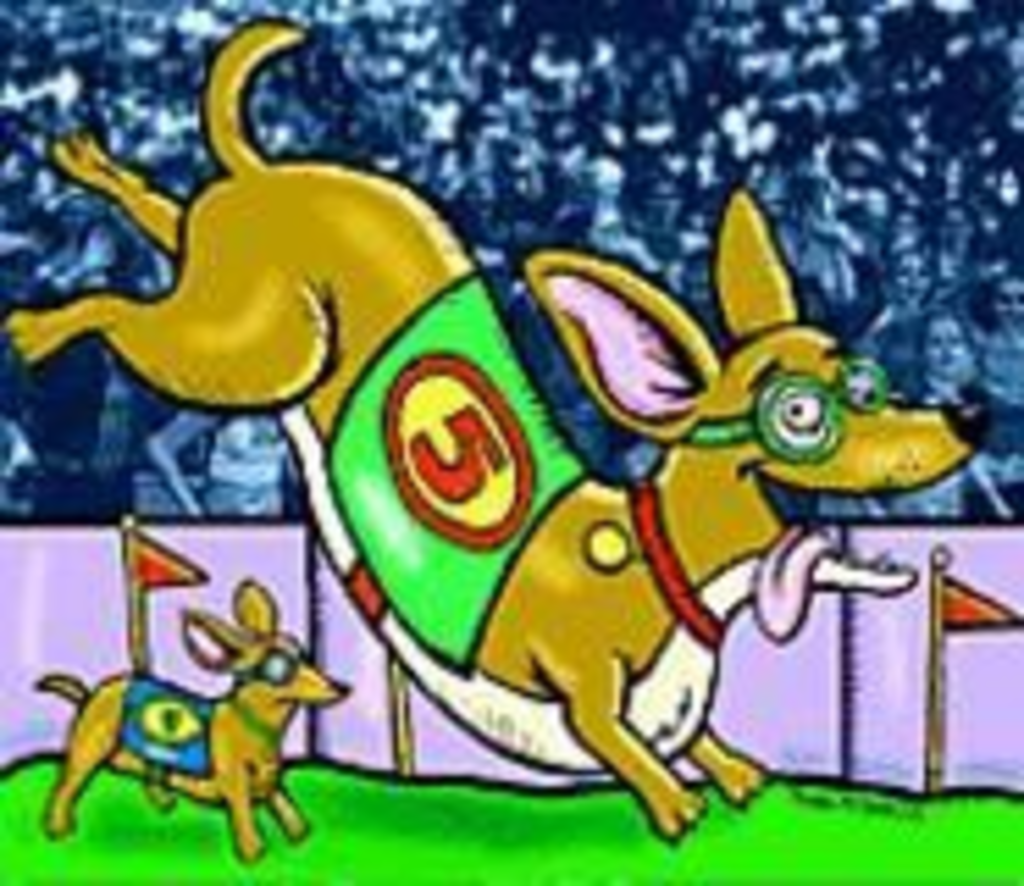 It’s all Walt Disney’s fault, this bad rap laid on the backs of wiener dogs everywhere. It was that movie The Ugly Dachshund, starring a Great Dane that thought it was one-tenth its size and got into all kinds of trouble. That title has been a curse. Perhaps only ducklings have it worse, but then maybe not; the moral of that story was about magical transformations.

But on Sunday, 64 wiener dogs will get their revenge as the stars of the Eighth Annual Wiener Dog Nationals at The Woodlands. Richard Roberson’s dog, Jack, placed second last year. “He’s the second-fastest dog in Kansas City, and sometimes he acts like he knows it,” Roberson says. “Other times he’s a slug. And though he’s racing again this year, he’s been out of training. He’s put on a little weight.”

The two extra pounds Jack lugs on his thirteen-pound frame is the equivalent of a grown man’s spare tire. But the Leawood family will be racing Jack again. “He loves being out there with all those other dogs, who sniff each other out like there’s no tomorrow,” Roberson says. “The races are hilarious. On those little legs, racing down that track, they look like they’re levitating.”

The Woodlands’ Connie Loebsack says the 64 dogs were randomly selected from more than 200 entries. The dogs are miniature and standard and longhaired and shorthaired, and they range in weight from five to 37 pounds (which should offer solace to Jack’s bruised ego). Among these competitors: Baby Von Doggy, Oopsie and Ace o’ Spades. “Our record time down the 100-yard track is 12.76 seconds,” Loebsack says. “They’re literally put in our starting gates like the greyhounds. A coach is at the finish line but, of course, some dogs get sidetracked, some run the other way, some get mad at the other dogs. It’s a riot.”

The wiener-dog runs are scattered throughout a day of regular greyhound races. The winners, Loebsack says, “get trophies, doggie bags from Dressler’s Dog Supplies with treats and shampoo, and the grand winner gets to wear a little gold blanket with fringe.”