Widows, from Gillian Flynn and Steve McQueen, is more than just another thriller 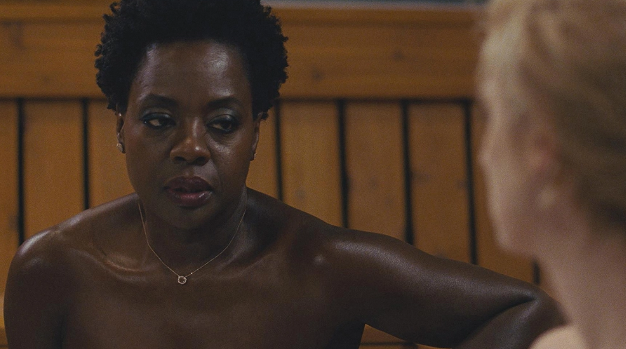 They break into the house, sneak upstairs, and open the safe with the combination.

There, I told you. Done deal. If you saw the slick trailer and were going to the new thriller Widows expecting to see an intricately planned heist and a last-minute twist of impossible ingenuity, consider your expectations recalibrated. Now you can enjoy a film that has much more on its mind than fooling its audience with the plot mechanics of a robbery.

Widows, adapted by Steve McQueen and Gillian Flynn from a 1980s British TV drama, is more compelling than anything in, for example, the Ocean’s series, because it dives head-on into the complicated and seedy history of racism, crime, and corruption in the Windy City. And with McQueen (12 Years a Slave, Shame) in the director’s chair, Widows is impressively mounted — especially for a genre picture — with at least three bravura cinematic moments that hold unsettling power.

The set-up is perfectly high concept: a group of widows plan a burglary to get themselves out of the financial mess their criminal husbands’ own failed heist put them in. But their situation isn’t merely the result of one botched job. Widows has an unsparing eye for exposing systemic sexism and how men continue to underestimate and wield power over these women.

Viola Davis is Veronica Rawlings, a former delegate for the teacher’s union who has settled for a life of privilege with her late husband Harry (played by Liam Neeson). She’s full of regret and capable of so much more, and she gets the opportunity to make moves way out of her comfort zone when local mobsters — who also happen to be politicians; it’s a Chicago thing — demand that the widows pay back the unrecovered money.

Like Veronica, the other widows Linda (Michelle Rodriguez) and Alice (Elizabeth Debicki) present themselves according to societal expectations. Unlike Veronica, they aren’t in the same tax bracket. But the combination of sheer anger and desperation at their situation jolts all them out of complacency and leads to an awakening of sorts.

A crackerjack opening action scene fixes the POV inside the husbands’ getaway van and teems with tension and claustrophobia. Interestingly, it also serves as an early wake-up call that Widows is messing with the formula, because McQueen manages to incorporate flashbacks and key character background while running parallel to the action. It’s an invigorating opening statement, and the genre re-invention is followed up throughout, as the movie abruptly switches its focus to introduce a politician running for alderman of a south-side ward (Colin Farrell) and the crime boss on the opposite side of the ticket (Brian Tyree Henry), who is mounting his campaign in a local church. Daniel Kaluuya also deserves a mention for playing a terrifying gangster that’s miles away from type for him.

Another oddly fixed camera position visually reveals the hypocrisy of Farrell’s character directly following this confrontation, and soon we find through more traditional means the full extent of his family’s legacy of power. Robert Duvall is especially effective in a small role as the ruthless patriarch of the family, reveling in the many contradictions that the screenplay pries open so uncomfortably.

As in so many of Flynn’s books, there is a twist, of sorts, but Widows has so little use for it that it’s foreshadowed early and revealed halfway through the film. One character even thinks so little of the information (or has no use for it) that she doesn’t reveal it to anybody else. And another important piece of character motivation regarding the Rawlings is less successful, and feels too convenient, because everything else surrounding the characters is far thornier.

Don’t get me wrong: Widows is a potent thriller for sure. But because it spends more time with husbands and wives, mothers and daughters, and fathers and sons — families who deal with injustice as a calibrated normal — it rings truer than its contemporaries.