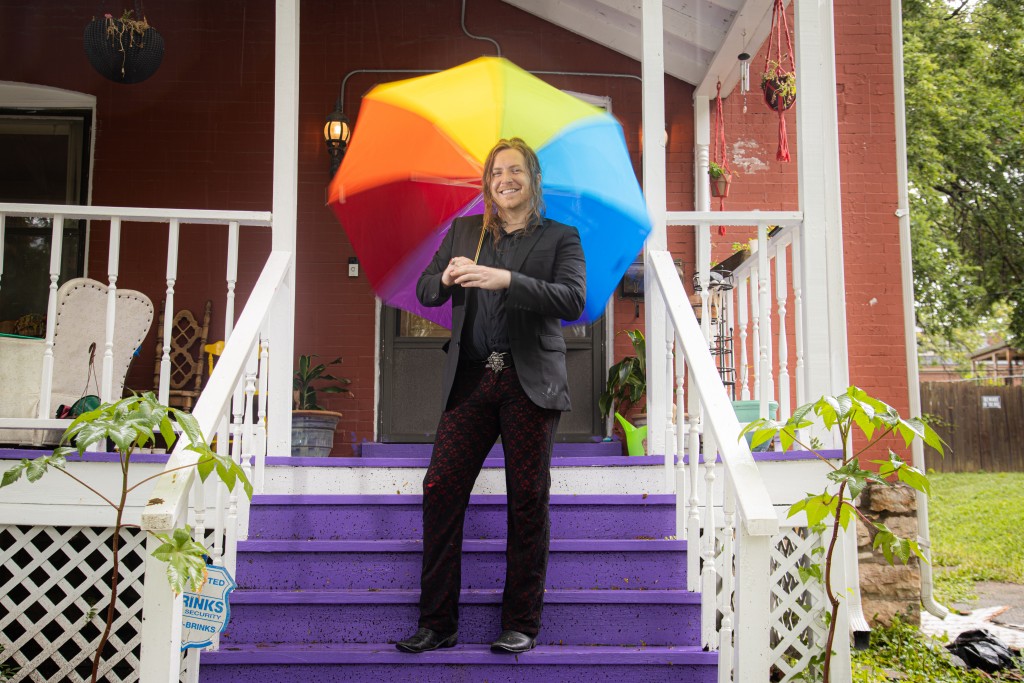 Punk rockers running for political office isn’t a new thing. Jello Biafra ran for mayor of San Francisco in the late ’70s, Screaming Lord Sutch founded the Official Monster Raving Loony Party and stood in numerous parliamentary elections over the course of 15 years, and locally, Bob Cutler of the Klusterfux and Slackjaw ran for mayor of Lawrence twice. With Wick Thomas, vocalist for the eponymously-named Wick & the Tricks, they’re aiming higher: running for the position of representative to the Missouri House for Kansas City’s District 19.

Speaking over the phone last week, I ask Thomas: just what makes a glam-rock punk run for the House of Representatives?

“My work over the years–it’s been multifaceted, let’s say that,” Thomas responds with a laugh. “I’ve had the band for eight years now but that whole time, I’ve been a pretty staunch activist, too. That was actually the original purpose of the band–as an activist outlet. I’ve been doing this work in the background. The band stuff gets the most attention and I like it that way.”

That said, Thomas has received several awards for their activism. Their creation of a Gay-Straight Alliance at Paola High School garnered them a Creating Change Award from the National Gay and Lesbian Task Force in 2006. The Pitch named them “Best Missouri Activist” in 2008. In 2013, Thomas earned the Keith Spare Youth Leadership Award, and they were named to the American Library Association’s Stonewall Book Awards Committee in 2014.

Thomas says that this run for Representative seemed a logical culmination of that work, but I ask them if part of it is wanting to be one of the people who can put a check on Governor Mike Parson.

“A lot of my thought process behind it is that now is the time,” Thomas replies. “Now is the time we have to seize this moment in history and start electing people who really want change and who really want to serve the public. I think that Missouri has a bad history of working against the public. You know, our state motto is “The welfare of the people is the supreme law,” [“Salus populi suprema lex esto”] and I think we’ve kind of lost that over the years.” 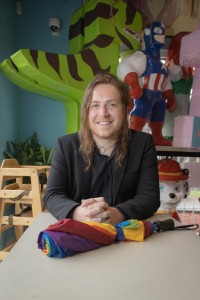 Thomas feels that the people of Missouri need to get back to that by electing people who are willing to move these conversations forward, radically, and stick up for those who are marginalized by the current administration. When I hear this, I think back to the fact that Thomas has served as youth services librarian for the Kansas City Public Library, and wonder aloud if librarian is a job where someone is an activist simply by doing the job, because they providing free information to people and helping people who are on the margins get services and information they desperately need.

“That was a radical institution, in my mind,” Thomas agrees. “Not because it has radical political beliefs, but because it finds the root of the problem. Librarians find the real information amongst all the fake information and so, that service being provided–especially now, when there is so much false information in the world—is a radical thing.”

Thomas grew up in Drexel, Missouri, which had a population of 100, and that’s where they held their first protest at 16–“Against the gay marriage amendment,” notes Thomas. “I’ve always been pretty inclined for this kind of work.” After getting kicked out at 17, they graduated from Paolo High School but have lived in Kansas City all of their adult life. In terms of District 19, Thomas declares themselves a lifer.

“I bought a house here about four years ago, and I plan on living here for the rest of my life,” Thomas says. “I really love this house and this neighborhood. It’s one of the most diverse–if not the most diverse–district in the state.”

To that statement, I ask Thomas what they feel they can bring to representing a district that so diverse. 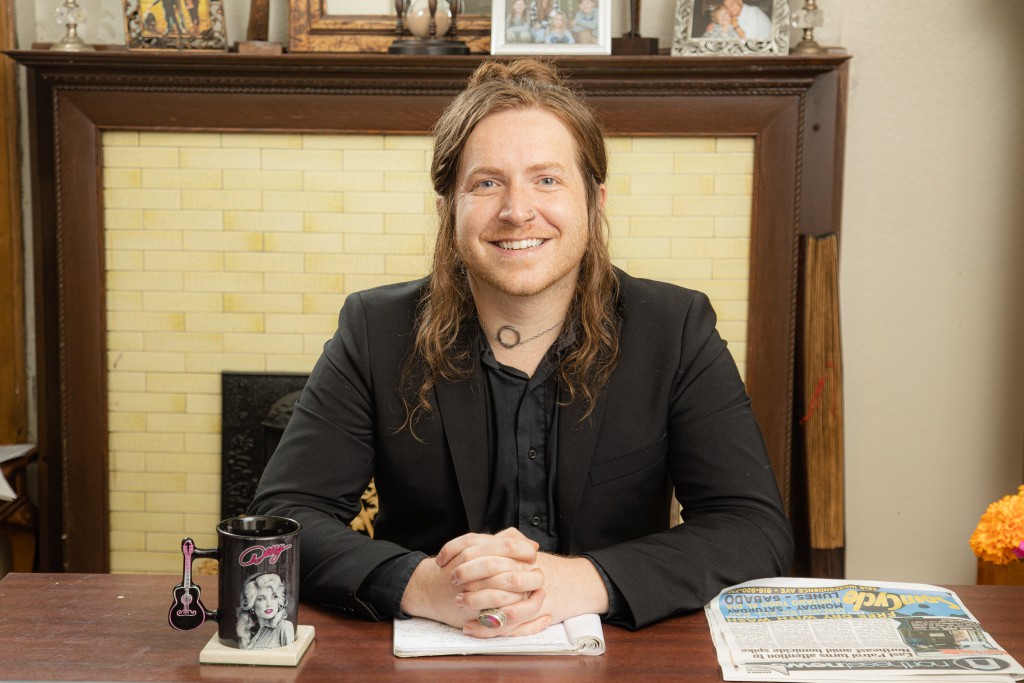 “Out in the district” is a very apt description of Thomas’ campaign. Many have their campaign events have been in front of the candidate’s own house, or at local businesses such as Elvira’s Pasteleria y Panaderia on Independence Avenue, which hosted a voter registration drive in early July.

“We need to be supporting those businesses,” says Thomas. “Right now, we see a lot of anti-immigrant work being done in Missouri and nationwide, and just a lot of othering happening to marginalized communities. It has to stop–we need someone in this role who’s going to be passionate about this and is going to passionately advocate for these communities.”

Thomas continues on to say that they don’t want to toe the line and exist merely as a placeholder, but that they want to be someone who’s going to organize the community to change Jefferson City in a radical way. Thomas points to an example of organizing trips for teenagers to the capital when they were a librarian, and how simply meeting their representatives or senators led to the teens realizing that these were real people that they could talk to. As Thomas puts it, at that point, Jefferson City stopped being an ethereal place where decisions were made and became a real place where someone could contact people to make things happen.

“Then, you realize you do have power and I think that’s a big piece of it for me,” Thomas continues. “I see this role as helping our communities here organize themselves for what they need to see from Jefferson City and to be a conduit for that.”

To that end, Thomas is eschewing much of the traditional campaigning. The day before we spoke was when 87 protestors against the murder of Breonna Taylor were arrested on the front lawn of Kentucky Attorney General Daniel Cameron’s home (the charges were later dropped), so I was struck by the fact that Thomas has photos of themselves handing out plant starts in front of their house. 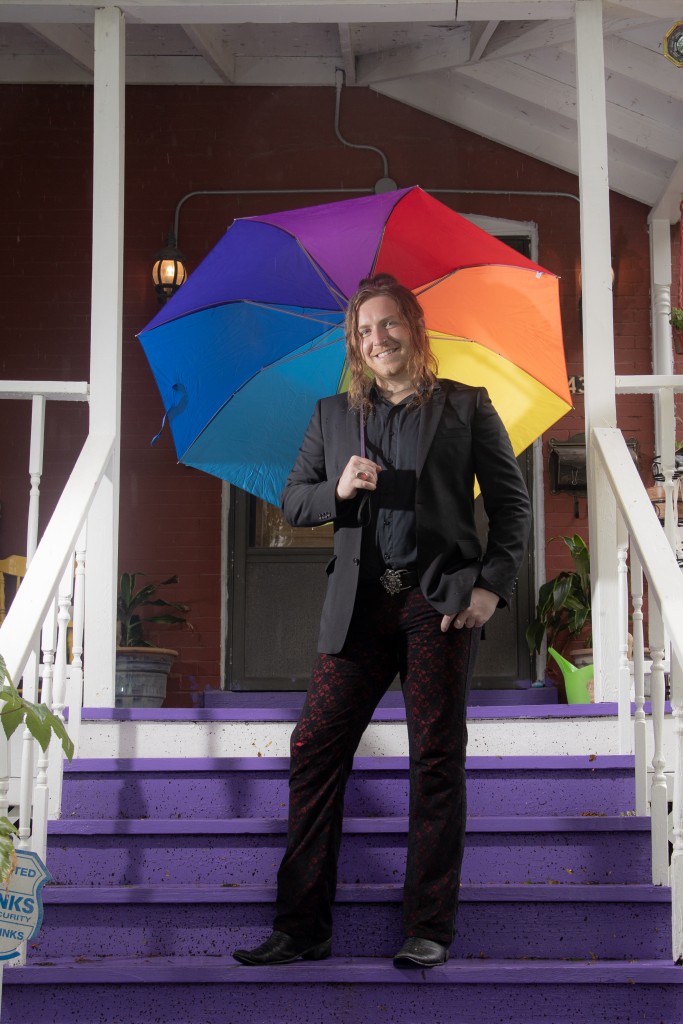 “I think that is a radical act in itself in the times we live in, right?” responds Thomas. I’m a transgender, non-conforming candidate. I think that can scare people, but meeting me–being like, ‘This is where I live. I’m your neighbor.’–and just beautifying the neighborhood and building a sense of community? I think that’s a really powerful thing, especially when everything is so divided. I think it is amazing what a plant can do for a person.”

As we wrap up, I ask Thomas what their campaign song is, either officially or unofficially. After a bit of consideration, the musician and candidate decides on the Gossip’s “Pop Goes the World.”

“My team and I had a big debate on this–we have a whole thread about this on Slack,” Thomas concludes. “My favorite one is one that’s a little less known, because it’s about changing the world, taking over leadership, and just changing everything.”

“We’ll turn them on their heads/ You can’t deny it”? Sounds right.