Why isn’t the Church of Scientology paying its downtown tax bill? 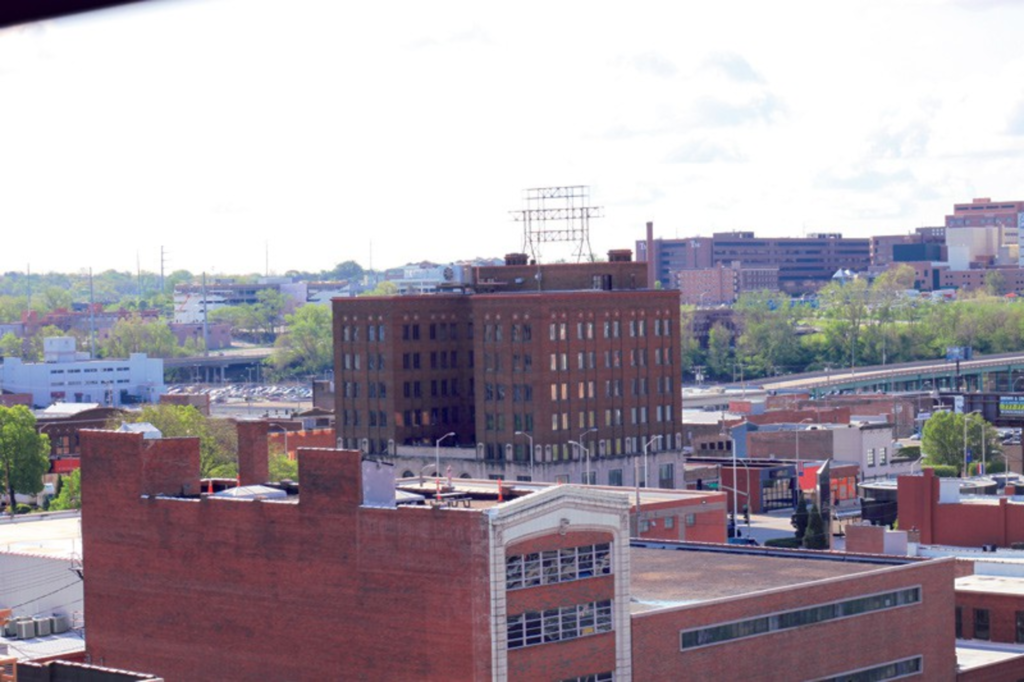 Back in 2007, the Church of Scientology bought a historic building across the street from the Kansas City Star‘s headquarters.

The Star, which at the time leased space in the City National Bank Building, at 1801 Grand, for its advertising functions, covered the transaction on the front page of the March 17, 2007, business section. According to that story, Kansas City’s branch of Scientology planned to move its operations from 39th Street and Main to its newest property later that year.

The moving vans never made it downtown.

It’s often said the Church of Scientology is the least reliable source of information about itself. The source quoted in that Star story suggests that there’s good reason to accept the received wisdom about the controversial religion.

Scientology’s local executive director, Maggie Kittinger, told the newspaper that the church had bought the building from erstwhile owner Grand Investment International for less than the $5.25 million asking price. That part is true: Jackson County real-estate records show that the actual sale price of the property was $5,076,092.

Acquisition and renovation, according to the story, would total $4 million. It’s hard to gauge the accuracy of that estimate, though, because the church, eight years after the deal, little progress is apparent at the property.

Paint is chipping on the exterior of the building, which is listed on the National Register of Historic Places. A gaping hole in a broken window on the east-facing side of the building attests to neglect. The only sign of life visible through the structure’s windows is a box of Velveeta cheese on the floor of a ground-level room.

The building is situated squarely within a prime-realty zip code, in the midst of downtown Kansas City’s comeback. Demand for its use is, in theory, high. Jackson County real-estate records show that the building has held a steady market value of $3.5 million since 2010. Properly developed, this parcel would yield valuable tax revenue to the county.

But the county’s records also show that, from 2010 to 2012, Scientology paid only $84 a year to cover its share of an assessment levied against all property that sits along a boulevard in Kansas City. (It paid $4,042 per year in 2013 and 2014 to cover the transportation-development-district assessment that is funding the under-construction downtown streetcar line.) The Star‘s headquarters, at 1729 Grand, valued by the county at slightly less than Scientology’s building, pays roughly $98,000 a year in real-estate taxes.

Scientology is exempt from real-estate taxes because it’s considered a religion, a designation it strong-armed the Internal Revenue Service into accepting in the early 1990s. But the church may be abusing that privilege; Missouri law states that a property must be “actually and regularly used exclusively for religious worship” in order for a religious organization to retain tax-exempt status on it.

Edwin Stoll, deputy chief administrator for Jackson County, tells The Pitch that the church has provided documentation that it holds events at 1801 Grand during downtown parades and such.

“While the church has not been able to utilize the entire building due to the needed construction and repairs, it has been confirmed that there is an ongoing religious use,” Stoll writes in an e-mail.

Of course, whatever is happening there, Scientology officials won’t talk about it. The Pitch over the years has asked Scientology what it plans to do with the building at 1801 Grand but has never received a response.

Recent inquiries have also gone ignored, which may owe something to Scientology officials busying themselves with damage control over Going Clear, an HBO documentary that premiered earlier this month. Going Clear portrays Scientology, started in Wichita in 1952 by the late pulp-fiction writer L. Ron Hubbard, less like a religion and more like a moneymaking scheme for well-paid executives at the expense of its members.

Ostensibly, Scientology wants to remake the City National Bank Building into what it calls “Ideal Orgs.” The long delay in opening Kansas City’s Ideal Org is emblematic of the lack of progress with similar buildings in other cities.

Ideal Orgs are improved versions of such buildings. (The org in Kansas City remains at 39th Street and Main.)

Around 2003, Scientology started buying up historic and sometimes opulent buildings to upgrade its inventory of existing orgs. Some of those buildings — notably one in Minneapolis — have been opened up to members. Many more remain empty and awaiting renovation, like Kansas City’s. That’s in large part because local Scientologists end up having to raise the cash for renovations.

The Church of Scientology claimed in 2007 that Kansas City was home to 10,000 members, but the organization is notorious for overstating the number of its adherents. One of its former presidents once testified that the church counts as members anyone who has picked up Hubbard’s book Dianetics, Scientology’s bible.

Even the purpose of an Ideal Org isn’t altogether clear.

Hubbard in 1970 explained it this way: “It is the product of the causative actions of many. Anything which is short of an ideal org is an outpoint that can be put right. The end product is not just an ideal org, but a new civilization already on its way.”

Not in downtown Kansas City.