Why is Progress Missouri suing the Missouri Senate? A chat with executive director Sean Nicholson 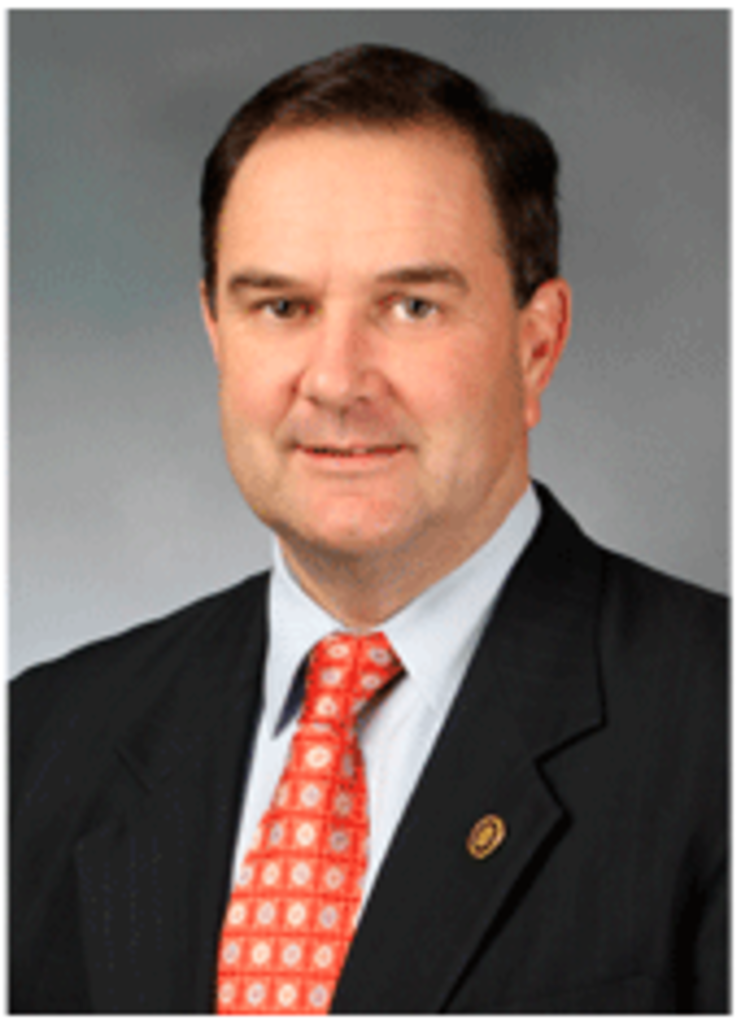 Earlier this year, the liberal advocacy group Progress Missouri — we’re fans — provided a noble and important public service that also happened to be hilarious, when one of its staffers attended a lobbyist-funded dinner for lawmakers at a Jefferson City country club and photographed and live-streamed House members cramming saffron sea bass and honey miso chicken into their jowly faces. It was an illuminating look at how political business is done in Missouri, a state with some of the loosest ethics laws in the nation.

The country club dinner was technically a public meeting, which is why Progress Missouri was allowed in — all public meetings can be filmed and otherwise documented under Missouri’s Sunshine Laws.

But lately, some Missouri state senators have been disregarding these laws and forbidding Progress Missouri from filming its meetings. This has been going on since at least the 2014 legislative session, but it came to a boil last week when Progress Missouri filed a lawsuit against the Missouri Senate asserting that such restrictions on filming are in violation of the state’s laws. Named in the suit are three state senators: Sen. Mike Kehoe (R-Jefferson City), Sen. David Sater (R-Cassville) and Sen. Mike Parson (R-Bolivar).

We recently caught up with Progress Missouri executive director Sean Nicholson to get his side of the story.

The Pitch: So, what ultimately precipitated the lawsuit? Was it just one instance or the combination of several times being prohibited from videotaping hearings?

Nicholson: We think our live streams and videos of House and Senate hearings are really useful public services, because their proceedings aren’t recorded like floor debate. There’s so much that happens in these hearings — some of it is great, some of it is horrifying — but all of it has a bigger impact on our lives than many Missourians might assume.

Sadly, Missouri senators have been ignoring the Sunshine Law for a few years now by denying members of the public and the press the simple ability to film what they’re doing in public meetings. The Missouri Sunshine Law plainly states that public bodies, including legislative bodies, “shall allow for the recording by audiotape, videotape, or other electronic means of any open meeting.” But some of them really, really, really don’t want the public to know what they’re doing.

You guys haven’t been disruptive in these meetings, correct? You just sit and film?

We sit quietly with a laptop and a webcam or camcorder. Senators haven’t suggested that we’re disrupting their proceedings — they’ve just issued blanket statements before or during public hearings.

You name Kehoe, Sater and Parson in the suit. Are they the only three who have prevented you from filming or are there others? What do the other legislators in the room do when these guys are trying to boot Progress Missouri from the room?

Progress Missouri has been denied access to film hearings in the past by Ron Richard, Scott Rupp and Will Kraus. Last year, former Sen. Nieves ordered all video and TV cameras out of a public hearing. A few weeks ago, PoliticMO reported that KRCG reporter Kermit Miller was denied the ability to film a public meeting.

At the same time, some senators, like Kurt Schaefer and Bob Dixon, have been welcoming, knowing that they have no business restricting public access to public meetings. We have a lot of concerns about the policies pushed by Sens. Schaefer and Dixon, but they’ve both been great about letting the sun shine into their hearings.

Is there a specific topic in these hearings where you get/got most resistance to videotaping them? In other words, is there a connection between the idiocy/odiousness of certain bills and the Senate’s heightened desire for privacy in these hearings, in your view?

I don’t get the sense that the denials are related to specific policy matters. Some of these senators just don’t think the Sunshine Law applies to them or their committees.

Do you think you guys being booted from these hearings is in any way retaliation for your shaming many lawmakers at that surf-and-turf lobbyist dinner earlier this year?

I’m sure a lot politicians in Jefferson City wish we didn’t shine a light on the ridiculous things they do and say. But the great thing about the Sunshine Law is that it protects the rights of everyone, regardless of political persuasion, to know what their government is doing and to be a part of their government.

Have you communicated with people in other states who have had to deal with lawmakers banning them from filming open hearings? Is this an issue in other states or just Missouri, in your experience?

We haven’t heard of any state legislature anywhere trying this hard to keep its public proceedings secret.

Do you think their defense will be that Progress is not a credentialed member of the media and thus shouldn’t be allowed to film? And what do you think of that defense?

The Sunshine Law is for everyone — you, me and every other Missourian. There’s nothing in the law (passed by the very same Missouri Senate that is now blocking public access) that allows for a club membership or test to be a part of government.

Are there any lawmakers from the KC area who have tried to boot you guys out?

Sen. Will Kraus has denied access in the past, but he allowed cameras in his hearings this year.