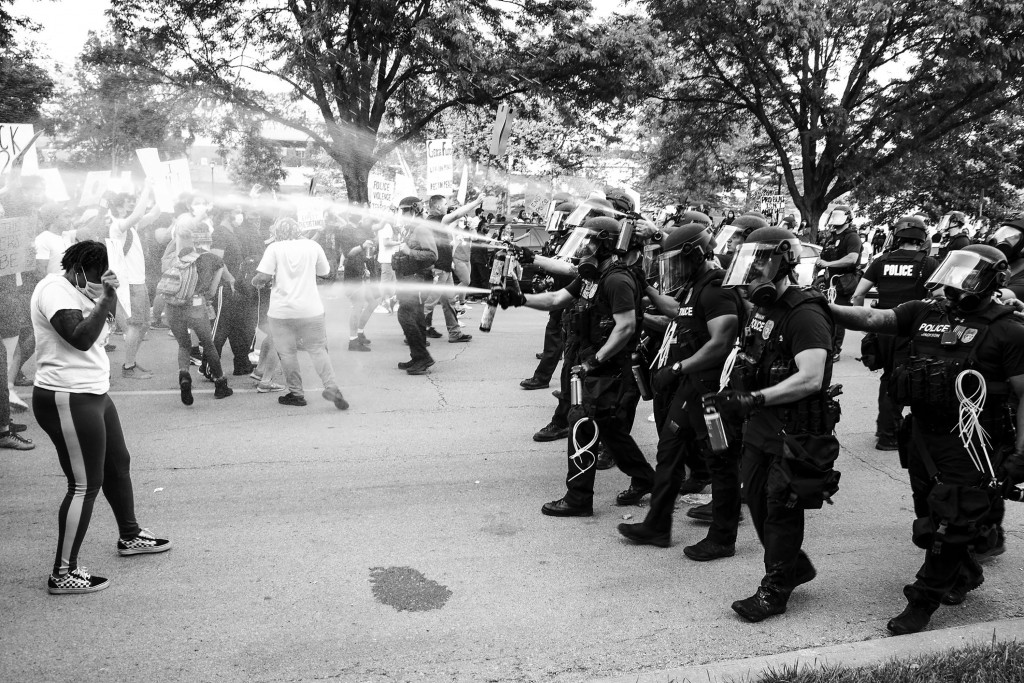 State control of the Kansas City police department is a ridiculous, demeaning form of paternalism that Kansas City has allowed for 80-plus years because political and civic leaders were either too lazy, too co-opted, or too cowed to do anything about it.

Now, it appears we are going to make another attempt to throw off the shackles. We will see if Mayor Quinton Lucas’s call for a public referendum on police control is just another half-hearted feint or the start of a genuine effort toward self-governance.

Lucas on June 25 announced plans to introduce an ordinance that would enable Kansas Citians to vote on whether they favor the city governing its own police department—you know, like every other major city in the United States does. A vote in favor on Nov. 3 would empower city officials to ask the Missouri legislature to give up state control of the department and create a new, locally based, governing structure.

“I think we have gotten to the point in that conversation where we need to ask the people,” Lucas said at a news conference announcing his plan. “We need to figure out how to bring the community together long term.”

Lucas’s call for a referendum was a welcome leap off the fence for the mayor. Although he’d enthusiastically supported local control of the police during his campaign, Lucas was surprisingly wishy-washy on the subject in the wake of the unrest that followed the videotaped killing of George Floyd by a Minneapolis police officer on Memorial Day.

“I’ve said many times I support local control of the Kansas City Police Department—but local control alone will not make our community safer or combat violent crime,” Lucas told The Pitch in a statement on June 15. “As mayor, I remain focused on actions we can take today to build police-community relations and to create a better Kansas City for all.”

Apparently, he decided a push for local control is one of those actions. Huzzah. But, as any good personal trainer will tell you, it’s all about the follow through.

But how did Kansas City even find itself in the untenable position of having the governor of Missouri appoint a board whose members select the police chief and set policies for the department?

The conventional wisdom about state control of Kansas City police is summarized in a few paragraphs in the “history” page of the department’s website. There, we learn that Kansas City’s police department was created under state control in 1874. (Many American cities, especially in the south, managed without official police forces until after the Civil War, when more affluent, white citizens decided they needed a mechanism to control freed slaves, union rabble rousers and general “disorder.”)

“It was governed by a board of men appointed by the governor,” the department’s narrative states.

But then: “The City Council, heavily swayed by a corrupt Tom Pendergast, approved a home-rule ordinance in 1932 that brought KCPD under city governance for the first time. Corruption of the police force ensued.”

Just like that! Local control equals corruption. Except corruption didn’t exactly “ensue” because Kansas City gained control of its police department. Kansas City had just boozed its way merrily through 13 years of Prohibition, with boss Tom Pendergast and City Manager Henry McElroy protecting the speakeasies and the state-controlled police force looking the other way—and almost certainly profiting from doing so.

With Prohibition ended in 1933, Pendergast and his crime partners skimmed from gambling and brothels. William Worley, a Kansas City historian, explains how it worked in “The Decline and Fall of the Pendergast Machine:”

“If those who plied these trades did not make the expected payments, the McElroy-controlled police could step in to shut down the illegal side of any of these enterprises. The fact that the police were essentially part of the machine after 1932 increased the effectiveness of the entire protection scheme.”

Kansas City may have been outrageous in its level of corruption during the 1920’s and 30’s, but it was not unique.

“Prohibition marked a change in how corruption was organized,” Gary Potter, a professor at Eastern Kentucky University, writes in The History of Policing in the United States.

“Organized crime was able to emerge from the shadows and deal directly with corrupt police. In many cities police became little more than watchmen for organized crime enterprises, or, on a more sinister vein, enforcement squads to harass the competition of the syndicate paying the corruption bill.”

Nevertheless, reformers in 1939 decided that the Kansas City machine had gone a bridge too far and sent the police department back under state control. And there it’s remained for 81 years.

We will pause here to note the irony that—due to fears of corruption—the Kansas City police department is controlled by a state government that absolutely reeks of corruption. See Eric Greitens, Steve Tilley, the attempts to overturn the Clean Missouri reforms and the torrent of dark money poured into state elections. And that’s just getting started.

Even if the Missouri state government wasn’t rank, its priorities have veered far away from the safety and health of the state’s largest city. After initially indicating interest late last year in some common sense gun safety reforms for urban areas struggling with gun violence, Republican Gov. Mike Parson flipped and said there was no way he was “gonna talk about gun control.”

And this is the guy who appoints members of the Board of Police Commissioners.

A few half-hearted attempts have been made over the years to “look into” local control—task forces, study groups and the like. They always come back with the same dodges. Change would be a lot of work. Kansas City’s police force is really pretty good. But, corruption!

Kansas City’s police department in general is well organized and trained. But violent crime in the city is out of control, the department’s clearance rate for homicides is abysmal (43 percent in 2019) and family members are questioning a number of fatal shootings by police officers.

“When I attend national conferences, I am pleased to hear about the reputation of the KCPD among other agencies,” Police Chief Rick Smith wrote in a blog post late last year, which has aged about as well as a dead catfish on a hot dock.

“We are known nationwide as leaders in everything from data-led policing to de-escalation training to social services,” Smith went on. “We have not experienced the strained community relationships or large-scale scandals other major-city departments have. That’s not by accident. Maybe it’s because of the members of our community who sit on our oversight board.”

This kind of pablum hardly originated with Smith. Every Kansas City police chief in memory has supported state control, which only makes sense. The state-appointed board appoints the chief, whose top priority is then to convey the ongoing message to the board that everything is just fine. And the board, which consists of four governor-appointed members and the mayor, is usually happy to let the chief dictate that narrative. It’s a lot less work for everybody.

But given the hundreds of anguished protesters who confronted his officers at the J.C. Nichols Fountain, and the number of individuals and  groups calling for the chief’s resignation, Smith and the board may be rethinking their sunny view of community relationships. The heat is on, and it’s not going to stop.

Melissa Robinson, the City Council representative for the 3rd District, has been pushing a resolution to once again study local control. Her constituents, she said, are especially interested in setting up a review board of police actions independent of the department, and they can’t achieve that under the current structure.

“I think that the energy is there,” Robinson says. “We need to capitalize on the community’s interest in this topic.”

She appears to have gained a powerful ally in Lucas. And after Nov. 3, supporters of local control are likely to have a resounding vote in favor from the citizens of Kansas City to work with.

Lucas was correct when he said that local control will not by itself make Kansas City safer or better. But at least the people we put in charge will be fully accountable for making that happen.