Why does Jack White look so annoyed in Kansas City? 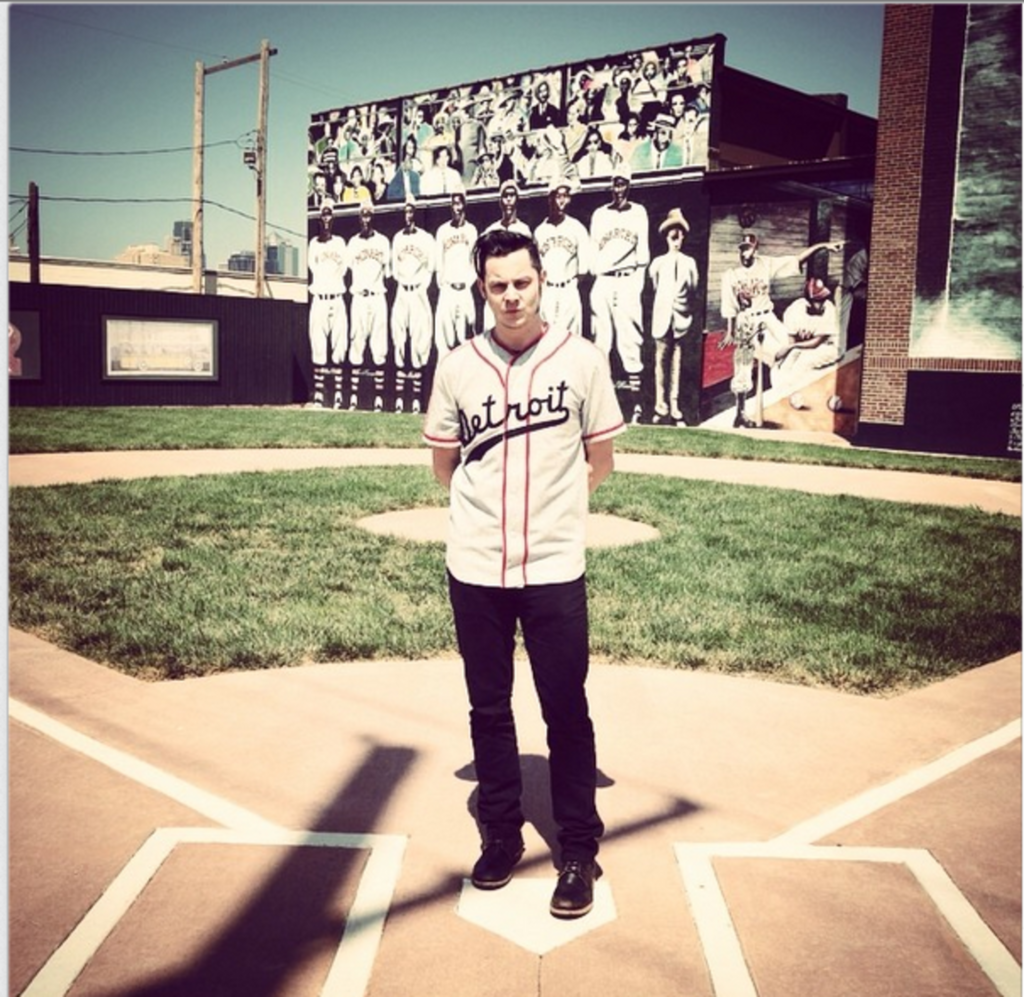 The only thing that remains constant among Jack White’s visits to various different baseball venues this summer is his scowl.

Late in July, the guitar virtuoso was spotted at Wrigley Field in Chicago wearing an expression of contempt. He hardly flinched from a surly gaze as he threw out the first pitch at a Detroit Tigers game three days later.

And Monday, White took on a churlish look as he stood before the mural outside the Negro Leagues Baseball Museum near 18th Street and the Paseo in advance of his evening show at the Midland.

So, why so glum, Mr. White? Is it because the Detroit native’s injury-riddled Tigers have fallen a game and a half behind the surging Kansas City Royals in the American League Central standings?