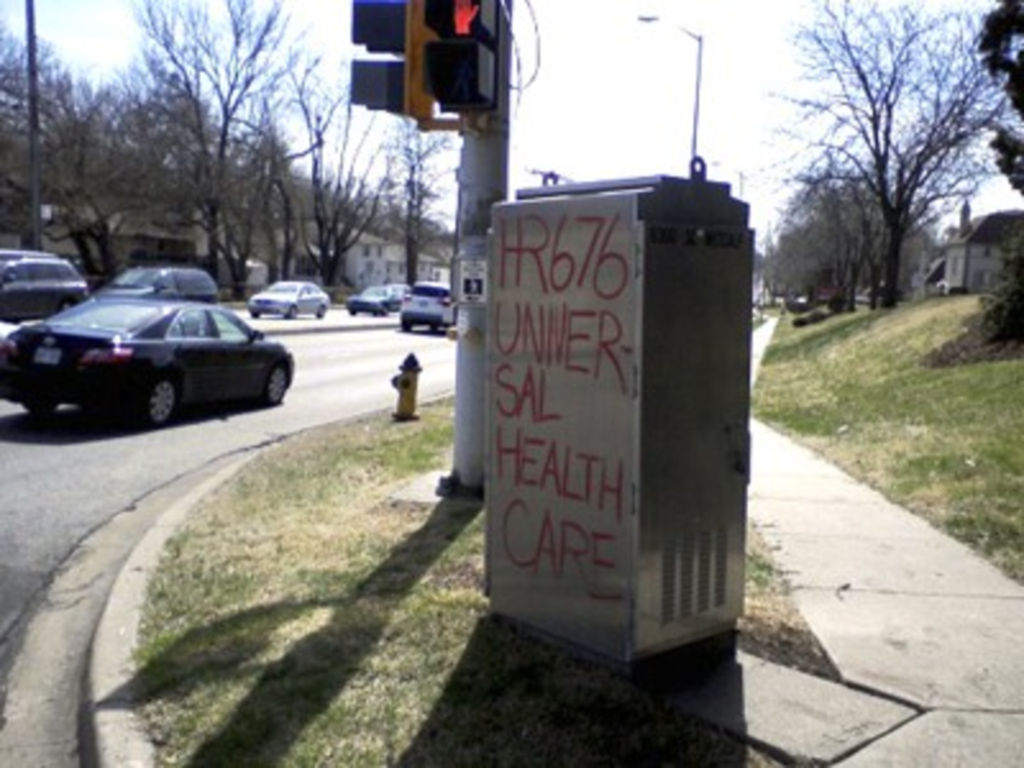 Pitch staff writer Justin Kendall has been keeping tabs on his favorite political huggermugger, Missouri state Rep. Cynthia Davis. Oh, how Kendall wishes that she lived closer than O’Fallon. Why does he love her? For one thing, she never thinks before she speaks — the words just come tumbling out as though part of some Joycean inner monologue. Earlier this month, for example, Davis was in a hearing about extending the “no campaigning” barrier at polling places.

“Usually, I just smile and wave and look pretty, and then make myself available for them to hug me and kiss me on their way out,” Davis said in her sweet singsong. “But then, there have been other times when … yes, c’mon. Maybe they don’t want to hug and kiss you, but they do me.”

If the choice is a smooch from Davis or a lame “I voted” sticker, who’s your new Statehouse pinup? Exactly.

Not that Kendall’s thirst for Davis is uncomplicated. Sometimes when you tip a glass to your lips, the ice cubes at the bottom tumble forward suddenly and smack you, and the sweet elixir spills onto your collar and down your shirt. Such is the barrier that Davis has thrown up to protect herself from the affection of fair-minded admirers, in the form of her delicate signature on a lawsuit that claims Barack Obama can’t be president because he isn’t really a U.S. citizen. As Kendall reported on Plog last week, Davis apparently believes that Obama’s real name is Barry Soetoro and that he’s from Indonesia. She apparently believes it even now, months after every last bit of sub-Oliver Stone conspiracy-mongering was disproved and then disproved again.

Oh, Cynthia. Everybody knows that bullshit grandstanding is hotter than Sarah Palin making out with the cast of Gossip Girl. But, really, stop trying to impress Kendall and think about your constituents.

The Barnes on Fire

Ladies, there’s someone special on the scene for you, too. Someone with power. Someone with a nuanced understanding of public discourse and an abiding sensitivity to the feelings of others. That’s right: Wyandotte County Unified Government Commissioner Nathan Barnes, the perfect Sunflower State complement to Davis.

Wiebe covers the Kansas City, Kansas, Board of Public Utilities, and he does a pretty good job. He has rightfully hammered the BPU in his columns. (Kendall is no slouch at uncovering corruption over there, either; see “Monopoly Boy,” October 14, 2008.) So it came as a shock to hear Barnes call Wiebe a “Klansman.”  The Kansas City Kansan reported that Barnes had done just that in front of a couple of reporters at a meeting two weeks ago.

The Kansan‘s Sam Hartle asked Barnes why he would make such a remark. Barnes apparently felt that his district wasn’t getting positive coverage from The Star. Barnes answered that it “was just a conversation between me and him [Wiebe].”

Commissioner Barnes, when you call someone a Klansman at a public meeting, in front of reporters, it’s not a private conversation. Also, it’s not very smart.

For his part, Wiebe told Kendall in an e-mail: “Barnes’ remarks to me at the meeting had no context. He made his accusation without explaining why he was making it. I could not discern any point he was trying to get across. A few days earlier, however, he expressed frustration with my February 25 column in our [The Star‘s] Wyandotte County section, a column that took a close look at a policy proposal Barnes advanced. I suspect, but cannot say for sure, that this is the true source of his frustration.”

Cynthia? Nathan? You get all that? Suspicion isn’t the same as fact, no matter which side you’re on and no matter how frustrated you are.