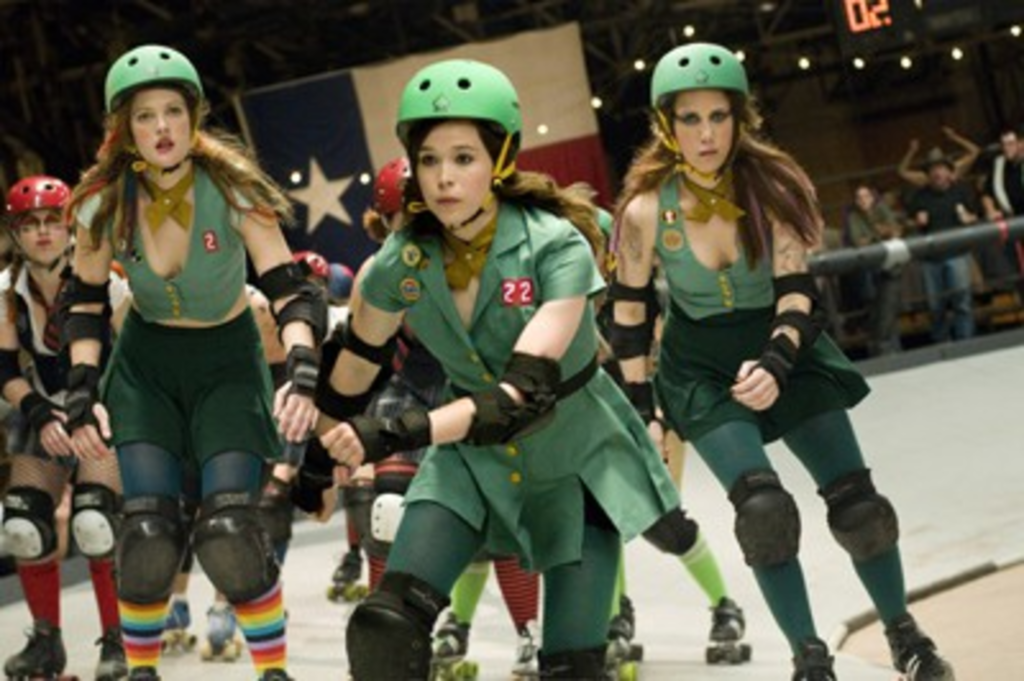 Drew Barrymore, making her directorial debut, is blunt about her inspirations for this tale of an anguished debutante-turned-roller grrrl. The only thing that keeps Barrymore’s effort from playing like an American Movie Classics rerun is the soundtrack, an alterna-rock all-skate to which Juno‘s Ellen Page goes ’round and ’round an Austin, Texas, roller-derby rink during her rather sudden rise from klutz-on-wheels to girl-power poster child. Page’s beauty queen Bliss Cavendar is ultimately the least interesting character in the film — a more-good-than-bad youth in revolt clashing with an overbearing but well-meaning mom (Marcia Gay Harden), a sweet but disinterested dad (Breaking Away‘s Daniel Stern), the best friend with big plans (Alia Shawkat), and the mopey-dopey indie rocker who fucks her over (Landon Pigg, a singer-songwriter making his, um, acting debut). Highlights: Andrew Wilson as the roller girls’ coach and the roller-derby vets (Juliette Lewis and Kristen Wiig) about whom we learn just enough to wish the movie was focused on them instead.