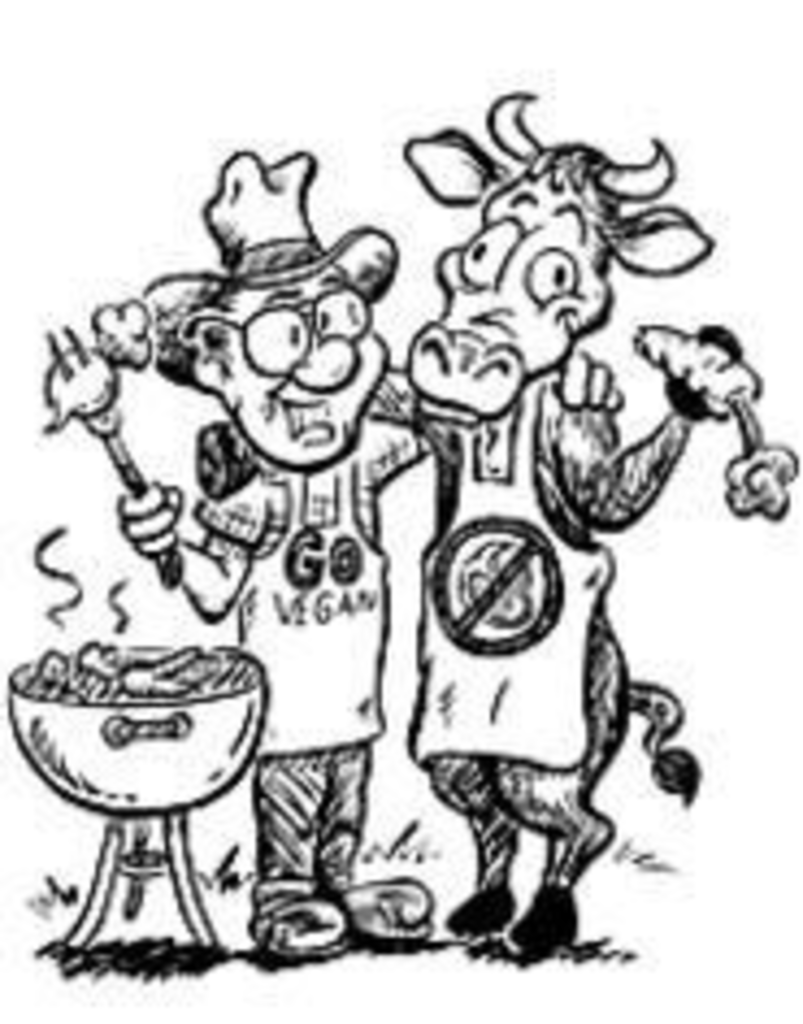 Howard Lyman used to be a vegetarian’s worst nightmare.

As a dairy farmer and cattle rancher in Montana, Lyman turned the organic farm that had been in his family for generations into a million-dollar agribusiness with 5,000 head of cattle.

He loved eating food from his farm. A typical day’s fare included half a dozen scrambled eggs with cheese, bacon, toast and a glass of orange juice for breakfast; a hamburger, pork and beans, and potato salad for lunch; steak with french fries and corn for dinner; and a pint of ice cream topped with a banana for dessert.

That was how most people in rural Montana ate, he says.

“Growing up, I knew one vegetarian,” Lyman says. “Her name was Atlantis. She was a very strange lady.”

Lyman began changing his lifestyle after he was diagnosed with a cancerous spinal tumor in 1979. His surgeon removed the cancer, but while Lyman was lying in the hospital, he did a lot of thinking about his unhealthy diet and the way his application of chemicals had changed the soil and vegetation on his land.

A few years later, Lyman and his wife sold the farm, and in 1990 Lyman became a vegetarian. A year later, he further rid his diet of dairy and eggs.

When he decided, he says, to “tell the truth” about corporate farms’ contribution to poor health, environmental degradation and animal cruelty, Lyman became a cattle rancher’s worst enemy. He wrote Mad Cowboy: Plain Truth From the Cattle Rancher Who Won’t Eat Meat and began traveling around the world to spread his message.

Lyman’s 1996 appearance on Oprah made him famous, though maybe not in the way he’d hoped. On the show, he revealed how then-common agricultural practices — such as feeding ground-up bits of dead cow to other cows — put Americans at risk for Mad Cow Disease. Oprah Winfrey replied, “You’ve just stopped me cold from eating another burger.”

For that, a group of Texas cattlemen hauled both of them into court with a $10 million lawsuit; under the Texas Food Disparagement Act, it was slanderous to diss a perishable food product. The lawsuit cost Winfrey millions of dollars before a judge threw it out of court in 2002.

When Lyman comes to town this week, he plans to encourage his audience to go vegan, mostly by sharing his own story. On a diet of oatmeal with apples, bean burritos and huge salads topped with veggies, fruits and nuts, he’s dropped 150 pounds — “I lost a person,” he says. And his cholesterol reading has plummeted.

“I’ll tell you how you get your cholesterol below 150,” Lyman says. “Stop stuffin’ it down your throat! All cholesterol comes from animal products.”

And he has a beef with those in the food industry who say no food is a bad food.